A bookstore in New Taipei aims to bring a little piece of home to new migrants and help locals connect to the region. 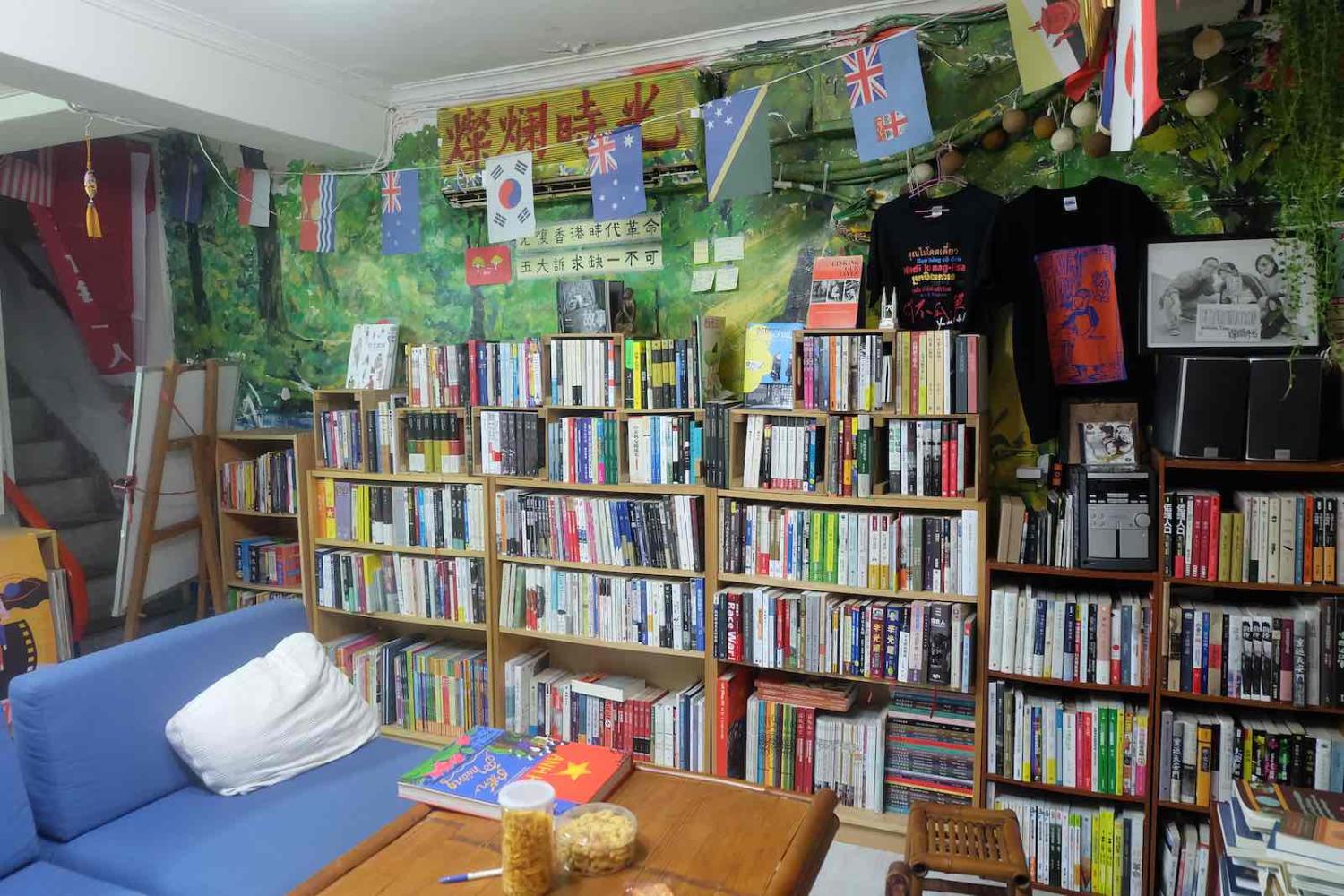 Yun-Chan Liao remembers it was about ten years ago when she first heard Southeast Asians in Taiwan saying that Taiwanese people treat cats and dogs well, but they weren’t so nice to migrant workers.

Her husband Chang Cheng agrees. “You know, we’re journalists. We think this issue is about justice,” Chang says.

“For us, it’s a new issue. Before we began to study this, we didn’t know too much Southeast Asian culture.”

“The number-one purpose of Brilliant Time is to inspire more people to support migrant workers, to understand other cultures, like Indonesian culture, Vietnamese culture,” Chang says.

Hundreds of thousands of Southeast Asian migrant workers, mainly from Indonesia, Vietnam, and the Philippines, travel to seek out jobs in Taiwan. According to Taiwan’s Ministry of Labor statistics, there were more than 700,000 foreign workers in productive industries in October 2019 (274,970 from Indonesia, 224,367 from Vietnam, 157,030 from the Philippines, 59,756 from Thailand).

Yet while the lure of paid employment is a constant drawcard, there are plenty of drawbacks. Navigating local prejudice can be difficult, a view that migrant workers have “low education, no talent”.

So Chang and Liao struck on a plan. Both journalists with a love of words, they established “Brilliant Time”, a bookstore in New Taipei City’s Zhonghe District. The shop houses more than 2000 books of various genres in Filipino, Indonesian, Thai, and Vietnamese, as well as books about Southeast Asia in English and Mandarin. The aim was to foster a sense of belonging.

“The number-one purpose of Brilliant Time is to inspire more people to support migrant workers, to understand other cultures, like Indonesian culture, Vietnamese culture,” Chang says.

“I think that’s the most important goal for us,” he adds. “Let them focus on the book, the culture, and maybe we will know each other more.”

For a supposed “bookstore”, Brilliant Time actually resembles more of a library. Books are not sold here. Instead, they are lent out for a deposit. And the store relies on a novel – pun intended ­– way of obtaining its merchandise.

Before opening Brilliant Time, Chang published an article in Liao’s magazine that encouraged Taiwanese to “bring a book you cannot read” if they travelled in Southeast Asia. He said many migrant workers want to read books, but they can’t afford to. So the idea was to collect stock by also encouraging locals to think about the needs of migrant communities.

How much influence such a project can have is difficult to measure. But Liao believes that Southeast Asian migrant workers are more accepted today in mainstream Taiwanese society. It is little signals that count. For example, Taiwan’s domestic media now refer in Mandarin to “migrant workers”, instead of a more pejorative term “foreigners”, as in the past.

The migrant worker community is also a potential resource for Taiwan’s government. In 2016, Taiwan’s president Tsai Ing-wen launched the New Southbound Policy (NSP), with the aim to strengthen Taiwan’s sense of economic community with South Asian, Australasian, and ASEAN countries, and reduce its dependence on China, traditionally Taiwan’s largest trading partner. Earlier this year, Tsai boasted of the policy’s success, with increased two-way trade with target countries and increased investments in Taiwan by NSP countries, up 60% since its inception.

Whether stronger economic ties can translate into stronger connections between communities or dispel concerns over labour disputes or exploitation is open to debate, yet Tsai is determined. She paid the Brilliant Time bookstore a visit several years ago, and this year encouraged Taiwan’s Southeast Asian new migrants to participate in the commemoration last month for Taiwan’s National Day celebration in Taipei. A 30-member chorus of Southeast Asian women dressed in their national costumes from Indonesia, the Philippines, Thailand, and Vietnam, turned out to sing the national anthem of the Republic of China, Taiwan’s official name.

Chang has a simple hope. If Taiwanese people understand Indonesia, the Philippines, Vietnam, and Thailand more, they will treat the migrant workers on the basis of friendliness and equality. Brilliant Time now employs three staff members and rents a three-storey building in New Taipei City, instead of Taiwan’s capital of Taipei, in order to keep down operating expenses and commuting time. Chang and Liao fund the store from their own pocket, along with some donations.

“We hope Taiwanese people know there is a bookstore and the books inside are written in Bahasa Indonesia, in Thai, and the Taiwanese people would be surprised,” he says. Understanding grows from knowledge, as both he and Liao chant together.

“They can write! They can read!”

Talk of new aid cuts raise new questions about what sort of serious alternative can be fashioned to China’s Belt and Road Initiative.
6 Dec 2016 17:17

Why Chinese economic diplomacy is working in Southeast Asia

Chinese-style economic diplomacy is focused more on the ‘hardware’ of economic cooperation and less on the ‘software’.