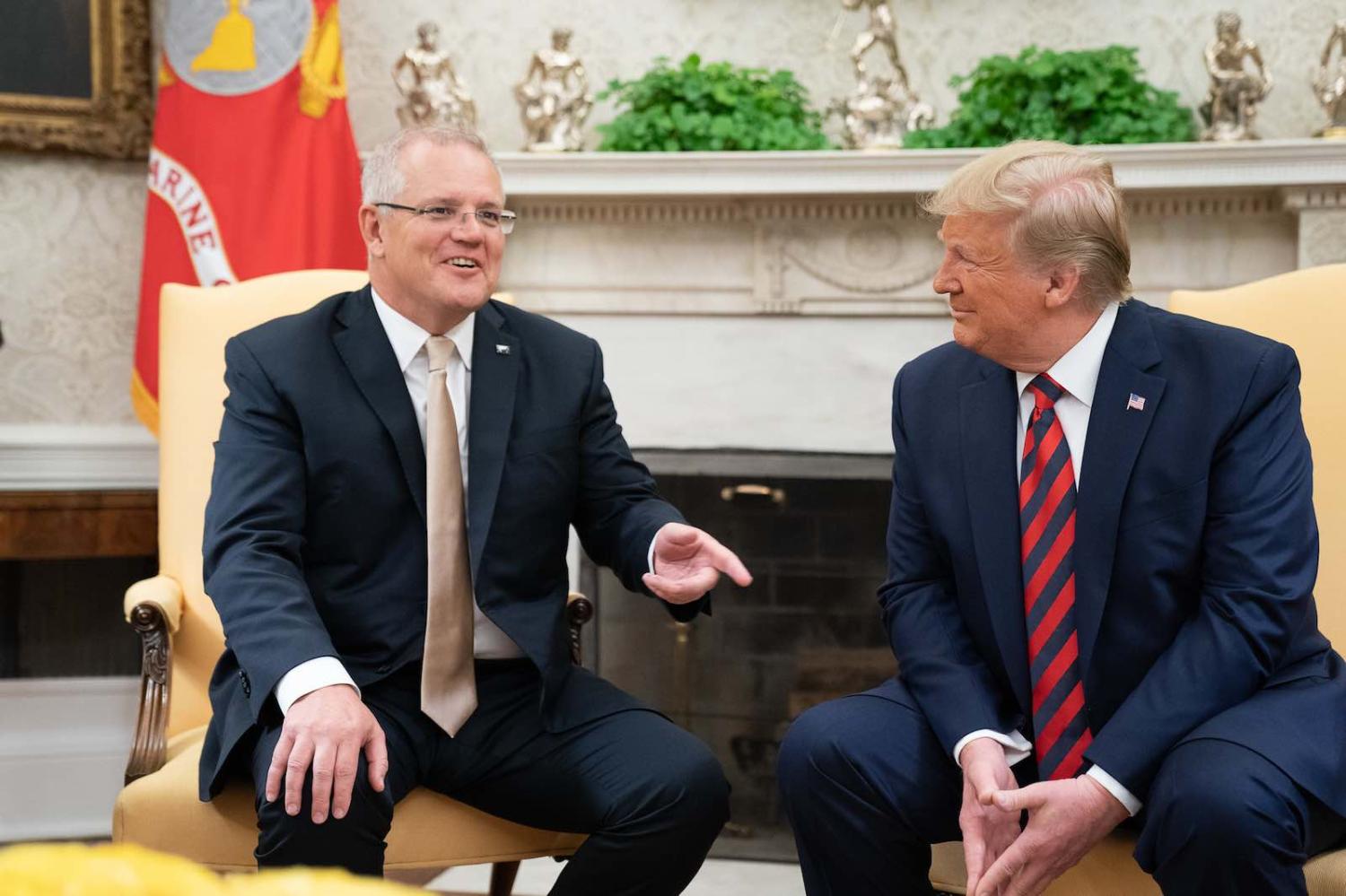 Over the last two years, US President Donald Trump has made two trips to Southeast Asia and none to Australia. Despite this, according to White House media notifications, Prime Minister Scott Morrison and his predecessor, Malcolm Turnbull, each engaged more with Trump than the ten leaders of Southeast Asia combined.

Over this period, more than 50 foreign leaders have met Trump at the White House, some more than once. The White House guestbook for this period includes the signatures of three leaders from sub-Saharan Africa, two from Central Asia, and 25 from Europe. Turnbull was among these visitors as part of his state visit to the US in early 2018, and Morrison likewise in September this year. Morrison also met with Trump at the 2018 and 2019 G20 gatherings.

According to White House notifications, over the last 24 months, no Southeast Asian leader has visited the White House or met with Trump at the G20. In this period, Prime Minister Lee Hsien Loong of Singapore has been the only Southeast Asian leader to meet with Trump in the US (on the sidelines of the UN General Assembly in New York this year). Lee also met with Trump prior to the first summit between Trump and North Korea’s Chairman Kim Jong-un, hosted by Singapore last year. Vietnamese President Nguyen Phu Trong and Prime Minister Nguyen Xuan Phuc followed suit prior to the second Trump-Kim Summit, hosted in Hanoi in February this year.

Outside of Singapore and Vietnam, the only other registered contact between Trump and a Southeast Asian leader over the last 24 months was when Trump called Indonesian President Joko Widodo to express condolences and offer assistance after an earthquacke and tsunami struck the island of Sulawesi. Unfortunately, the White House ceased the regular release of media notifications about Trump’s phone calls with foreign leaders in late 2018.

The large number of leaders from all over the globe except Southeast Asia who have visited the White House in the last two years weighs against the first explanation. So does Philippine President Rodrigo Duterte’s undiplomatic rejection of Trump’s April 2017 invitation to come to the White House. Following the example of President Barack Obama, Trump has invited all ten Southeast Asian leaders to a special summit in the US in early 2020.

Let’s see what happens with this invitation.

Scientific discovery has a long history of serving the high politics of state.
Graeme Smith 23 Jan 2018 16:47

Serving the Party does not always equate with serving justice.
Greg Raymond 25 Jul 2017 08:46

A clean, elected, non-Thaksin Thailand government might be able to walk a narrow path by pursuing more progressive social and economic policy without offending the powerful elites.