While cheerleaders dance in PyeongChang, officials in Pyongyang are pushing ahead with a nuclear and ballistic missile program. 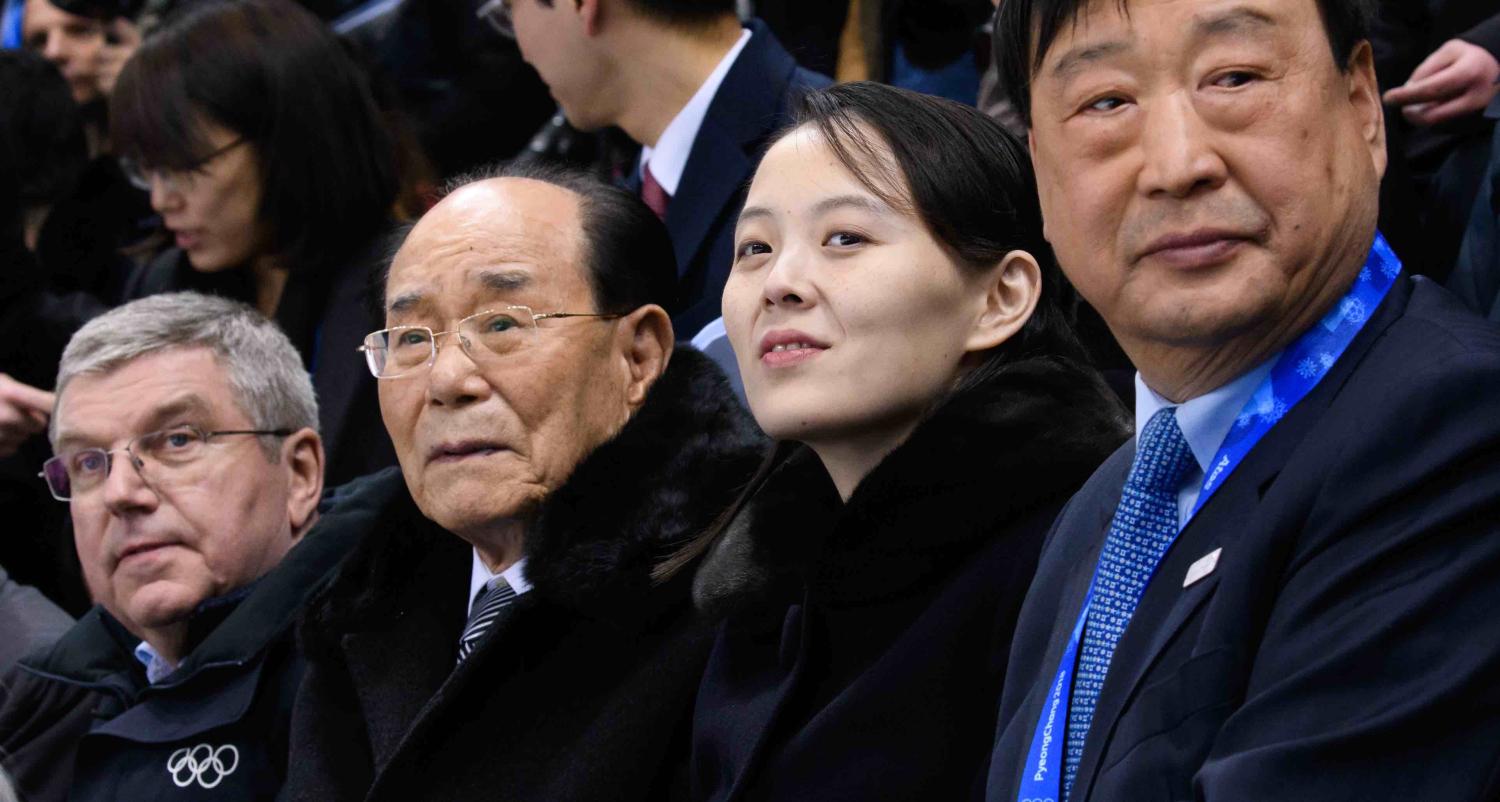 It is tempting to view North Korea’s participation in the Winter Olympics as an olive branch, a step back from the edge of nuclear brinkmanship.

That’s certainly how much of the media is choosing to see it. Of course, it helps that the North Korean “unification” team is accompanied by brightly uniformed cheerleaders and the disarmingly photogenic Kim Yo-jong, sister of North Korea’s dictator. Quips about “thawing” relations during the Winter Olympics are sure to bring clicks.

But Korea watchers should know better than to be fooled by the latest page in the same old playbook of North Korean tactics. Because while North Korean cheerleaders dance in PyeongChang, officials in Pyongyang are orchestrating the final push for the regime’s nuclear and ballistic missile program.

In his January State of the Union Address, US President Donald Trump confirmed he expects that North Korean nuclear-tipped missiles will soon be able to reach the US mainland. This would add to the regime’s already demonstrated capacity to hit Guam or Japan.

Should this happen, reports that paint North Korea’s participation in the Games as a “hope for peace” will be revealed as nothing more than delusion of Olympic proportions. Ever the opportunist, North Korea is participating in the Winter Olympics for three main reasons, none of which should inspire hope.

First, North Korea is taking a strategic breather. In 2017 the international community showed it is willing to respond to North Korean provocations with a more muscular and coordinated stance. Even its long-time supporter China showed new resolve to pull the regime into line, while tough new sanctions imposed in December are starting to bite.

However, North Korea is a master manipulator with a long history of using diplomacy to buy time. This is precisely how a small dictatorship, with barely enough infrastructure to keep its own lights on, has managed to continue a nuclear weapons program in defiance of the world’s most powerful country. North Korea will be hoping its Olympic Games charm offensive brings some respite from mounting international pressure.

Second, North Korea is playing a “divide and conquer” strategy. South Korea’s President Moon Jae-in, a political liberal who came to power promising a peaceful relationship between North and South, has shown that he is much more willing than the US or Japan to accommodate North Korea. As a result of the Winter Olympics, President Moon is now considering a rare North–South summit that would cut the US out of the dialogue.

While this might look like a promising sign, deterrence works best when messaging is consistent. The prospect of bilateral talks, not to mention President Moon’s request that the US postpone joint military exercises during the Olympics and cozy up to the North Korean delegation, dilutes the messages Kim is receiving.

Third and finally, North Korea is engaging in psychological warfare against South Koreans and people in the West more generally. Seeing North and South march side by side at the Games is without doubt emotional viewing. However, it is most likely orchestrated to drain South Koreans’ will to increase pressure against their neighbour or, should it come to it, support a fight between North and South.

That is not to suggest that war is anything other than a terrible option. However, it must stay on the table if the US and its allies are to maintain a credible deterrence posture against North Korea. By encouraging South Koreans to believe in the chimera of reunification, North Korea is attempting to limit the strategic options open to its adversaries.

Moreover, arguments that North Korea’s participation in the Games is a show of unity that could inspire North Koreans to peace are badly misguided. Remember, while computer and TV screens across the world are flooded with images of President Moon smiling next to Kim Yo-jong, and of North and South Koreans standing together, the North Korean people are not sharing this experience. Information inside North Korea is carefully stage-managed; only a very small circle of elites even has an internet connection. This means North Korea can shape perspectives in the rest of the world without affecting its own people’s diet of lies and propaganda.

The best response to manipulation and propaganda is honesty and objectivity.

Responsible reporting on North Korea’s involvement in the Olympics must be clear-eyed about just how likely North Korea is to alter course. Western media must refuse to be used as a pawn in a dictator’s game.

Honesty, to both their constituents and themselves, is equally vital for world leaders. The hope of reduced tensions is a powerful motivator, but politicians must be careful not to trade away their ability to deter or counter North Korean aggression on hope alone. They must make it clear to North Korea that they know what game it is playing, and will not continue to grant concessions without reciprocation.

Otherwise, once the Winter Olympics closing ceremony is over and the cheer squads have returned across the border, North Korea watchers will find themselves reporting – as so many times before – that we have been played for fools.

Don’t discount the chances of a new Korean war

Robert Kelly says he doesn't know 'anyone serious who advocates air strikes'. But what is his definition of 'serious' if it excludes the US president?
Robert E Kelly 17 Jan 2017 09:17

Historians will see Obama’s mature presidency as a high point for US relations with the region.
Susan Hutchinson 12 Apr 2017 14:32

The IIIM is not is not a panacea. Its tasks are very specific. Nation states now have to step up to the plate.