Come what may, North Korea perseveres

No manner of sanctions appears to dent Pyongyang’s determination to remain solitary and nuclear armed. 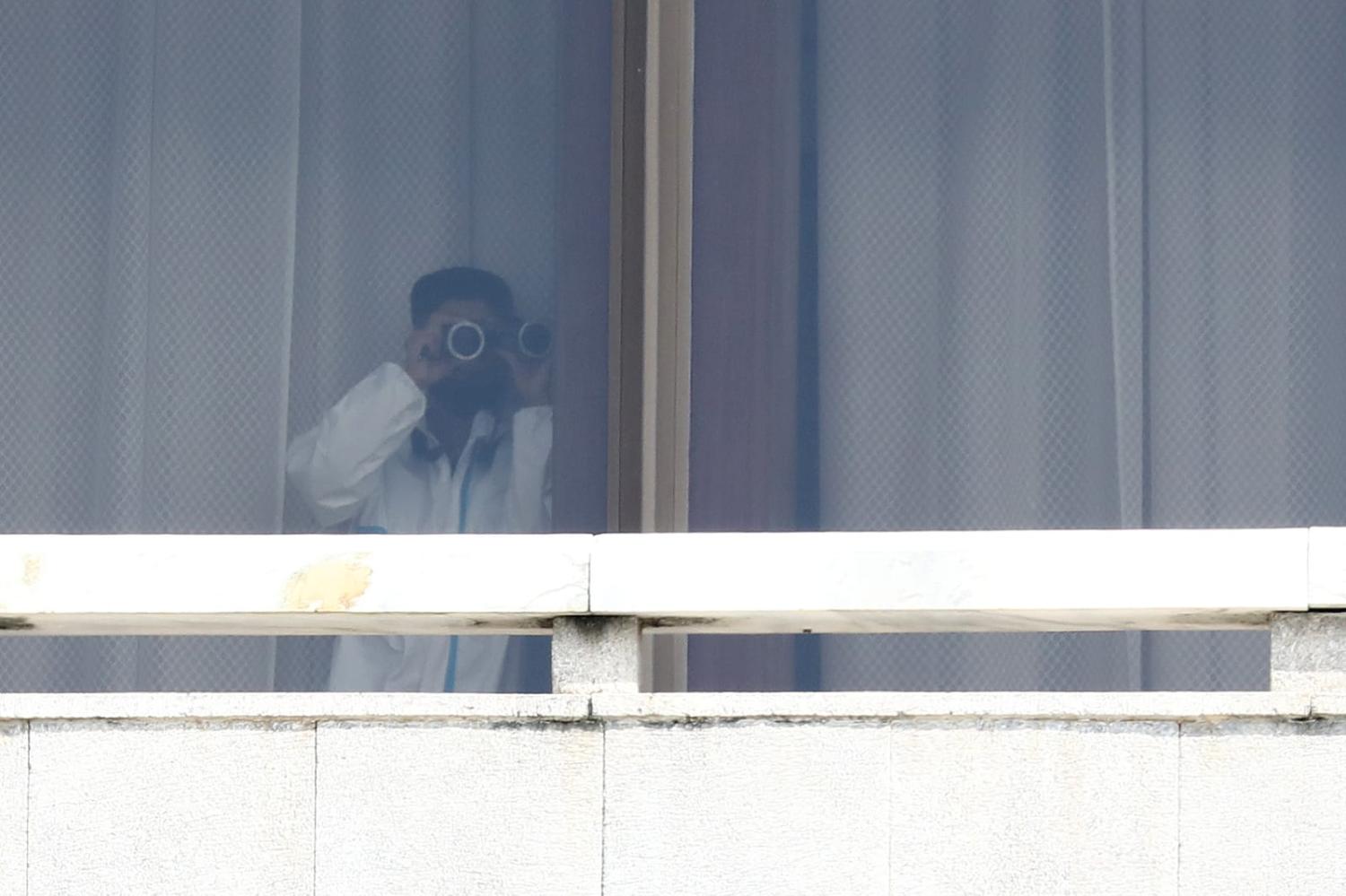 Less than two months since North Korea declared victory over Covid-19, the country is again sending missiles flying – with one salvo passing over Japan for the first time since 2017. There are continued signs that a seventh nuclear test could soon be carried out, as well as a new law saying that North Korea would launch a pre-emptive atomic strike if its nuclear command and control system were in danger. Chairman Kim Jong-un affirmed that “there will no longer be any bargaining over our nuclear power”.

While it seems North Korea’s victory over the pandemic has provided a chance for further escalation, the country has never shied away from provocations, even while it was dealing with the virus. When the country closed its international borders in January 2020, experts saw the development as a test of North Korea’s resilience while under international sanctions, particularly after trade with China collapsed. The theory went that in the past, North Korea had advanced its weapons program thanks to China’s backing – so with Chinese help (intended or not) in adding to the pressure of international sanctions, North Korea will be tamed.

But what has happened since 2020 should dispel this notion. After a brief respite, North Korea got back into the swing of missile tests, with 25 since March 2021, including several intercontinental ballistic missile launches. All this while its borders remained closed. Throughout the pandemic, North Korea has shown that it is willing to put an extreme economic burden on its people and let nothing derail its goal of obtaining nuclear arsenal.

Sanctions appear to strengthen the power of the state, leaving the common people to be punished.

Economic sanctions change a state’s behaviours by either impoverishing the target or imposing a costly process of economic adjustment. And to increase efficiency, sanctions can directly target the political leadership or the economic groups that have major influence on the leadership, who will later pressure the leadership to change course. The pandemic would appear to have offered a perfect circumstance to constitute a successful “sanction”, for by cutting itself off from the world, it affected walks of life in North Korea and forced the country to adopt austerity measures due to a shortage of foreign goods and a decline in domestic production.

But North Korea persevered and for good reasons.

The country has been under sanctions for so long that additional measures do not make any differences. Its system of social stratification means that while everyone is equally exposed to the virus and its economic impacts, only the privileged get treatment while the majority is left to fend for themselves.

When the country resumed rail trade with China in late September, most of the cargo consisting of food and medicine headed straight towards Pyongyang, not to other regions. In April 2022, Kim opened a new “luxurious residential district” for his elites in Pyongyang, omitting any mention of hardship. And Kim has exploited the pandemic to further tighten the government’s control over the black market to extract more money for the state, presumably to make up for the loss of export incomes. The economy was under great stress, but this did not threaten the survival of the regime.

If North Korea can endure great pain and commit to weapons development, it will reject offers of economic rewards that would see those weapons taken away.

Importantly, despite fears that China imposing full sanctions on North Korea could lead to its collapse, the opposite is also possible. More sanctions appear to strengthen the power of the state, leaving the common people to be punished. And were China to threaten economic sanctions, this would only harden North Korea’s will to complete its nuclear program, as it has demonstrated vis-à-vis Western sanctions. China could exert its leverage to dictate the tempo of North Korean nuclear tests, but it could never tell North Korea to give up its weapons.

With a national vaccination campaign underway, North Korea appears to have passed the pandemic test. And thanks to the isolation of Russia and the intensification of US–China rivalry, it stands to gain handsomely in the next few years. While Pyongyang has denied US accusations that it has sold ammunition to Russia, North Korea has defended its right as a sovereign state to do so whenever it chooses. Neither Russia nor China will allow further United Nations sanctions on North Korea if it tests more weapons, and they have even suggested easing those sanctions for humanitarian purposes.

If North Korea can endure great pain and commit to weapons development, it will reject offers of economic rewards that would see those weapons taken away. The United States can impose more sanctions on North Korea to signal displeasure short of military action, but there is nothing it can do to pressure Pyongyang to denuclearise. An arms control policy that recognises North Korea as a de facto nuclear power is nowhere in sight while the Biden administration is occupied by other priorities and sticks to a “complete denuclearisation of the Korean Peninsula” formula.

North Korea has survived far worse economic crises in the past, and in the latest one, it has persevered again.

These elections are a barometer for the ruling party and will provide a sense of the public's satisfaction with it.
Danielle Cave 10 Mar 2017 10:59

Pyongyang is giving Washington a taste of its own “strategic patience” medicine.