The ongoing plight of the Yazidis

The plight of the ever-persecuted Yazidis remains as dire – and as invisible – as ever. 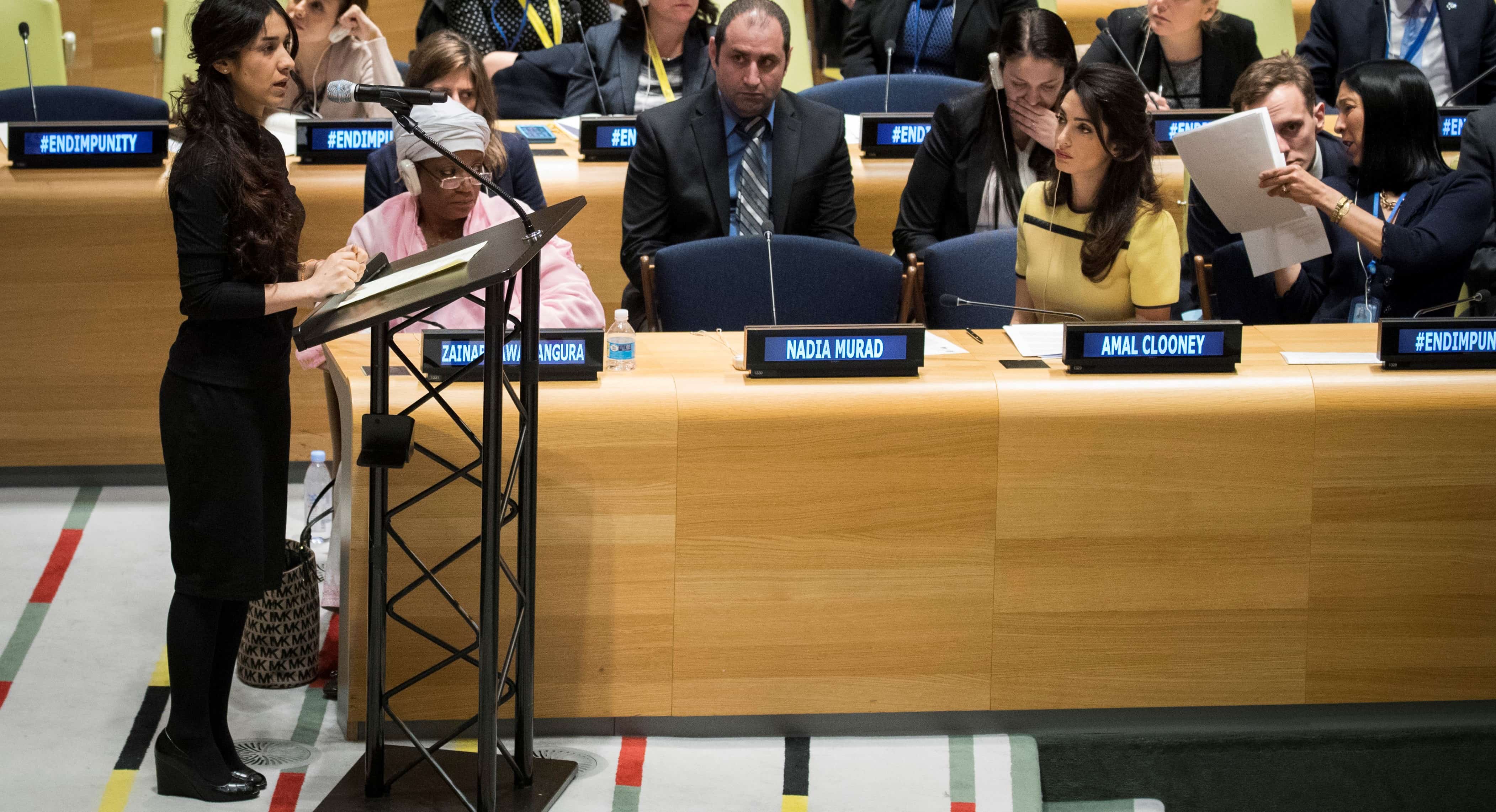 As the Iraqi Army and Shiite militias drive Kurdish forces out of cities and villages in the wake of the Kurdish Regional Government's independence referendum, the plight of the ever-persecuted Yazidis remains as dire – and as invisible – as ever.

Caught between two governments vying for land and power, neither of which has the Yazidis' interests at heart, this community is being further dispossessed of its identity and homeland. Despite the shared Iraqi and Kurdish goal to rid Iraq of Islamic State, the current geopolitical situation is serving to continue the genocide Islamic State launched against the Yazidis in August 2014.

Islamic State targeted the Yazidis for annihilation, labelling their pre-Abrahamic religion as polytheistic and devil-worshipping. With justification from religious 'scholars', Islamic State set out to eradicate Yazidis as a people and destroy any remaining trace of their culture. Islamic State's self-proclaimed caliphate is no more, but for Yazidis, the struggle is far from over, as they face continuing persecution by Iraqi and Kurdish authorities, fighting over their lands, and prevention of access to that land for rebuilding. With thousands of Yazidis still in captivity and hundreds of thousands displaced, the genocide is, as the 2016 Independent Commission of Inquiry into the Syrian Arab Republic found, ongoing.

But as well as the continued brutality of ISIS, bureaucratic and institutional discrimination continues against Yazidis by both Iraqi and Kurdish authorities, deliberately excluding Yazidis from policy development or decision-making. Yazidis are virtually unrepresented in both governments, left out of education programs, and in many ways erased from the official fabric of the region. For example, they are prevented from registering officially as 'Yazidi', a longstanding policy that entrenched prejudice during the Saddam Hussein era and still used today to deny Yazidis a voice in politics and to deny them existence.

Islamic State fighters may largely be defeated, but will they be held accountable for their international crimes? Their genocidal strategies, including massacres of men and elderly women, abduction and enslavement of Yazidi women and children, widespread sexual violence and trafficking, and measures to prevent the birth of Yazidi children, were designed to disrupt the continuity of the community.

Several UN bodies have officially recognised Islamic State crimes against Yazidis as genocide, as have the US State Department and US Congress, European Parliament, UK House of Commons, French and Scottish Parliaments, and Canada's House of Commons. It is hoped the Australian House of Representatives will soon pass a motion recognising the genocide and supporting criminal prosecutions under international and domestic law. In November, the Australian Senate is due to pass a motion on the investigation and prosecution of those who perpetrated sexual violence as war crimes, crimes against humanity and genocide while fighting with Islamic State.

Symbolic statements of recognition and legal accountability for these crimes are fundamental to justice and healing for Yazidi survivors. After two years of advocacy by Yazidi survivor Nadia Murad and her legal counsel Amal Clooney, the UN Security Council recently passed Resolution 2379, establishing an independent investigative team to help prosecute Islamic State for international crimes perpetrated in Iraq. The team will collect evidence of these crimes, which can then be used in trials against Islamic State militants around the world. As Clooney said, the resolution 'provides a global response to Islamic State that extends beyond the battlefield to include a commitment to punishing individuals through the courts. It is a major victory for Islamic State victims, who have bravely campaigned for justice and waited too long for a chance to see their tormentors in the dock.'

The resolution 'underscores that the Investigative Team shall operate with full respect for the sovereignty of Iraq and its jurisdiction over crimes committed in its territory', and now that Iraqi forces have taken control over Sinjar, responsibility to protect massacre sites and other evidence of Islamic State crimes falls to Iraq. The resolution also, however, calls on the international community to uphold its legal obligations. Countries that have been a source of Islamic State's foreign fighters, such as Australia, are obliged to investigate and prosecute, in cooperation with the Iraqi Government, their own nationals who are alleged to have committed these crimes.

The most pressing case in the Australian context is Neil Prakash, currently facing criminal proceedings in Turkey. Australia is seeking his extradition to face additional terror-related charges here. While Turkey has not ratified the Convention on the Prevention and Punishment of the Crime of Genocide 1948, Australia has criminalised genocide, incorporating it into Division 268 of the Criminal Code Act 1995. As such, we should be including crimes of genocide into ongoing investigations and future prosecutions of Prakash.

Meanwhile, the protection of minorities in Iraq and the need for long-term peacebuilding has proven as important as ever over recent weeks. The genocide began with the slaughter in Sinjar, and much of the district has since been destroyed. Landmines pose a serious danger. Many Yazidis yearn to return with assurances of security, peace and stability but there is a diminishing possibility of this among the current fighting and lack of direction for the region's future.

In addition to recognising Islamic State crimes against Yazidis as genocide, and committing to hold perpetrators accountable, the international community needs to support the right of Yazidis to live in peace and safety in Iraq, including via the temporary establishment of a protected area for minorities. For a community still devastated by genocide, the current conflict will only exacerbate the pain and prevent its recovery.

Nikki Marczak is the Director of Yazda Australia and Deputy Director of Nadia’s Initiative, the program of Yazidi advocate and UN Goodwill Ambassador for the Dignity of Survivors of Human Trafficking Nadia Murad.