Voting is based on trust between citizens and their government. In an age of social distancing, such faith is tested. 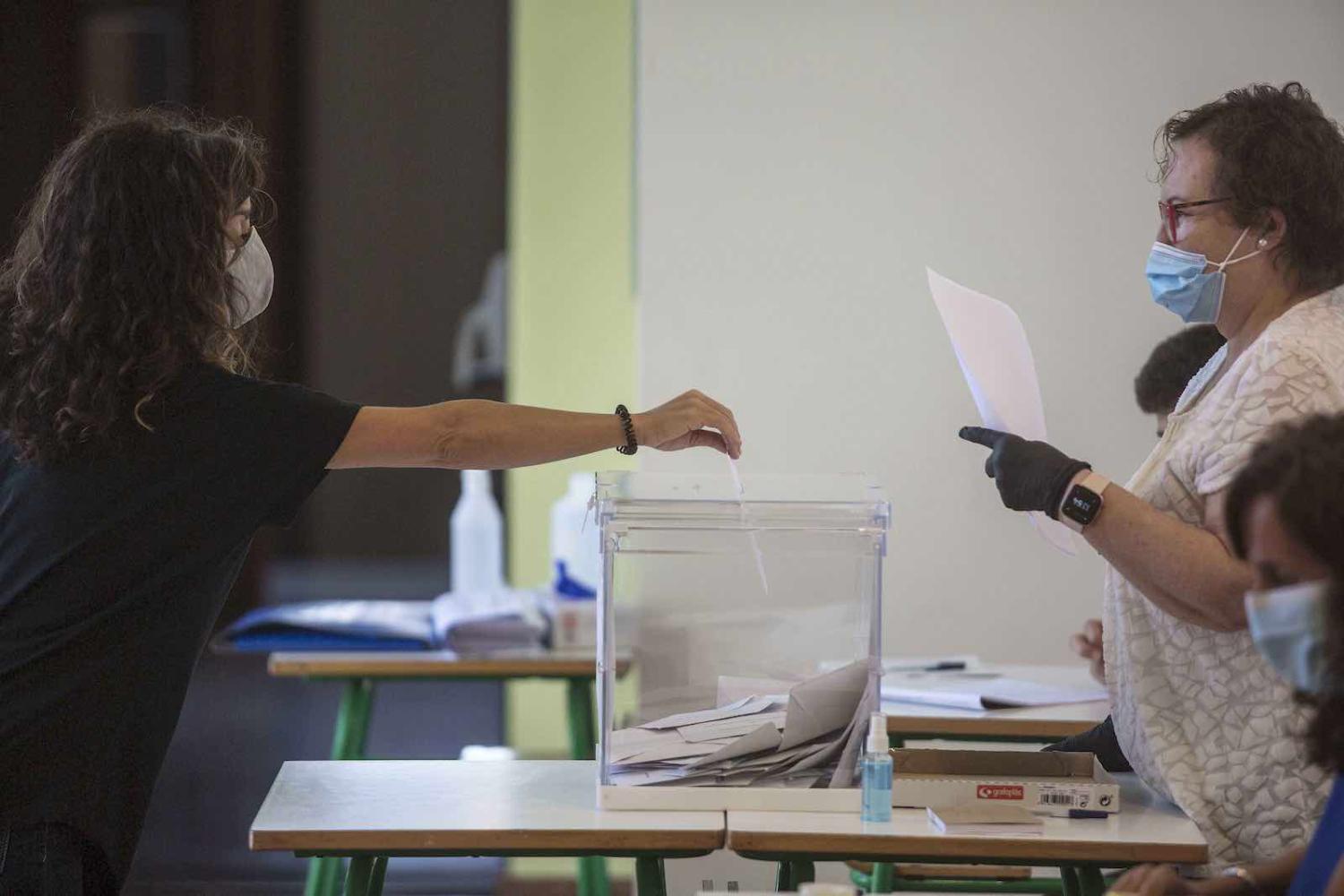 How will Covid-19 affect electoral democracy in Australia and around the world?

The pandemic has starkly revealed two fundamental aspects of successful democracy: the extent of a given society’s trust between its citizens and their government, and the capacity of those same governments to deliver and enforce appropriate public health responses.

Countries whose governments are both trusted and capable have seen them handle the virus relatively well, while those with neither trust nor capacity have seen it spread out of control. On this metric, Australia more resembles Asian democracies such as Taiwan and South Korea in our relatively high levels of social compliance than the more individualistic Anglophone societies with which we tend to feel comity.

As the examples of the United Kingdom and the United States have shown, democracy itself is no guarantee of an effective response to the virus.

However, the pandemic also presents a major challenge to one element of modern democracy – the holding of mass elections.

Election day – a forum for a mass public gathering of adult citizens across the country, and their congregation within discrete and sometimes crowded polling stations – has become more dangerous in the Covid-19 era. Even when social distancing can be enforced, this kind of activity is now inherently problematic on public health grounds.

Delay or cancellation of elections is one response to Covid-19, and a growing concern, given the worldwide democratic recession. Local elections in Hong Kong, for example, have recently been delayed for a year using the pretext of coronavirus, but really as a response by Beijing to the growing support for pro-democracy parties.

Even in established democracies, many elections are being postponed. New Zealand’s general elections, originally scheduled for this month, have been delayed till October as a result of the Auckland outbreak. In the United Kingdom, local elections – including the London mayoral vote – have been pushed out by a full year, on advice from medical experts.

For jurisdictions within Australia such as Queensland, whose state election is constitutionally fixed for 31 October, expanded use of pre-poll voting and social distancing at polling places is the response – at least for the time being.

Another option is to hold elections over the internet. Estonia already does this, but due to well-founded security concerns, very few countries have yet taken the step to open up their elections to all voters on-line.

Paper ballots and a paper trail are still seen as essential to election security and providing a post-election audit capacity to safeguard the integrity of results. In 2017, Finland abandoned plans to move to online voting, concluding that the costs outweighed the benefits.

Even if the virus prompts a rethink, the kinds of investments needed to provide an acceptable level of ballot security and to withstand cyber intrusion are likely to be some time in future.

A third and most likely option is thus a renewed focus on voting by mail. In Australia, we have already embraced this and other forms of “convenience” voting in large numbers. At the 2019 federal election, 40% of Australians cast their ballot prior to election day, while the recent Northern Territory poll saw, for the first time, more voters casting their ballot in advance than on election day itself.

But there is a potential downside to this shift: the loss of civic engagement and broader opportunities for democratic deliberation.

In Western Australia, postal voting was introduced for most local government elections in 2011, in order to make voting easier, particularly in rural areas. This shift increased turnout but has been criticised for making democratic engagement more superficial, particularly in passionate rural communities.

The looming congressional and presidential elections in the United States this November ­will be a stress test of postal voting’s compatibility with democracy in a polarised and low-trust political environment.

Given that the point of elections is to choose, the lack of widespread exposure to the election campaign and the debates on policies makes a swing towards voting by mail problematic. If voting by mail diminishes the salience of elections and makes it less likely that informed deliberation over policy alternatives takes place, it has the potential to undermine democracy itself.

The looming congressional and presidential elections in the United States this November ­– which will effectively be a referendum on the Trump presidency and his handling of the pandemic – will be a stress test of postal voting’s compatibility with democracy in a polarised and low-trust political environment.

With decreasing confidence in the ability of the US Postal Service to handle a surge in requests for early ballots now as well as postal votes themselves, it would be prudent to expect at the very least a degree of uncertainty and potential delays in results, akin to the 2000 Bush-Gore election.

But there is also the potential – lesser but not trivial – for more significant problems than just delayed results.

Voting by mail has already become an issue of major partisan division, with Democrats seeking greater voting by mail and Republicans opposing it, as part of their ongoing efforts to restrict the franchise. If this continues to November, we may be facing a high-level contest not just to see who wins the election but over the rules of the game itself.

Previous Article
How Russia benefited from Belarus’s turmoil
Next Article
Australia, all is not lost despite China’s trade tantrums

Spared the “theatre of summitry”, the next leaders of the grouping now have a chance to get on with the job.
Graeme Smith 8 Apr 2019 15:00

Closing the umbrella? The verdict on democracy in Hong Kong

A case against a group of non-violent protestors will be read as a comment on China’s one country, two systems approach.
Andray Abrahamian 1 Aug 2017 13:58

The fetters on Myanmar’s democracy are many, but while most are in the hands of the military, Aung San Suu Kyi's party could reform Article 66(d) tomorrow.