Any countdown could depend on what Beijing is willing to tolerate. 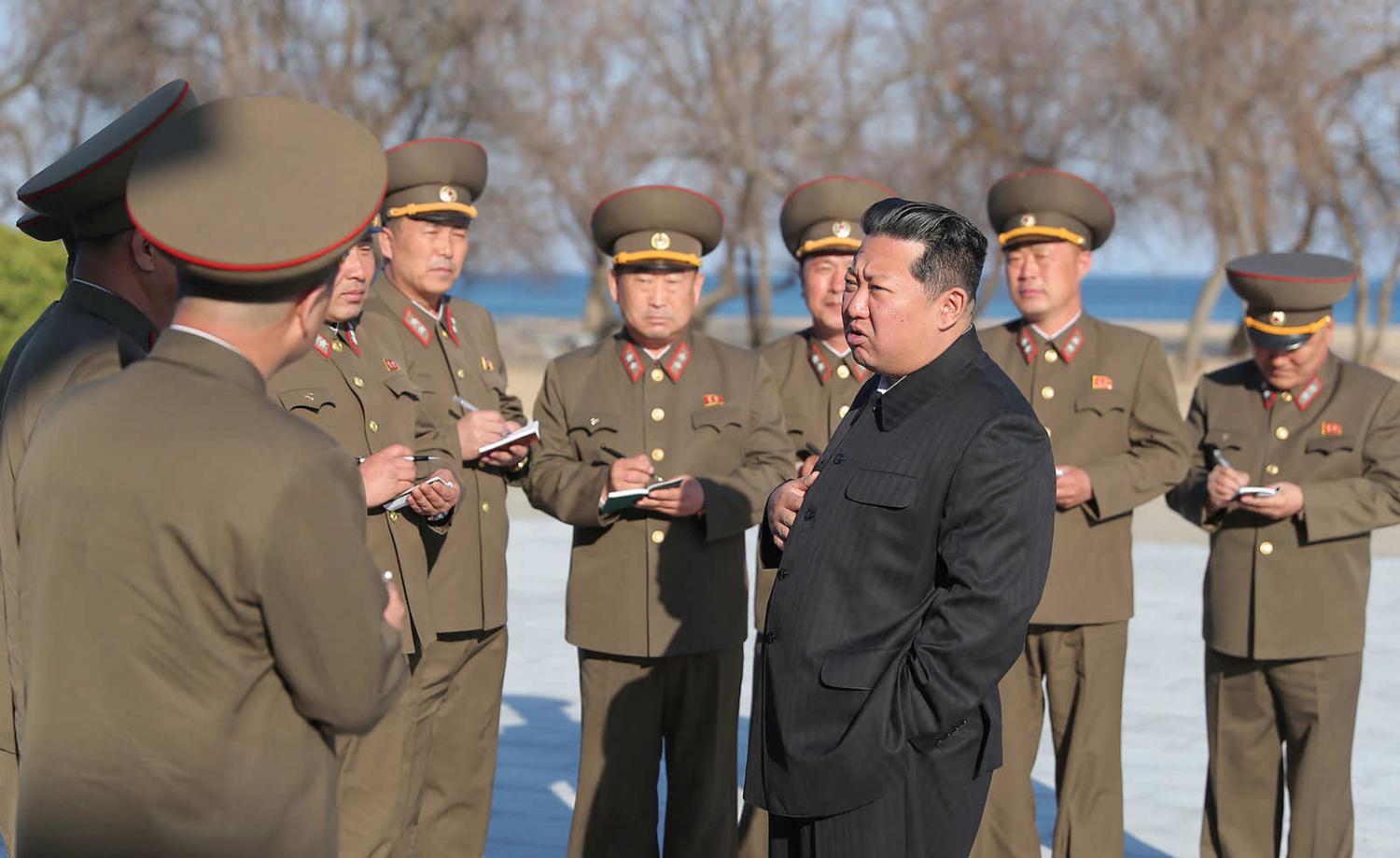 Is North Korea going to test a nuclear weapon, or not?

The question has reverberated since March, when the supposed hawk Yoon Suk-yeol succeeded Moon Jae-in as South Korea’s president and Pyongyang broke a four-year moratorium by launching an intercontinental ballistic missile. The probability of North Korea’s seventh nuclear test was thought to have significantly increased on the eve of US President Joe Biden’s visit to South Korea in May. US and South Korean government officials concluded that Pyongyang might seek attract attention with a major provocation. Now, weeks later, and still no test, the monitoring continues.

Such a non-event is significant in several respects.

First, several indicators suggest that Pyongyang is ramping up its provocations, ready for a long confrontation with the United States. North Korea has launched 31 ballistic missiles in the first half of 2022 alone, surpassing the 25 missiles launched in 2019. Second, the North has also apparently prepared to equip its frontline artillery units with tactical nuclear weapons. A further nuclear test would allow the regime to develop smaller nuclear warheads to fit on tactical and short-range ballistic missiles. Third, North Korea has actually been preparing for multiple nuclear tests at its Punggye-ri facility since March.

Satellite images from 19 and 20 April suggest that the previously reported restoration activities at the DPRK’s Punggye-ri nuclear test site remain ongoing. Find out more in our new briefhttps://t.co/UYrrpvE9xo pic.twitter.com/AkvVD3LaII

So what else is North Korea waiting for?

China may be playing a huge role in delaying North Korea’s seventh nuclear test. Beijing has long adopted a careful balancing act vis-à-vis North Korea and the United States with the ultimate goal of maintaining the status quo on the Korean peninsula. China tries to ensure the North Korean regime’s survival to prevent chaos on its border, while at the same time putting a leash on Pyongyang’s weapons programs to avoid regional tensions spiralling out of control, which the United States could use as a pretext to increase its military presence.

North Korea’s ongoing economic hardship will only increase its dependence on China, and that means North Korea will have to heed Chinese opinions about whether or not it should conduct a nuclear test.

Post-2018 relations between China and North Korea are significantly different from the first years of Kim Jong-un’s leadership. Having seen their moribund alliance sink to its lowest point in 2017, both sides have sought revitalize ties in the years since. Beijing was essential in engineering Kim’s détente with the United States and South Korea in 2018, and it provided much needed sanctions relief and diplomatic cover at the United Nations when the denuclearisation process stalled. Just last year, the two states extended their 1961 alliance treaty for another 20 years. When North Korea faced a Covid-19 outbreak in May, China quickly sent medical supplies in response, and it is still the only country Pyongyang has asked for help.

North Korea’s ongoing economic hardship will only increase its dependence on China, and that means North Korea will have to heed Chinese opinions about whether or not it should conduct a nuclear test. China has been firm that it is against further destabilisation on the Korean peninsula “in the interests of all parties”, which can be read that Beijing is against both North Korea’s major provocations as well as US and South Korean military responses. At the United Nations, China blamed the United States for the lack of progress in the denuclearisation process, but it also warned North Korea not to test a nuclear device. A South Korean presidential official has also attributed the delay to China, ahead of the National Congress of the Chinese Communist Party later this year.

China’s influence on North Korea is not unlimited. But what leverage China has might be seen in the uptick of ties between the two countries in recent times. China would welcome the resumption of US-North Korea talks, should that occur, and North Korea’s recent decision to appoint experienced negotiators Choe Son-hui to lead the foreign ministry and Ri Son-gwon to be in charge of the Workers’ Party’s United Front Department handling ties with South Korea should prepare the country for such a scenario.

If North Korea does carry out its seventh nuclear test, the important question to ask will be whether it respected China’s voice this time?

Previous Article
Why Australia shouldn’t put all its eggs in the Quad basket
Next Article
Economic diplomacy: New supply chains to Jakarta and beyond

American tourism into North Korea was the last, only way for regular, non-elite Americans and North Koreans to interact.
Farkhondeh Akbari 24 Feb 2020 10:30

A US-Taliban deal: What price for peace?

Bitter experience shows that a “rotten compromise” will carry within it the seeds of future war.
Hugh Piper 3 May 2022 05:00

It’s 22 May. And although Anthony Albanese is yet to get his feet under the desk, priorities are already piling up.