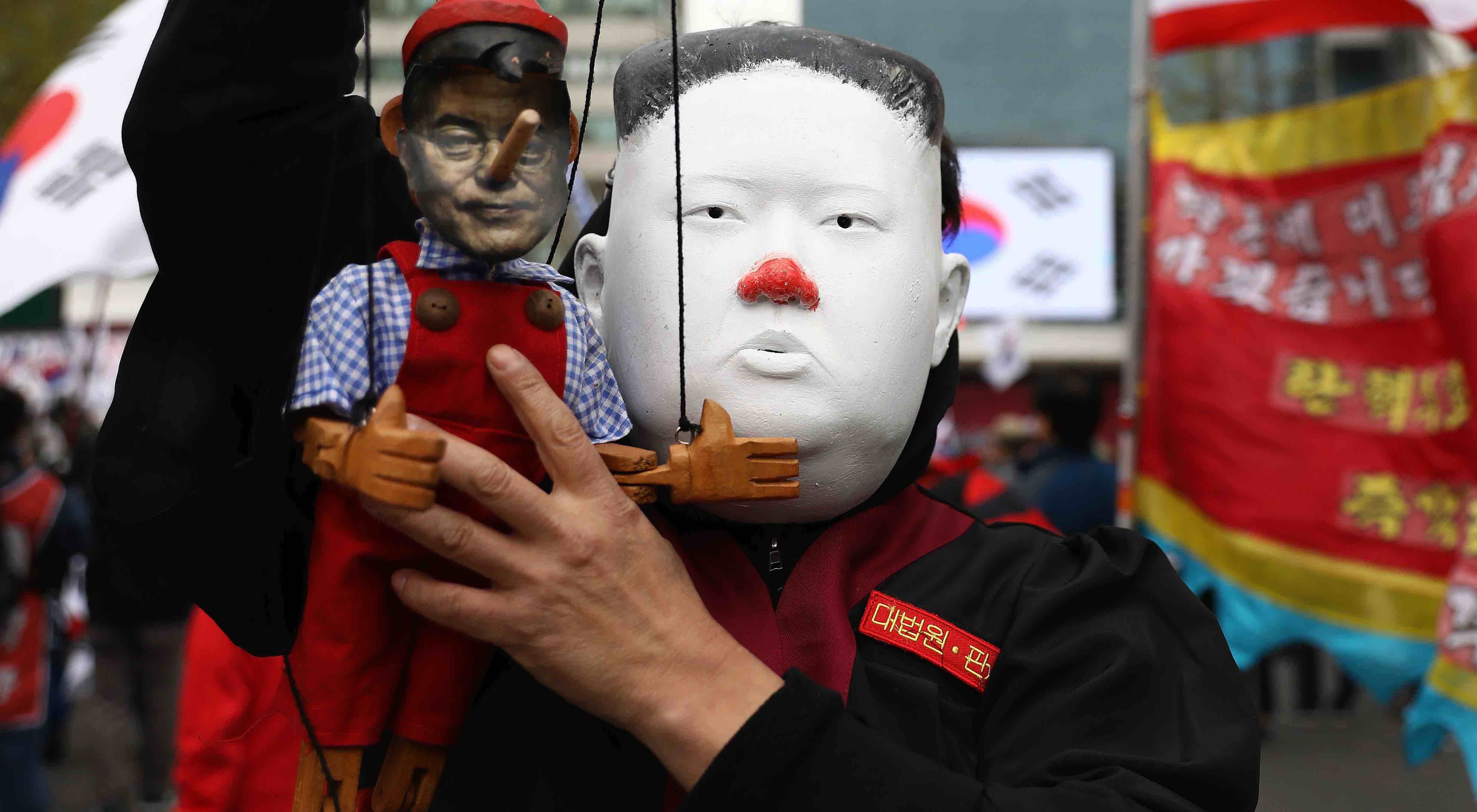 Since the first days of 2018, North Korean leader Kim Jong-un has undertaken a series of diplomatic activities whose scope and significance are rivalled only by his missile and nuclear tests.

The fact that Kim made his first overseas trip to China, attended a K-pop performance in Pyongyang, received an invitation from Moscow for a possible summit with Russia, and at the weekend confirmed North Korea’s willingness to hold a summit with the US to discuss the denuclearisation of the Korean Peninsula indicates he is determined to continue the diplomatic momentum generated by the Winter Olympics.

Hopes are high that the Six-Party Talks, which have been moribund for almost a decade, may be revived to accommodate North Korea’s request for nuclear disarmament discussion. South Korea’s Moon Jae-in has capitalised on this opportunity to put forward a three-way summit between the two Koreas and the United States, and to propose a package deal with the North incorporating a phased-in settlement as incentive to give up its nuclear weapons in a gradual and comprehensive manner.

At a glance, this plan seems plausible. It does not require North Korean denuclearisation as a pre-condition for dialogue, and Pyongyang will receive economic aid and sanctions relief on a phase-by-phase basis. However, a history of North Korean diplomacy suggests that Kim’s activities, regardless of provocation or engagement, have been aimed mainly at decoupling the US and South Korea, not at peaceful denuclearisation.

North Korea’s ultimate goal since the end of the Korean War has been to weaken the US–South Korean alliance. To accomplish this, North Korean leaders have devised both coercive and persuasive measures to raise the costs of entrapment and abandonment for Washington and Seoul.

This strategy is based on key differences between conservative and liberal South Korean presidents’ policies on North Korea. The South Korean right often supports a hard-line approach out of ideological confrontation, while the left embraces a reconciliatory tone in the spirit of shared ethnicity.

Pyongyang calibrates its South Korea policy to each administration accordingly, in order to widen the differences between Seoul and Washington. For the South Korean conservatives, Pyongyang increases the frequency and intensity of its nuclear and missile tests. This sets a hard-decoupling challenge, pressuring the US to recalculate the value of the nuclear umbrella it provides to South Korea, and raising the central dilemma of trading New York for Seoul.

For the South Korean liberals, North Korea implements its soft-decoupling strategy, emphasising the shared bloodline between North and South Korea to encourage bilateral economic relations in defiance of international and US sanctions. Consequently, North Korea made highly provocative moves under conservative South Korean presidents Lee Myung-bak (2008–13) and Park Geun-hye (2013–17), in direct contrast to accommodations made under the liberal administrations of Kim Dae-jung (1998–2003) and Roh Moo-hyun (2003–08).

Kim Jong-un’s diplomatic outreach to Moon thus falls under the soft-decoupling approach. The North Korean leader seeks to exploit disagreements between Seoul and Washington over the terms and conditions of denuclearisation. Moon has repeatedly emphasised the importance of continuing incremental talks with North Korea to reduce tension and to facilitate any possible breakthroughs in nuclear negotiation.

That President Trump may not be patient enough to go along with a long-term phase-by-phase approach with Pyongyang is suggested by his decision to tap North Korea hawks John Bolton and Mike Pompeo as National Security Advisor and Secretary of State respectively, and by his general lack of seriousness for the Kim–Trump summit.

Yet if Kim can convince Moon to engage in a protracted series of negotiations, such as the Six-Party Talks, North Korea will be able to raise Moon’s stakes in continuing the discussion until the unpredictable Trump’s term ends in early 2021.

Kim also seeks to improve his image with the South Korean public to lower the cost of reopening and sustaining inter-Korean economic projects. His welcoming interactions with the K-pop singers after their performance in Pyongyang can make the South Korean people forget the image of a brutal Kim who constantly poses an existential threat from across the border.

As the second leg of his “byungjin line”, which emphasises the parallel development of nuclear weapons and the national economy, Kim will keep the focus of the Kim–Moon summit on economic cooperation rather than on nuclear denuclearisation. Because it falls under Seoul’s “Eurasia initiative”, which promotes inter-Korean peace through joint infrastructure development and North Korea’s economic integration, South Korea will welcome such a gesture.

Moon’s promises on the campaign trail concentrated on the resumption of inter-Korean dialogue and the revival of the national economy. So far, North Korea’s charm offensive has played well into both Moon’s international and domestic agendas. Hence, there is a high possibility he will prioritise economic cooperation over denuclearisation, which will sooner or later lead to a clash with Trump’s “maximum pressure campaign”.

North Korea’s soft-decoupling strategy will take the atmosphere back to the days of the Six-Party Talks, but Pyongyang now possesses a more sophisticated nuclear weapons arsenal. South Korea and the US need to recognise the danger of a North Korean charm offensive and realign their priorities to avoid another split in the alliance, such as occurred under the Roh and Bush administrations.