The ambition to improve the quality of teaching and provide free education has not entirely matched reality. 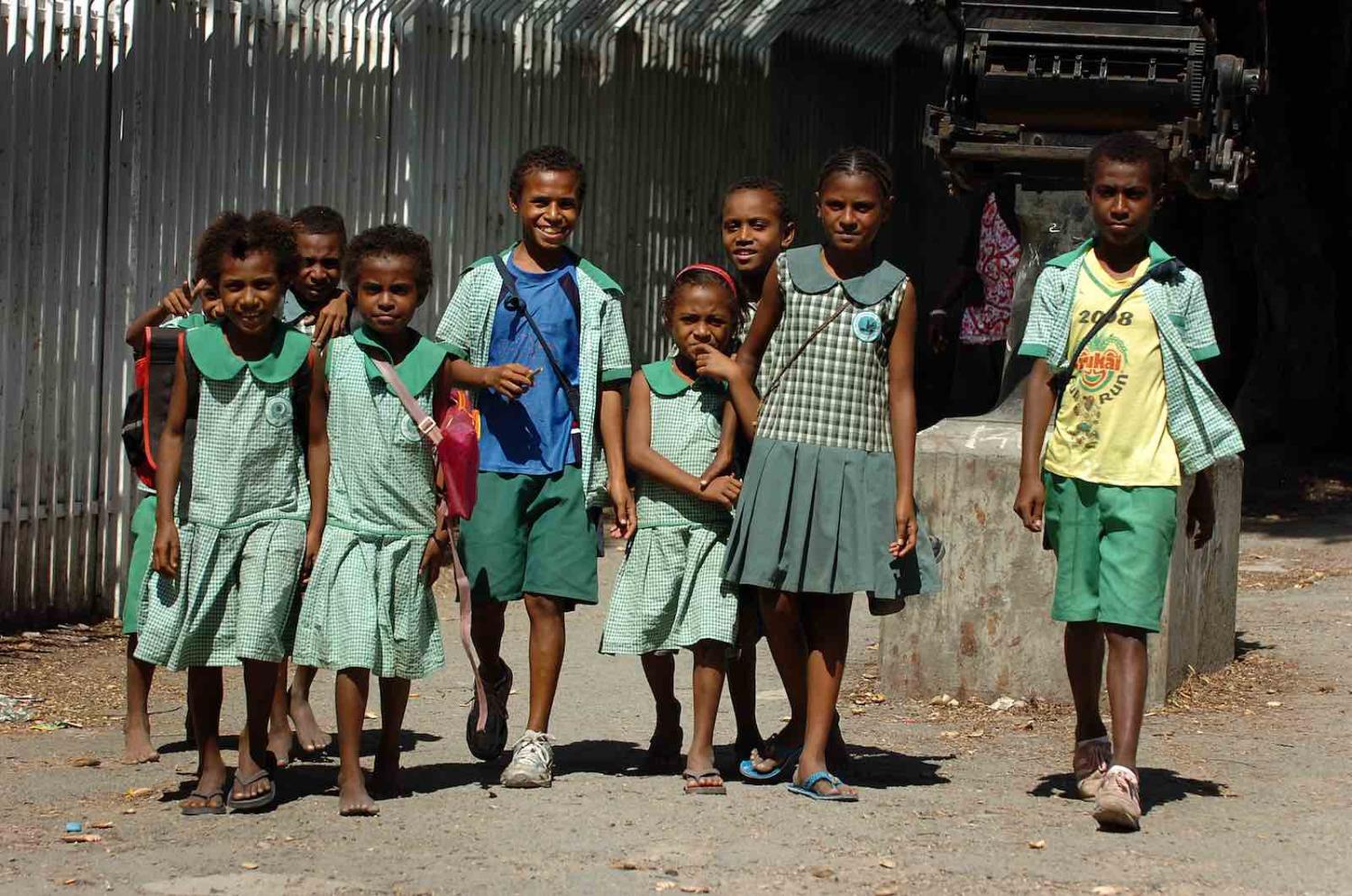 Papua New Guinea continues to reform its education sector. In recent years, the spotlight has been on teaching quality. Research by the World Bank indicates that teacher effectiveness is the most important school-based predictor of student learning. Despite this, PNG has lacked a clear roadmap and funding for the upskilling of teachers.

The Tuition Fee Free (TFF) policy was launched in PNG in 2012. It was the fourth attempt at providing free education. Initial reviews of the policy found it to be successful in reducing financial costs to families, with most schools surveyed having received the subsidy. In recent years, however, it has become evident that implementation of the policy has varied significantly between provinces, and contradictory approaches to financial management have caused confusion and inefficiencies.

While a main priority of the TFF policy is to reduce costs to households, TFF subsidies have not always been paid in full, requiring parents to contribute additional funds. In 2016, the subsidy was separated into three buckets – a cash administration component, a teaching and learning component, and an infrastructure component. Previously, schools had been issued TFF subsidies directly, but following the 2016 reforms, only the administration component was given to schools, with the other two components going to the provincial government.

Deterring high-performing young people from entering teaching careers, out of a belief that the salary and benefits will be limited, is a risky step in the wrong direction for PNG.

Partly, this was born of concerns that schools were not managing the funds properly and required greater oversight from provincial administrators. Anecdotal evidence suggests that some administrators police the funds rigidly and have implemented their own compliance requirements for schools in order to issue funds.

As of 2019, the TFF policy continues to operate successfully in some provinces, with limited success in others, particularly remote and island provinces such as Gulf and Milne Bay. The main concerns raised by educators are that TFF subsidies are not received on time, and parents are having to contribute their own fees, which in some instances keeps them from sending their children to school at all.

In 2016, the National Department of Education announced that it would terminate the contracts of more than 3000 partially trained elementary teachers within 12 months if they didn’t complete their certification. After the Kokoda Track Foundation and the PNG Education Institute committed to training them, the Department agreed to extend the deadline for certification to the end of 2018.

Between 2016 and 2018, 3685 partially trained teachers across 14 provinces received their elementary certification. In most case, the teachers had completed one of three parts of their training, which then varied the length of the training required for completion. After additional training, they were certified to teach all three years of elementary schooling.

The Government of PNG has remained focused on teacher quality, in order to see large-scale improvements to teaching outcomes. Elementary teachers in some provinces reportedly remain unpaid and have no indication of when they can expect to be on the payroll. There has been confusion around the accreditation process, and ongoing delays, which have prevented teachers who work full-time from being paid, including in Milne Bay and Southern Highlands provinces.

Minister for Education Joseph Yopyyopy announced at an education conference in Goroka in July 2019 that the 1-6-6 transition would be rolled out by 2030. In order to make this transition, teacher qualifications will need to be upgraded, alongside improvements to school infrastructure. The newly trained cohort of elementary teachers will lose two-thirds of their students, requiring them to retrain as primary teachers, teach only first-year students, or prepare for incoming pathways into newly proposed early-childhood care and education.

Although 1-6-6 makes sense in theory, implementation of the policy is causing concern. Schools are concerned they don’t have adequate infrastructure as is, and classes are already overcrowded. Opportunities for further training and professional development for teachers are scarce, and monitoring of teacher performance is equally uncommon. Thus, there is very little baseline data on teacher quality across the country, nor any plan on how the national population of teachers will be upskilled in readiness for 1-6-6.

In the wake of PNG hosting Asia-Pacific Economic Cooperation (APEC), questions have been raised about whether expenditures intended for the education budget were reallocated to APEC spending, including the purchase of luxury vehicles for delegates. In July 2019, the then–Shadow Treasurer and now Treasurer Ian Ling-Stuckey asked parliament why there had been an education underspend of up to 50%.

There is continued concern regarding teacher salaries, and a fear of further pay cuts. Deterring high-performing young people from entering teaching careers, out of a belief that the salary and benefits will be limited, is a risky step in the wrong direction for PNG.

Despite these concerns and challenges, anecdotal evidence suggests that there is widespread commitment among teachers to the profession and that many identify alternative pathways in which to support their schools and their positions, including partnerships with communities, Churches, and NGOs.

Further reform is needed. A nationwide stock-taking of school infrastructure needs would be a possible starting point. Further, teachers and trainers require greater performance monitoring, as well as further opportunities for training and professional development. For PNG to achieve its vision of having a world-class education system, teachers need to be appropriately trained, resourced, and supported, and other stakeholders in the education sector need clear and evidence-based directives from the top to promote collaboration and consistency, rather than contradiction and confusion.

Previous Article
An educated idealist is still a believer
Next Article
In Sri Lanka’s election, bumps ahead

Updates on developments across the Pacific.
Rodger Shanahan 19 Jun 2017 11:31

little consideration was given to what US position would be in relation to the SDF when the Syrian government tries to reassert sovereignty in areas cleared of IS.
Danielle Cave 16 Dec 2016 14:46

The key for the Australian Government now is shifting from seeing the internet as a tool of communications to leveraging it as a tool of foreign policy.