Sport and politics make an unhappy union at one of the most controversial Olympics ever. 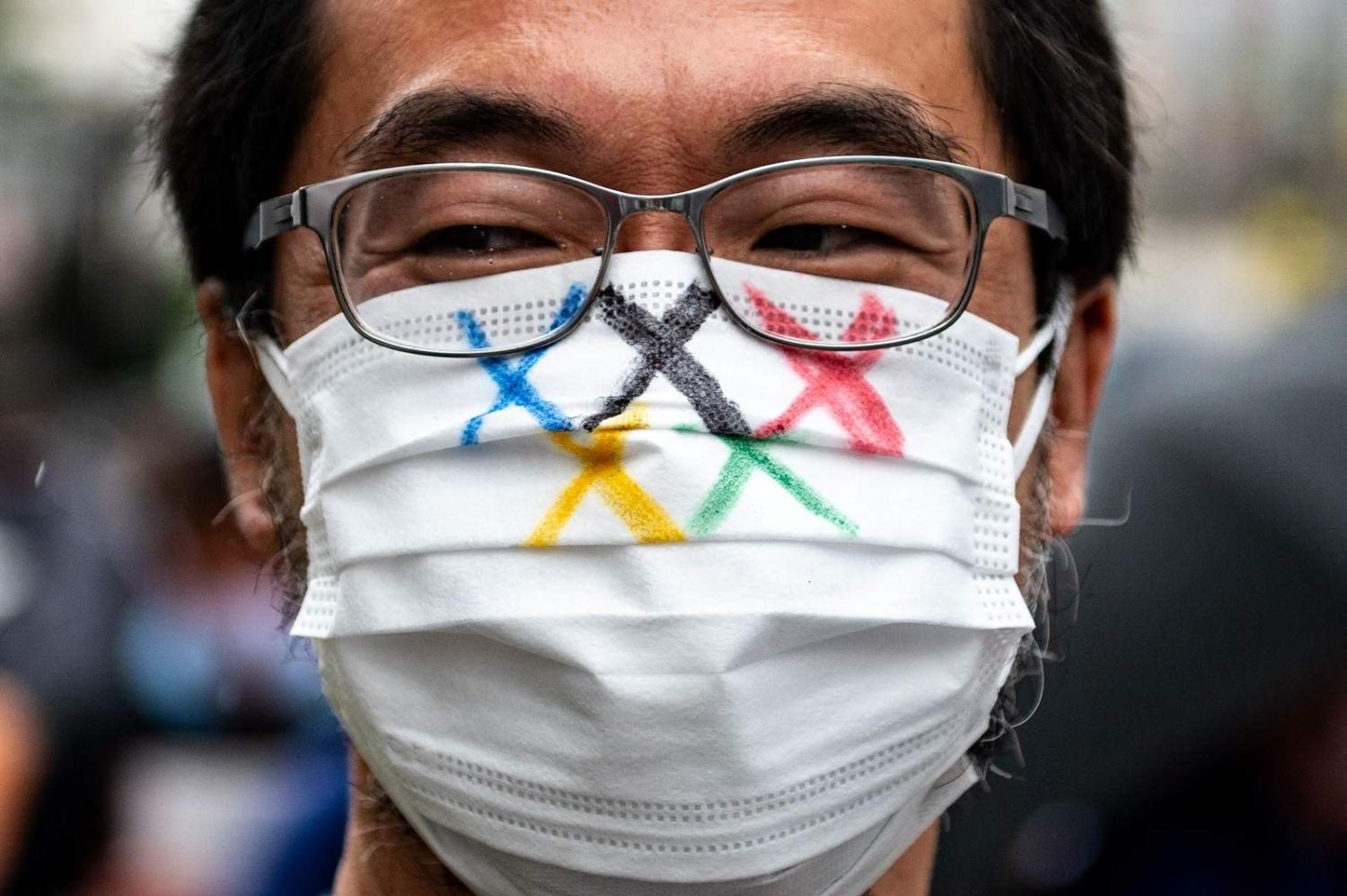 My university campus sits amid several Olympic venues and the international media centre, down by the ports on Tokyo Bay. From my tenth floor office, I can observe the construction of the second Olympic flame plinth and across the port, the island where canoeing events will be held. On the other side of my building is the tennis centre and a little further beyond, the Athletes’ Village, skateboard park and swimming centre.

If there had been some hesitancy about the Games until recently, it certainly hasn’t been apparent around the campus precinct where construction along the Promenade has stepped up in the last six weeks. The area is being transformed and over the last week, journalists wearing their accreditation passes are starting to outnumber the locals. Police numbers have increased, too.

The State of Emergency declaration was inevitable and immediately resulted in a “no spectators” decision at events in Tokyo and surrounding prefectures.

On Monday 12 July, the fourth State of Emergency (SoE) declaration came into effect in Tokyo and surrounding prefectures, basically setting the parameters for the conduct of the Olympics. Locals are asked to observe a soft lockdown – to only go out when necessary, try to work from home, and not attend any events – while athletes, officials, volunteers and others will be asked to adhere to the “playbook” of instructions on how to conduct yourself during the Games. Posters on trains add to the ambiguity, promising extra trains after events, while asking us to consider watching the Olympics at home, on television, while working from home.

The SoE declaration was inevitable and immediately resulted in a “no spectators” decision at events in Tokyo and surrounding prefectures. Limited spectators are being considered for events further afield, but people in the regions are not keen.

This Olympic Games was the closest I was going to get to being in the right place at the right time. A sports fan, I had even managed to score tickets to a couple of events in the highly competitive lottery a few years ago.

But the political observer in me is never far away. Part of my research over these last few years, for example, has looked at the politics surrounding the introduction of surfing as an Olympic sport. And as Covid continues to overwhelm, its impact here in Japan is not limited to the medical and social spheres; it might also force a reckoning of how the Olympics are conducted in the future.

The initial postponement in 2020, when Covid case numbers were much lower, seemed to be the prerogative of the International and Japanese Olympic Committees, with a cameo appearance by the committee advising the Japanese prime minister on medical matters. As we transitioned from Tokyo 2020 to Tokyo 2020+1, and by the time it became apparent that the pandemic was worsening, voices began to rise in opposition to holding the Games in 2021. Ultimately, the International Olympic Committee (IOC) revealed its hand – it would have the final say.

Domestically, these issues have knock-on effects. At home, Prime Minister Yoshihide Suga faced opposition for persevering with the Olympics, but gained the support of leaders at the G7 summit held in Cornwall in June. And Tokyo Governor Yuriko Koike, who achieved a resounding victory in the city’s crucial gubernatorial election in 2020 and is often tipped as a potential prime minister, has again had to reassure citizens that Tokyo will be “safe and secure” for the Games.

Those who say sport and politics should never mix, no longer have an Olympic podium to stand on.

In the lead-up to Japan’s national election in October, the Suga government’s ratings continue to drop, including in the latest poll by national broadcaster NHK, which reflected the average approval rating of most polls in the low 30 per cent range. Voters are expressing discontent with both the insistence on holding the Olympics now and the poor response to Covid and the vaccination roll out. Pressure is mounting on Suga and it is becoming more apparent that he was only ever considered by many to be a stopgap to cover former Prime Minister Shinzo Abe’s term as Liberal Democratic Party president.

With three days until the opening ceremony, athletes and officials are arriving by the busload. Parochial Japanese media are scrutinising every move, watching for any signs that these guests are failing to stick to the playbook. Locals are feeling more than a little miffed that for the Games to go ahead, it is they who are being asked to make great sacrifices.

IOC Chairman Thomas Bach is not endearing himself to the public either. He arrived in Japan, observed the requisite three-day hotel quarantine (where a small group of protestors held a vigil for a few days), and insisted on visiting Hiroshima during his stay – part of the “Olympics and peace” trope, I suspect. In his first face-to-face meeting with Suga, his gaff in referring to a safe Olympics for “Chinese people…er, Japanese people” just emphasised the gulf between the Olympic officials and the people of the city that once was looking forward to hosting the world’s greatest sports show.

As I write, the rainy season is ending, the first cicadas are murmuring away and the humidity of the Tokyo summer thickens the air we breathe (through our compulsory masks). There will be a Games, finally, but there remains much to be written about them. Those who say sport and politics should never mix, no longer have an Olympic podium to stand on.

More to come, as they say.

Previous Article
Can Biden’s Build Back Better World compete with the Belt and Road?
Next Article
Defending the liberal international order

The 2011 election was a shock for the government. In response, while broadly maintaining its immigration policy, the government pursued a policy of across-the-board attention to the concerns that the election had highlighted.
Euan Graham 21 Feb 2018 09:35