There is every chance the president will be bolder abroad, in search of wins he believes will help him at home. 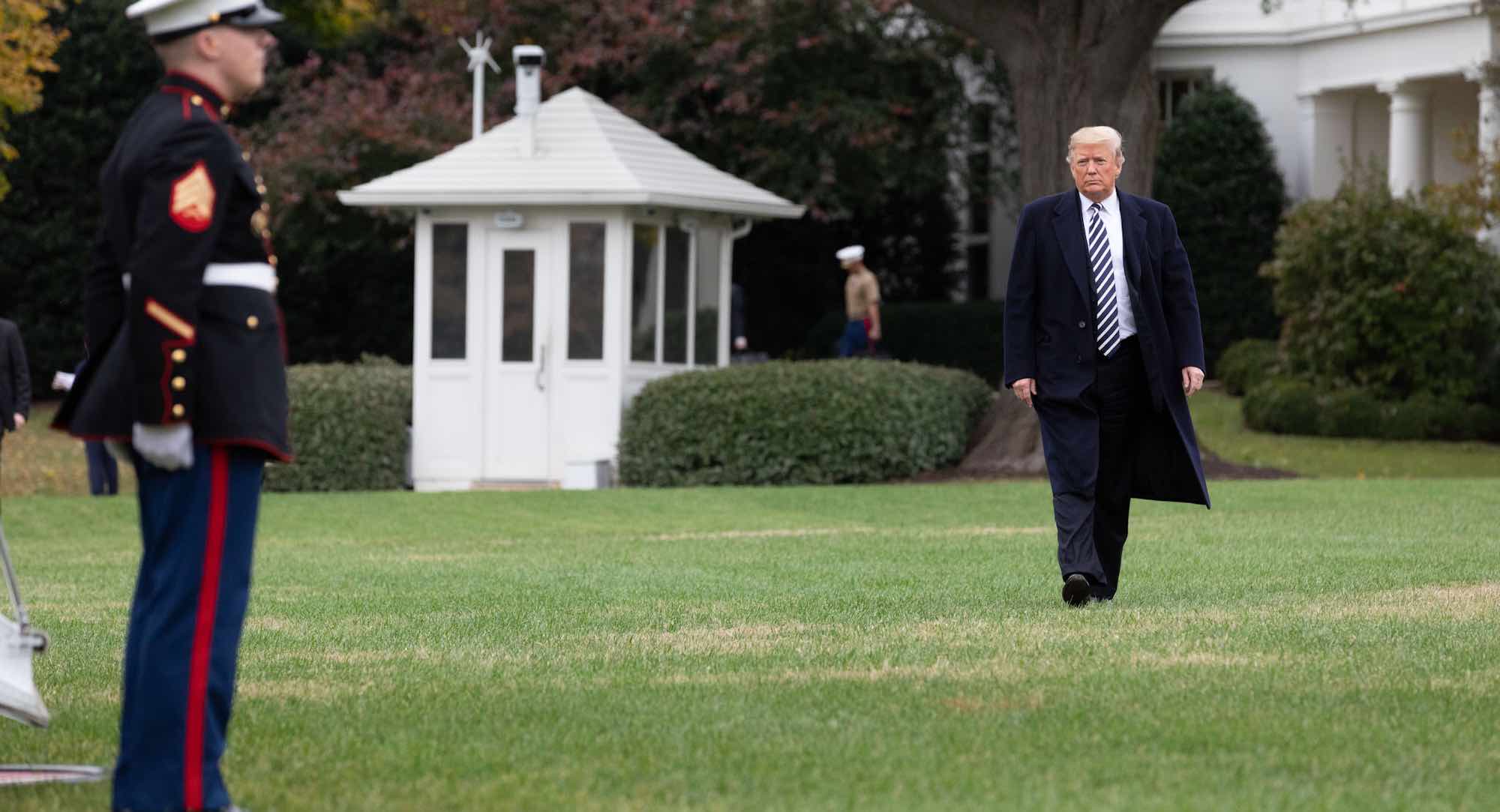 Donald Trump came to office with a more coherent worldview than other recent American presidents. For decades, he has held four core beliefs about the world.

First, Trump scoffs at the longstanding American commitment to international leadership and cooperation. Since the 1940s, American presidents have appreciated the advantages of global leadership. Trump seems oblivious to them.

If you push your allies to the brink in every negotiation, consent will quickly evaporate.

Second, Trump is unimpressed by the alliance network through which Washington has traditionally projected its influence – even though China or Russia would dearly love to have an alliance network as powerful and cost-effective as that of the United States.

Third, he is hostile to free trade agreements (or at least those negotiated by others).

Finally, he has a weird affinity for strongmen such as Russia’s President Vladimir Putin. By contrast, he is lukewarm about most democratic leaders.

In office, Trump’s instincts have, in many respects, informed America’s policies.

He junked the Iran deal. He pulled out of the Paris Accord. He boosted the Brexiteers and called for other countries to leave the European Union. He signalled that America will withdraw from the short and medium range nuclear missile INF Treaty with Russia. He repeatedly refused to endorse the collective security guarantee of the NATO treaty and threatened that the United States would “go [its] own way” if “delinquent” NATO members did not increase their defence spending. He has been ambivalent towards bilateral alliances with South Korea and Australia.

He withdrew from the TPP and levied tariffs on $350 billion of Chinese imports. And he has pandered to Putin and has emboldened a cohort of strongmen.

Of course, Trump has had his foreign policy successes. He put upward pressure on NATO allies’ defence spending – a good thing, and no small thing. He forced allies such as Canada and Mexico to renegotiate trade agreements. He drew the eyes of the world when he met with Kim Jong-un.

And at what price do these successes come?

The genius of America’s conduct after the Second World War was, as historian John Lewis Gaddis observed, that Washington established “hegemony by consent”. If you push your allies to the brink in every negotiation, that consent will quickly evaporate.

Think of some of the disturbing international events of the past two years. Kim Jong-un assassinated his brother at a major international airport with a chemical weapon. The head of Interpol disappeared in China. A journalist was murdered and dismembered in the Saudi consulate in Turkey, apparently on the orders of the Crown Prince. Once, Washington would have cared about these developments and done something about them. Now we hear crickets.

The ghastly case of Jamal Khashoggi is instructive. As Susan Glasser, Washington columnist for the New Yorker – who will soon visit the Lowy Institute – wrote recently, the Khashoggi case is:

The Trump Presidency distilled to its morally compromising, press-bashing, truth-denying essence. At a time when many question American leadership in the world, Trump’s combination of credulity and cynicism in response to the brutal murder of a dissident who sought refuge here gives the world’s bad guys yet another reason to cheer.

Trump’s worldview has shifted US foreign policy and weakened international society. However, two factors have limited the Trump influence on foreign policy.

The first is opposition from within his administration – the so-called Deep State. The “adults in the room” have prevented the president from doing irreparable damage to America’s alliances and foreign relationships. However, by now most of the adults have left the room. There are persistent rumours that Chief of Staff John Kelly and Secretary of Defence Jim Mattis will soon follow the others out the door.

Second, Trump lacks the patience, discipline, and focus to implement his will. He is not really interested in solving policy problems. He is interested in being seen to win. As Tom Wright of the Brookings Institution and the Lowy Institute argued recently, Trump’s style is to make a bold and unexpected move on an issue, declare victory, and move on to something else.

These two factors have combined to limit the damage Mr Trump has done to the international system. But as Trump’s confidence increases and the influence of his professional advisers ebbs away, the likelihood of presidential error increases further.

How will the mid-term election result affect Trump? Americans delivered a slap, not a punch. Trump was not submerged in a blue wave, but the water is now up to his knees.

So he might moderate, as George W. Bush did in the second half of his first term. He may invite the adults back into the room – turning over more control of foreign policy to the experts, for example, by empowering Mattis.

This seems unlikely, however. It is more likely that he will double down.

Given the likelihood of gridlock in Washington, the president may well get bolder in his foreign policy – Trumpier, if you like – both because he has greater freedom to move abroad and because he thinks foreign wins will help him at home.

The rest of the world should prepare for both possibilities. Certainly, we can now say with some confidence that the United States will not “snap back” to normality.

This is an edited extract of a speech “After the midterms: Australia, the United States and the international order” delivered at the Lowy Institute, 13 November.