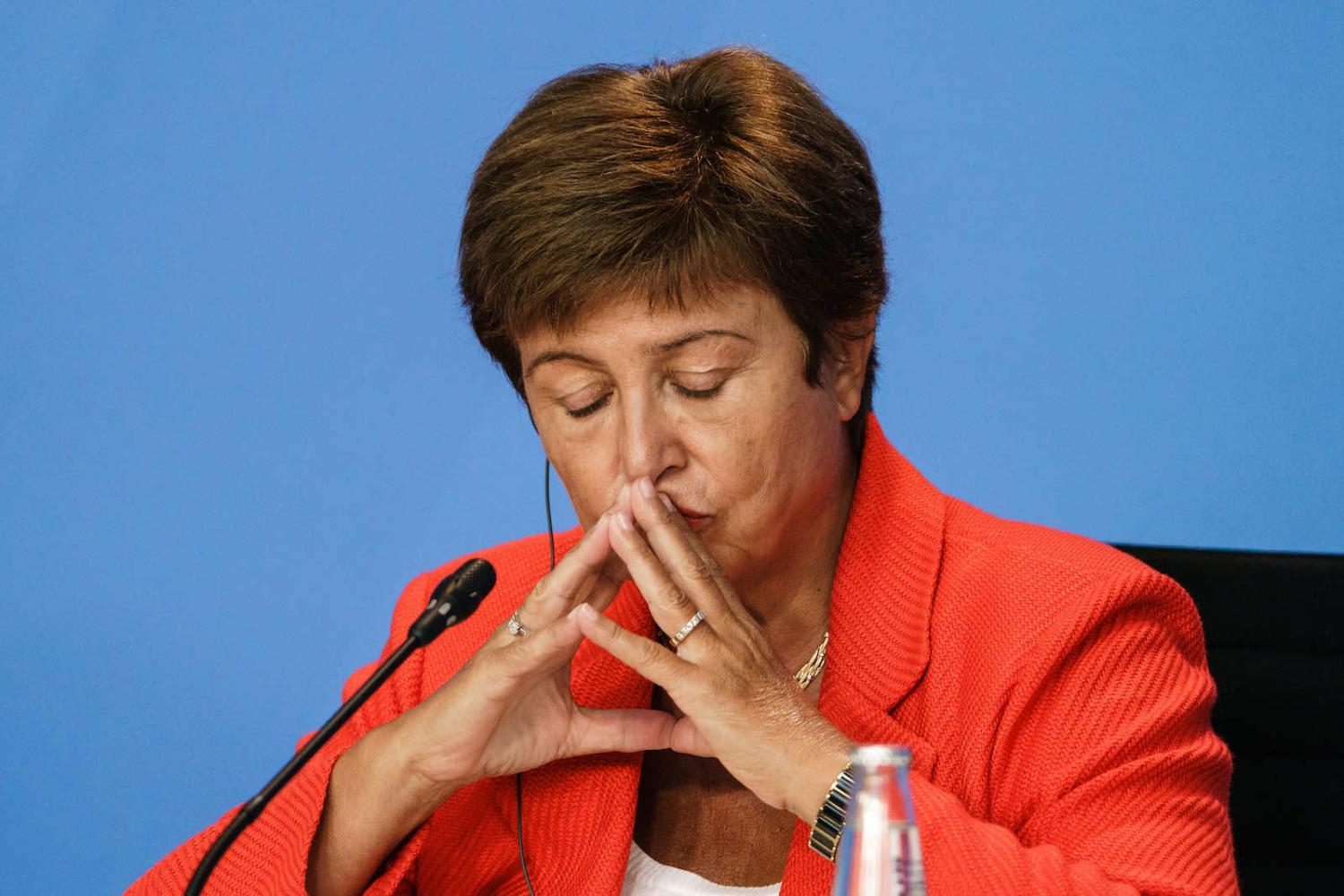 The International Monetary Fund and the World Bank are meeting this week in Washington. The main focus is not on the Fund’s latest guesstimate of where the global economy is headed. Instead, there is a vexed debate about the behaviour of the IMF boss, Kristalina Georgieva. Depending on who is opining, this is either a storm in a teacup, or a scandal which will fundamentally undermine the reputation of both the IMF and the World Bank.

By the time you read this comment in The Interpreter, the specific issue may well have been decided – she will either go or stay. But the underlying issues raised are unlikely to have been resolved.

The first is the degree of politicisation of the multilateral institutions. The second is the usefulness of a high-profile index produced by the World Bank on “ease of doing business” in member countries.

For three decades, the World Bank has produced the Doing Business Index for each of its member countries, amalgamating a variety of facts, anecdotes and opinions which, in aggregate, supposedly reflect how easy it is to start a business in that country. The strong presumption is that easier (less regulation, lower corporate tax) is better.

China was upset by the possibility of relegation, as the index is a widely-quoted indicator of economic policy-virtue and competence.

When this index was initially recalculated in 2017, China slipped down the pecking order to rank 85th, compared with 78th place in the previous year. This was not because China had regressed in a substantive way. Rather, other countries had improved.

China was upset by the possibility of relegation, as the index is a widely-quoted indicator of economic policy-virtue and competence. Georgieva, occupying the number-two slot at the World Bank at that time, had discussed the rankings with the officials compiling the index, urging them to check the data carefully, which they did. As a result, they restored China to 78th slot.

This was a sensitive time for the institutions because they were lobbying for an increase in funding. Coincidentally, US President Donald Trump was giving voice to his abiding dislike of global institutions in general and the Bretton-Woods twins (IMF and World Bank) in particular, threatening to leave.

Perhaps also relevant, Georgieva has widened the remit of the IMF to include humanitarian concerns and issues such as climate change. Here she is running ahead of much US opinion. Many current Republicans in Congress share Trump’s dislike of multilateral institutions.

The fact that China is involved is enough, in itself, to make this a divisive issue.

Everyone directly involved, from Georgieva to the officials who compiled the report, denies any impropriety, but a study commissioned by the World Bank board was strongly critical.

Much of the public commentary, even by staid commentators such as former World Bank chief economist Anne Krueger, The Economist and Edward Luce at the Financial Times, is adamant – Georgieva has to go, or the reputation of both institutions will been trashed. Her defenders are the usual left-leaning commentators such as Jeffrey Sachs and Joseph Stiglitz, another former chief economist of the Bank.

For many, any mis-step by Georgieva might seem a peccadillo compared with the record of a number of her ethically-challenged predecessors, including a former managing director jailed for fraud. Heads of multilateral agencies must routinely juggle pressures from members. The largest countries can have sharp elbows. Thus, it is a puzzle why this minor event has been escalated so spectacularly.

But everyone would surely agree that the two institutions have been deeply political from their foundation in 1944, and that will remain the case, whatever happens to Georgieva.

The United States has managed to maintain its veto-wielding voting share, despite its reduced relative economic weight.

America’s influence was illustrated in unusually generous support given to neighbouring Mexico during its 1994 crisis. Similarly, during the 1997 Asian financial crisis, South Korea (a close US security ally where 35,000 US troops were stationed) had more generous support than Indonesia (where one senior US official told me that “the quicker this fucking regime goes, the better”). Argentina, a serial defaulter on its international debt, seems to have been able to get a substantial IMF program (the 2018 loan was the largest even given), no matter how many times it defaults or how ephemeral the prospects of real reform (e.g. the 2000 program). Iran and Afghanistan would have little hope of getting a meaningful IMF program, no matter how great their need.

Indeed, the Fund’s voting structure reflects America’s outsized influence. The United States has managed to maintain its veto-wielding voting share, despite its reduced relative economic weight. China is still greatly under-represented, whether measured by GDP or international trade: America’s voting share is nearly three times that of China. The head of the World Bank is always an American, while a European routinely gets to head the IMF.

In short, these institutions are deeply political, and attempting to dismiss the current Managing Director is best seen as yet another demonstration of this. But that still leaves open the question of “why?” What is going on here?

If this was an opportunity to move the IMF in a less politicised direction, what more could be done? The IMF and Bank already have top-heavy over-intrusive governance, with board members nominated by the main members (in theory also representing wider constituencies encompassing all members). The IMF’s Independent Evaluation Office regularly assesses the technical issue of economic advice and programs. There is very open public discussion of the Fund’s economic policies and a huge research output from the IMF exploring the options in brain-numbing detail. The Fund’s regular country assessments are public documents. Its analysis of the global economy is updated biannually.

Coming out of this brouhaha, the Doing Business Index has been discontinued – no minor change, as this was the World Bank’s pre-eminent publication. The merits of such indices are debatable. There are many similar attempts to distil a large number of disparate elements into a single number, purporting to provide a meaningful ranking of different countries with different economic systems. These aim not only to assess the current situation, but also to encourage policy reform.

In the meantime, it would be interesting to know how Australia’s constituency votes in the vexed Georgieva saga at the upcoming IMF board meeting, and why.

By the time Canberra’s subs roll off the dock, their capabilities will be obsolete, and there are bigger threats, too.
Daniel Flitton 9 Nov 2020 16:00

Will the world be receptive to a US attempt to reassert global leadership after the crassness of Trump’s America First?
Matthew Dal Santo 7 Dec 2016 10:57