Biden has patience for the age

The President’s critics paint an old man struggling with detail but overlook the strength that comes from perseverance. 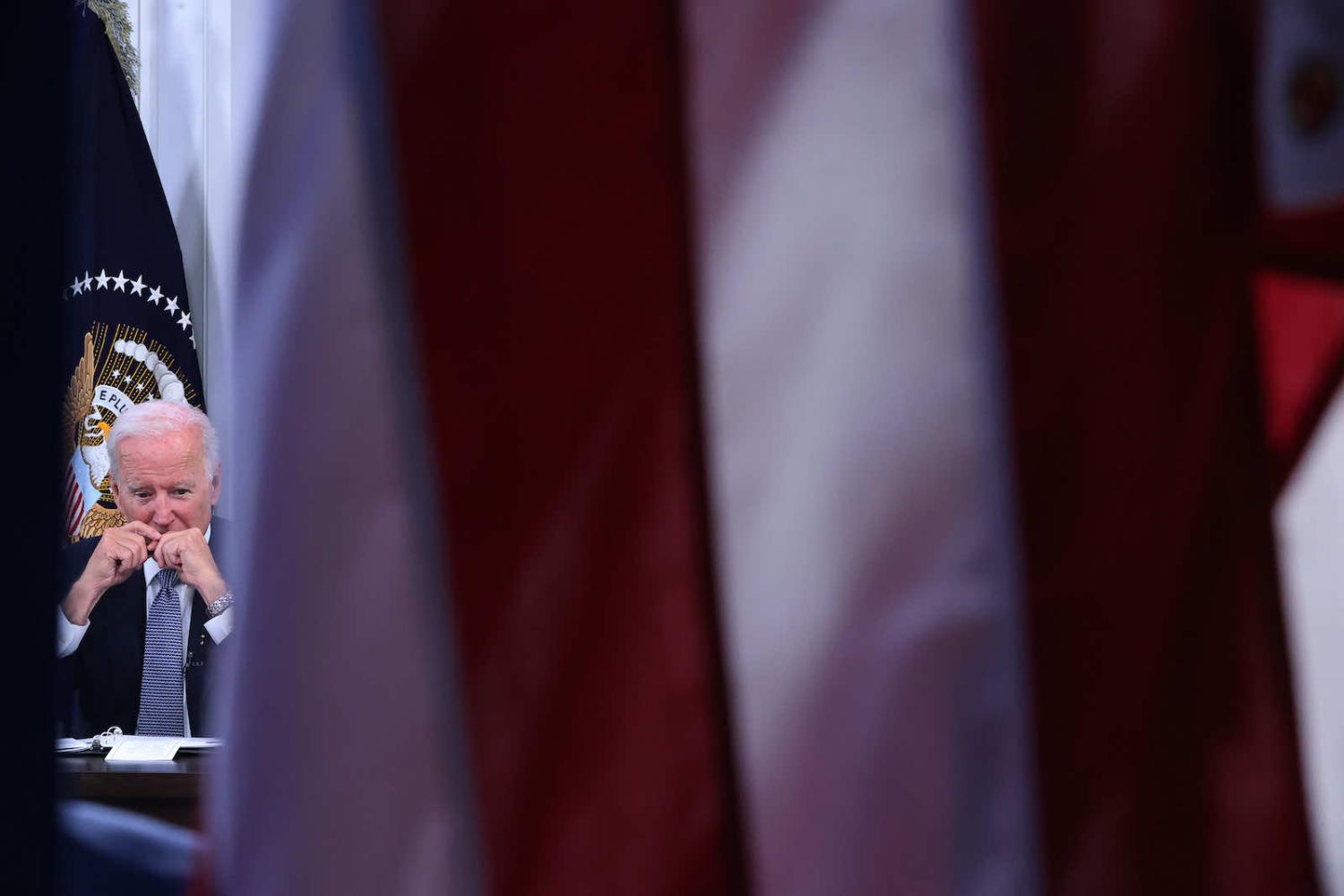 In the 2021 Lowy Institute Poll nearly seven out of 10 Australians expressed confidence in US President Joe Biden to do the right thing in world affairs. But this poll was taken in mid-March when the Biden administration was new. Biden likely benefited from his close relationship with a popular president in Barack Obama, and from the sense of collective relief among America’s allies that Donald Trump was gone (at least for now).

Given the passage of time and Australia’s recent decision to tie its security more directly the United States through AUKUS, it’s worth asking whether Australians’ confidence in Biden is well-placed.

With more than four decades in public life, Biden’s political history includes a mix of bad decisions and misjudgements alongside policy successes. But, allowing for his capacity to learn from his experiences, Biden’s past isn’t a cause for concern. Biden’s inherent weakness is that he’s an old man in what is likely the hardest job in the world.

Ross Douthat, the conservative columnist for the New York Times, argued recently that Biden seems to perform well in situations that require either “spine or simple glad handling … but worse the more that success depends on a mastery of strategy or minute detail, or a careful negotiation between hostile factions”. Douthat warned that Biden’s supporters should be concerned about “[future] scenarios that require a lot from this president: adaptability, finesse, a skilful use of the bully pulpit.”

I take issue with Douthat’s characterisation of Biden’s political talents as simple glad handling but accept that, for some people, age diminishes the capacities highlighted. With these potential deficits in mind, let’s consider the past eight months.

Self-awareness has not kept Biden from making mistakes, but it has kept him from losing focus on his priorities.

The messy Afghanistan withdrawal was a popular policy carried out incompetently, and across several international issues there has been a meaningful gap between the Biden team’s aspirations and tangible results. For example, talks with Iran have gone nowhere, important diplomatic posts remain unfilled, tensions with Europe continue, and the administration is effectively in a holding pattern regarding trade talks with China.

The AUKUS defence pact agreement stands out as a clear achievement for the administration, ten years after Obama announced American’s pivot to Asia. However, given the broad-based bipartisan support for this shift, and the role that Chinese aggression played in solidifying support among allies for the American position, the existence of the agreement doesn’t necessarily signal Biden’s capacity for finesse or careful negotiation between hostile factions (particularly when we factor in France’s anger).

On the domestic front there have been missteps in the administration’s coronavirus response, particularly in communication. And critics on the left and the right point to a lack of urgency and presidential leadership in key areas including the influx of migrants at the border, stalled legislation on police reform and voting rights, and Democratic infighting in Congress.

It seems likely that Biden’s fixed opinion on Afghanistan and inflexibility regarding military advice contributed to the failure of a seasoned diplomatic team to organise an orderly withdrawal from Afghanistan.

But I’m not persuaded that the bulk of disappointments and frustrations associated with the last eight months reflect the inherent weakness of the president.

First, there is tendency to overestimate the power of the president in shaping international outcomes, and second, Biden is constrained domestically by the slimmest of majorities in Congress (a 50-50 Senate and three seats in the House of Representatives).

And I would propose a third explanation that suggests some agency for Biden. There are advantages to being an old man (or woman), and in Biden’s case he appears to possess two key qualities that we would associate with maturity and experience: one, a sense of his own weaknesses, and two, a moral certainty that he’s right about the big issues.

This self-awareness has not kept him from making mistakes, but it has kept him from losing focus on his priorities. Further, age has likely reinforced Biden’s senatorial obsession with details and unwillingness to be rushed into a decision.

After the pandemic response, Biden sees himself as uniquely qualified to restore dignity to what his generation celebrated as the common man, the blue-collar worker, the non-college educated Americans who comprise roughly two thirds of the adult population and have lost economic and political power over the past few decades. Biden’s ambitious domestic agenda invests in a broad set of policies (e.g., climate change, health care, education, child poverty), and it would be paid for with tax increases on wealthy businesses and wealthy individuals.

When the House failed to vote on the bipartisan infrastructure part of the President’s agenda last week Biden didn’t panic, he went to Capitol Hill to meet with Democrats and told reporters, “It doesn’t matter whether it’s in six minutes, six days or in six weeks. We’re going to get it done.” It’s notable that when Biden is pressed by reporters on other issues, he frequently responds with irritation, and tells them he’s going to need more time.

New Yorker staff writer Evan Osnos has written a book Wildland: The Making of America’s Fury that seeks to explain, through the lens of three different places and some memorable characters, how America descended into a state of disunion and dysfunction over the past 20 years.

Osnos writes intimately about the chronic stress placed on American political life through decades of disinvestment in public goods and fighting wars overseas without accountability measures. He also uncovers the extent to which Americans with extraordinary advantages miscalculate the damage they do to fellow citizens in pursuit of profit or political power. The stories in Wildland provide a compelling justification for Biden to maintain his focus.

America brings great wealth and power to the alliance with Australia, but as Fareed Zakaria wrote last week, America’s weakness is its politics. Biden’s focus on reversing the trend of distributing dignity upward in America represents a meaningful attempt to address that weakness. So, yes, for Australia, Biden is likely to, more often than not, do the right thing in the world. But he’s not averse to making people wait.

Previous Article
Germany and Europe: “Ampel” time for reform
Next Article
A rank index or a politicised process? The IMF and trouble at the top

Keeping expectations for the Australia-Indonesia relationship in check

Trump’s truancy in Asia could hasten a hegemon’s demise

China is forging ahead with a regional counter-order to displace America.
Denise Fisher 26 May 2020 14:00

An independence leader has accused France of “colonialist” Covid-19 measures in a bid to shore up the loyalist vote.