AUSMIN is a chance to refocus Biden’s Indo-Pacific strategy

For all the talk, there is little evidence that Washington is treating the region as a decisive priority. 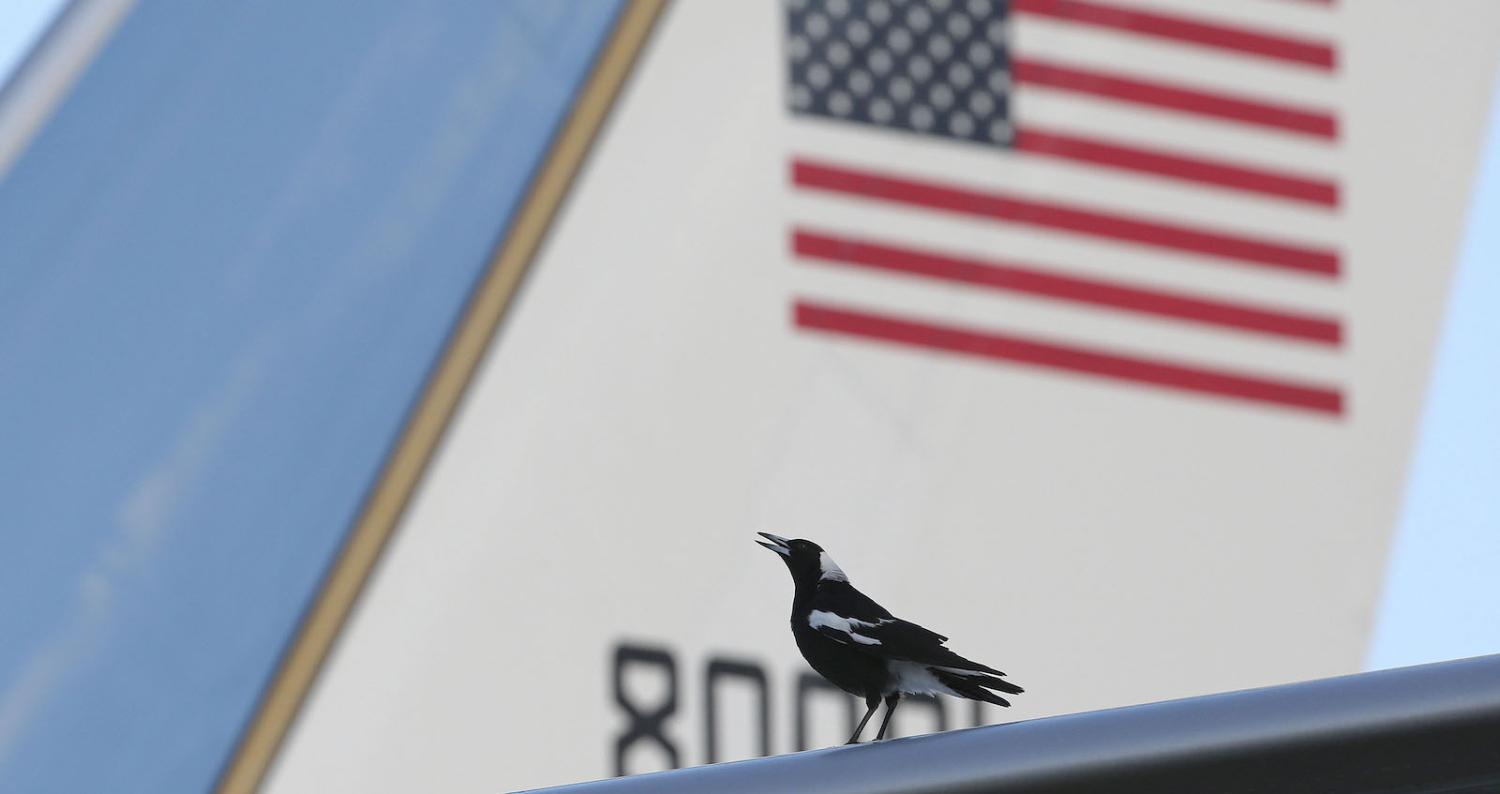 When Foreign Affairs Minister Marise Payne and Defence Minister Peter Dutton land in Washington this week for the annual Australia-United States Ministerial Consultations (AUSMIN), they’ll be at an important juncture for the Australia-US alliance. The “forever wars” in the Middle East are finally declared over. Donald Trump is no longer in the White House. And President Joe Biden is vowing to work closely with allies and partners to compete with China and renew America’s role in the world – exemplified by the just-revealed Australia-UK-US (AUUKUS) defence technology partnership that will help Australia obtain its first-ever nuclear-powered submarines.

While AUSMIN is well-geared to making progress on important bilateral issues, Australia’s overriding priority in any interaction with the United States is much more ambitious and challenging: encouraging the most robust possible US presence in the Indo-Pacific region. How forthright Payne and Dutton are on this topic in this year’s AUSMIN will depend on their personal styles, and how receptive they judge their American counterparts to be to Australian views on US Indo-Pacific strategy.

If Payne and Dutton prefer to be polite about the weakness of the Biden administration’s Indo-Pacific strategy, they could do worse than slip their counterparts a copy of our recent United States Studies Centre report “Correcting the Course”. The report suggests that the administration’s early approach to the Indo-Pacific has lacked focus and urgency – raising questions for regional allies and partners, including Australia, about whether Washington will ever deliver on its long-promised “rebalance to Asia”.

At odds with Biden’s approach on climate change, the Morrison government may be tempted to echo Biden’s rhetoric on other points.

The reason for this is that Biden appears to view competition with China as a predominantly long-term global challenge, rather than present-day contest for regional influence. As such, the administration has prioritised efforts to strengthen America’s domestic power base and the systemic aspects of competition – in areas such as technology, democratic values and global coalition-building – paying comparatively little attention to the near-term requirements of an Indo-Pacific competition for influence.

Biden has no trade or investment strategy for the region, he has not embraced regional defence spending priorities such as the Pacific Deterrence Initiative, and his team have been slow to engage Asian allies and Southeast Asian nations on new diplomatic and economic initiatives – with the Quad Leaders’ Summit and its vaccine initiative as the only real exceptions.

In this context, AUSMIN presents Australia with two opportunities: to use its bilateral defence ties to deepen and embed the US military presence, and to encourage the United States to focus more on competition with China in the Indo-Pacific region itself.

On the defence side – beyond the surprise submarine cooperation program – Dutton has hinted that Australia is seeking US support on two specific military initiatives at this year’s AUSMIN.

The first is the government’s ambition to develop a Sovereign Guided Weapons and Explosive Ordnance Enterprise – a move that would enable Australia to manufacture some of the precision-guided missiles that the 2020 Defence Strategic Update says are necessary to boost deterrence vis-à-vis China and strengthen Australia’s strategic value as an ally. Given the American R&D and technical know-how that would inevitably be required in Australian-built systems to be interoperable with US military networks, Canberra must get Washington’s support to circumvent US export controls and other legislative restrictions that would otherwise undercut the viability of Australia’s sovereign enterprise.

This looks more likely in the wake of the AUUKUS arrangement which suggests the Biden administration may be willing to put the geopolitical needs of empowering close allies ahead of longstanding legislative and commercial restrictions.

While empowering Australia in this way makes geopolitical sense for Washington, it is by no means guaranteed. America’s commercial interests are at odds with this kind of industrial integration, which also collides with the Biden administration’s “worker-centric trade policy” and “Buy American” agenda. Overcoming these hurdles at AUSMIN to bolster the military capabilities of a close ally would be a powerful sign of the Biden administration’s willingness to shake up the playbook to achieve important regional outcomes.

Australia’s second defence goal could be a little easier: new bilateral force posture initiatives that bring a greater rotational US military presence and access in northern and western Australia.

This is very much a shared objective. Australia and other US regional partners need America to retain a strong military footing in the Indo-Pacific’s deteriorating strategic environment, and Australia’s strategic geography – close but not too close to China – is attractive to American war-planners. Both sides appreciate the need to pursue a collective military strategy to balance Chinese power and see value in adding a maritime component to existing US Marine Corps and Air Force posture arrangements in Australia – which may involve operating US Virginia-class nuclear-powered submarines out of Western Australia. Fast-tracking such initiatives would be a sign of success.

Beyond bilateral defence initiatives, Australia should use AUSMIN and the upcoming Quad Leaders’ Summit to push the United States to identify the Indo-Pacific region as its key foreign and defence priority, and to marshal its resources accordingly. Two recent cabinet level visits to Southeast Asia by Defense Secretary Lloyd Austin and Vice President Kamala Harris demonstrate an awareness that the administration has ground to make up in Southeast Asia.

But there is little evidence that Washington is treating the Indo-Pacific as a decisive priority.

Most importantly, Australia should push the United States to signal it is committed to mutually beneficial economic engagement with the Indo-Pacific and adopt trade and investment strategies that reinforce its role as an indispensable resident economic power. Trump’s withdrawal from the Trans-Pacific Partnership was deeply damaging to perceptions of US reliability in the Indo-Pacific. Regional countries value economic cooperation above all else and are intensely focused on recovery from the Covid-19 pandemic. The Biden administration judges that the political risks of trade liberalising agreements such as the TPP are too high. But this isn’t satisfactory from a strategic standpoint: Australia and other regional countries should be persistent in making clear the substantial costs that Washington’s absence will have on its regional standing.

Australia is generally well placed to have frank conversations with the United States about what’s needed in the region and how Washington can do better. At last year’s AUSMIN, Canberra pressed a reluctant Trump administration to deliver new Indo-Pacific health and economic initiatives. Payne also pushed back publicly on former Secretary of State Mike Pompeo’s confrontational language on China, pointedly noting Australia’s “confidence in making decisions in our [own] interests”. A similar level of frankness is required now.

This will be tricky. At odds with Biden’s approach on climate change, the Morrison government may be tempted to echo Biden’s rhetoric on other points, such as the need to rebuild a global alliance of democracies.

Yet, as we argued in The Interpreter back in June, framing competition with China as a “systems competition” between democracies and autocracies does not help the United States’ position in the Indo-Pacific, and could prove counterproductive. This claim sparked a lively debate, including a response from the eminent scholar of US Asia strategy Mike Green. A few months later, we think we were right to point to this framing as a worrying sign about the direction of American regional strategy. The Biden administration has misunderstood the nature and urgency of competition in the Indo-Pacific. Now is the time for it to correct the course.

* This article was updated following the annoucement this morning of “AUKUS” arrangements.

Previous Article
US engagement in Southeast Asia: How much will be enough?
Next Article
How nuclear subs could transform Australia, its alliance and Asia

ASEAN Summit: A chance to engage on the Rohingya crisis

The regional body has been notably silent on genocide in Myanmar, ducking behind the myth of non-interference.