The contradictory world of Chinese journalism

Young journalists are told professionalism is relative: no media are interest-free, and if you work for Chinese state media, you should represent the interest of the Chinese state. 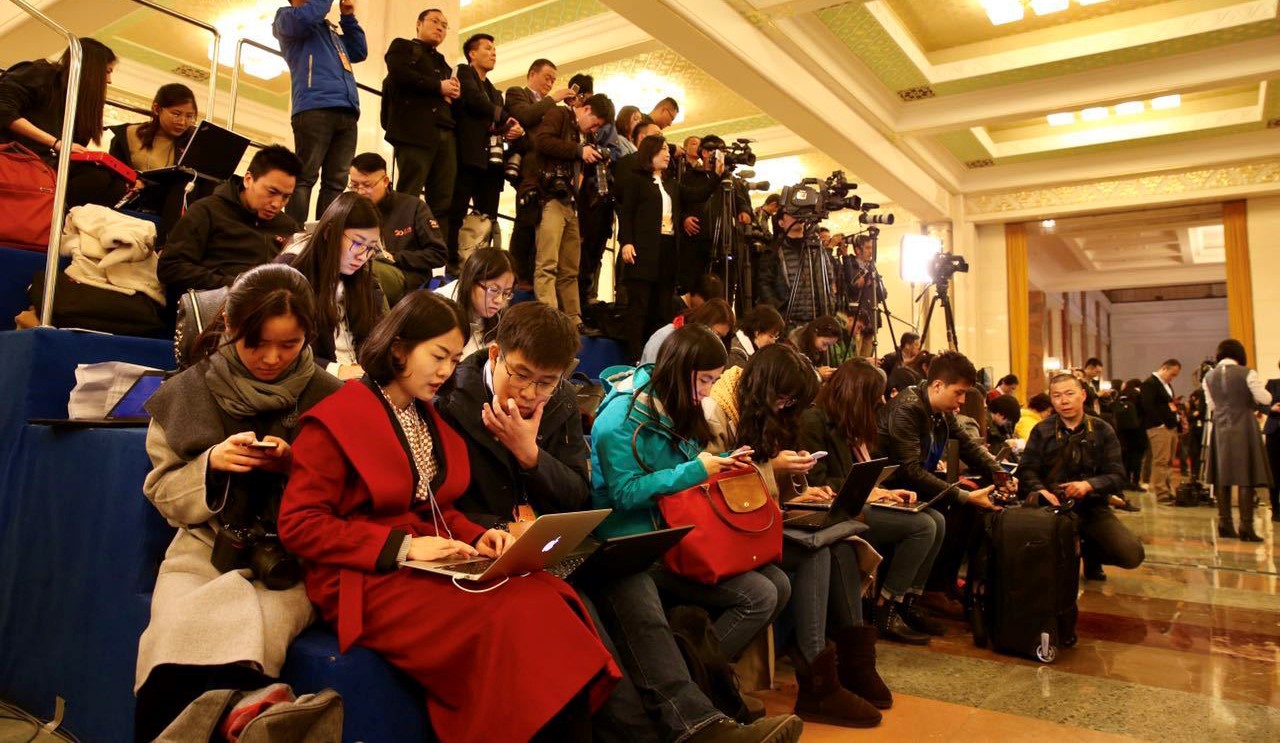 Earlier this year, The New York Times reported that Yang Jisheng, a former senior journalist for China’s main state-owned news agency, Xinhua, was forbidden from traveling to Harvard to accept an award for his book on the famine induced by Chairman Mao’s policies in the late 1950s. While China’s cultural policies have become more repressive since the current chairman, Xi Jinping, took power, there is still a certain irony to this. The Nieman Fellows, who decide on the award, regularly include Chinese journalists. In fact, one of the 2014 fellows was a former Xinhua journalist.

Xinhua continues to attract some of the best graduates of China’s rapidly expanding journalism schools. Many professors at these schools are liberals who teach their students the same standards of journalism as their colleagues in the West, often using some of the same textbooks translated into Chinese. Academics such as these have been targeted in the recent government crackdown on spreading 'Western theories' in higher education. Hu Zhanfan, the previous president of CCTV, the main state-owned broadcaster, reportedly said that journalists who thought of themselves as professionals, instead of as propaganda workers, 'are making a fundamental mistake about their identity'.

Yet, as print and audiovisual media in China struggle to compete against social media, which Chinese audiences often find more credible, there is also pressure on journalists to be more 'professional'. And professionalism is largely understood - timeliness, accuracy, impartiality - as elsewhere. Even those journalists who object to what they perceive as anti-Chinese bias in Western media often cite the BBC or The New York Times as gold standards of professionalism. Officials at media organisations and more nationalistically-minded professors attempt to convince young journalists that professionalism is relative: no media are interest-free, and it is only natural that, if you work for Chinese state media, you represent the interest of the Chinese state.

Some are convinced; others are not. But, for those who avoid 'political mistakes', Xinhua, CCTV, and a few other central media offer job security and welfare benefits, something that more independent-minded local media, in the double stranglehold of falling profits and growing government pressure, do not. Moreover, thanks to a government drive to expand China’s 'soft power', the central media have money to expand their foreign correspondent networks. For a bright young journalism graduate who wants to see the world and report on it, it is not so difficult to get a posting abroad just a few months out of school.

Some are quickly disillusioned. A young Xinhua correspondent was initially enthusiastic about her posting in India and prepared to work hard on covering the national election of the 'world’s largest democracy'. Her boss warned her not to go overboard. She then wanted to report a story on gang rape that then made headlines around the world. No, she was told; it would harm Sino-Indian relations. Gradually, she stopped taking initiative. Others quit soon after joining and chose to go abroad to study or launch online startups. Mu Guangren, Xinhua’s former editor-in-chief, lamented in an article that the agency was less open to the world now than it had been in the 1980s. Domestically, the 1990s are now seen as the golden age of investigative reporting, when a good scoop could sell millions of copies and propel a journalist to fame. Today, not just government censorship but also corporate threats of withdrawing advertising make editors cautious.

Still, most young journalists learn the rules and fit in. As places to work and socialise, big state media are not as straightlaced and hierarchical as they once were. While older men with reliable Party credentials are still in charge at the top, many mid-level managers, a number of them women, have studied abroad. They ushered in a more easy-going atmosphere and fresher looks. A Xinhua reporter can now face the camera with a hairdo that verges on punk.

At the rapidly expanding overseas bureaux, a new generation of young Chinese journalists is getting to know the world from personal experience. But they keep most of their impressions to themselves. 'It is just a job, not a vocation,' a People’s Daily correspondent told me, adding 'How many journalists still have ideals?' A CCTV reporter said 'If you work for Chinese media, you cannot avoid having a split personality.' Some live with this; others seek solace in small gestures like not putting their names under a story filed against their better judgment. Some speak wistfully about Wall Street Journal or Financial Times investigations into corruption in China as the sort of journalism they should, but never will, do in the West; others embrace the role of spokespersons for a misunderstood but vilified China. But little of this translates into better reporting. 'In the past decade, information exchange between ordinary Chinese people and international society at the personal level has become a common occurrence,' wrote a senior foreign affairs journalists who recently resigned from his newspaper because his room to write was shrinking, 'but in people’s minds, there still is a solid and thick wall'.