Australia and New Zealand provide a case for whether it pays to be nice – or if it’s simply not worth bothering. 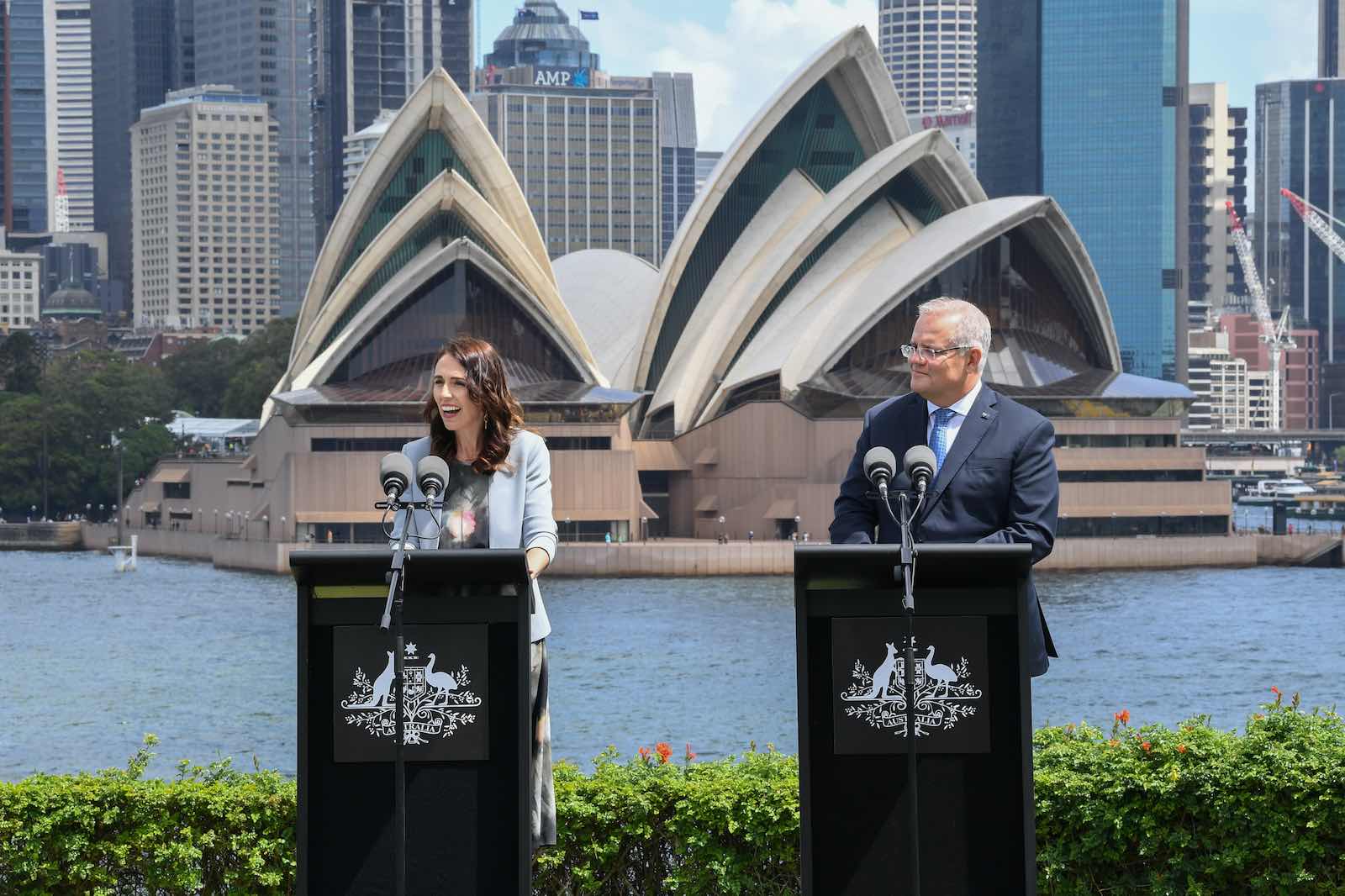 The term “political science,” as many have observed, is somewhat of an oxymoron. Of all fields of scholarly pursuit, politics is comparatively ill-suited to the processes of the scientific method. Political systems and policies cannot exactly be isolated in a laboratory. The “data sets” of seemingly infinite variables are so complex and dynamic that while the “hard” sciences are sending rockets to Mars, our world’s most celebrated political scientists still struggle to accurately predict election outcomes.

Yet every once in a while, useful comparative case studies can emerge, even in the chaos of politics. As the world’s liberal democracies struggle to determine how best to manage their relationships with China, the closest thing we can get to an A/B test in diplomacy may be offered by looking at Australia and New Zealand.

To be clear, the trans-Tasman nations appear not to differ much on the broad substance on their policies towards China. Both are members of the Five Eyes intelligence partnership and firm allies of the United States, a situation which is highly unlikely to change in the foreseeable future. Both have banned Huawei and other Chinese telecommunications firms from providing 5G infrastructure for their domestic wireless networks. Both have criticised China’s repression of human rights at home and growing aggression internationally. Both nations are also heavily dependent on China economically and questioning if – and how – they can diversify away from the world’s second-largest economy in any significant way.

Yet there is one key variable in which the two Oceanic countries are differing vis-à-vis China: tone.

What Australia and New Zealand are offering is an opportunity for China to prove to the world whether there is a “middle way” to engage with the world’s second-biggest economy without capitulating to its often-unreasonable demands.

In Australia, Prime Minister Scott Morrison and his cabinet have been blunt and unapologetic about the growing rift with the country’s biggest trading partner, and China’s own “wolf warrior” diplomats and state media have been more than willing to throw fuel on the fire. As the US and China seem to be moving towards unavoidable great-power conflict, China has chosen to pressure US allies – none more so than Australia – and Australia’s leaders appear to be embracing the country’s role on the front lines.

As far as Beijing is concerned, at the heart of the conflict is a list of 14 grievances, which they made public in November 2020. Much of the list refers either to policy positions shared by nearly every Western nation (criticism of China’s actions in Xinjiang and Hong Kong, for instance), or actions which the state is powerless to address in a liberal democratic system (such as comments by members of parliament, or reports from domestic media outlets).

Yet while many of the core interests of two nations remain in opposition, the Morrison government has received criticism for its outspoken and combative bluster towards China, leading to the worsening of an already fraught situation. In a December 2020 interview for Monocle 24’s “The Foreign Desk” podcast, former PM Kevin Rudd suggested that a more prudent Australian policy towards China would be to “talk less” and “do more”.

To “talk less” could be an accurate characterisation of how New Zealand Prime Minister Jacinda Ardern’s government has chosen to deal with China. In contrast to Australia’s strong language and willingness to engage in heated diplomatic spats, New Zealand’s diplomats have tread lightly. In a speech delivered on 19 April, Foreign Minister Nanaia Mahuta emphasised a willingness to work with China on issues of shared interests such as the fights against climate change and poverty.

Though both subtly and directly critical of issues such as China’s human rights abuses and cyberattacks, it was unmistakably nicer than what we have seen from its allies, not only in Australia, but in the United States and Canada, as well.

The relatively friendly nature of New Zealand’s language towards China has drawn criticism from its Five Eyes partners, perhaps most meaningfully from those in Australia who understandably feel that their closest partner is offering insufficient support as China appears to be waging an all-out trade war on Australian exports.

Yet while Australia and New Zealand exchange nasty glances like feuding siblings at the dinner table, their differing approaches may end up offering a valuable case study for other middle powers struggling to determine how exactly to manage their current China conundrums. In its actual policies, New Zealand has largely remained aligned with the US, Australia and their allies. What they are offering is an opportunity for China to prove to the world whether there is a “middle way” to engage with the world’s second-biggest economy without capitulating to its often-unreasonable demands.

In politics, as in life, there is often much to be gained and little to be lost by treating others – even one’s foes – with a degree of kindness and respect. However, there are also moments when gestures of kindness are exploited by bad-faith actors. When it comes to China, Australia and New Zealand will provide an instructive case for whether it pays to be nice to Beijing, or if it simply isn’t worth the bother.

The field of international relations rarely offers an A/B test. Yet at this moment, we just may be fortunate enough to have one. Here is a chance to pay attention.