The 19th Party Congress was a watershed for the Xi administration. Feverish speculation about candidates for promotion the Politburo Standing Committee is over, but their policy significance much as before: enigmatic.

There is a natural interest in factional or interest group allegiance. It is now clear that former tuanpai (Youth League faction) is now basically out of contention. The newly appointed Politburo Standing Committee preserved some conventions regarding seniority, but both it and the Politburo itself are heavily dominated by Xi Jinping's political clients.

But how any of this will play out in terms of policy interests is debatable. It is as rewarding to place the new administration, or at least some of it, on a different axis: risk aversion. In other words, as part of a universal desire to reduce uncertainty, a tendency to take the least risky of a set of options. Such an analysis of this particular issue of course cannot be as neat as in formal studies where degrees of risk have clear quantitative measures. The subjective element is obvious. Your risk is my caution; when classical theory says not committing to tough reforms is risky in the medium to long term, the leaders would likely reply that the danger of overturning the entire ship of state is overwhelmingly near and present, and so on.

Taking this into account, consider the following as a broad description of the Xi administration as a whole.

On the domestic side, risk aversion is clearly an attribute of the administration's economic policy of 'supply-side structural reform'. This walks back many of the bold proposals of the Third Plenum platform of October 2013, some of which had derived from the World Bank-inspired China 2030 report. Strong market discipline in the 'three D's' (de-leveraging, de-capacitising and de-stocking), above all with respect to 'zombie enterprises', was expected to be applied in the wake of the Third Plenum. In April 2016 it was revealed that detailed directives emanating from Party headquarters had opted instead for numerical quotas at each administrative level nationwide. This was far more conservative, allowing loss-making zombie firms to stay on survival rations of public finance when the grassroots found it politically expedient. The editorial comments of an 'authoritarian person' insisting that reform was on track seemed a retrospective justification of the caution.

Policy on state-owned enterprises (SOEs) shows similar patterns, with renewed emphasis on mergers and acquisitions, aimed at creating national champions at the high-end. The middle and lower regions of the state-owned sector show more mixed strategies, but the retention of SOEs as the pillar of 'socialism with Chinese characteristics' is difficult to frame as in any way radically adventurous. Rather, it conforms to the image of a China continuing to rely on state investment to boost the economy, sustain employment, and head off capital flight. This is no doubt an oversimplification, but the image of caution in economic reform, taken together with the predilection for incremental innovation in dispersed pilot zones, is hard to dispel.

Not so in the political realm. Here the Xi administration early shown a willingness to risk a great deal, above all in the anti-corruption campaign. This was a complex gamble, winning popular hearts and minds while alienating entire strata of the Party and state officialdom. The stakes are still rising: the campaign consolidated Xi's position to unprecedented levels while simultaneously reducing the prospects for his dividing, sharing or transferring his power.

Further risks were taken in Xi's tough measures against rights lawyers, ethnic and religious minorities and other features of civil society that had been emerging in the previous administrations of Jiang Zemin and Hu Jintao. These required empowering of new organisations, ranging from central Party and state Leading Groups to inspection teams to Party-designated board positions in enterprises. The identity and ethical purity of these agencies is highly centralised and personalised; endlessly repeated declarations of loyalty to the Great Leader (a Maoist designation now reappearing in state media) is not exactly reassuring.

What of the top teams, the Politburo and Standing Committee? Little beyond consensus dominated by Xi's slogans is apparent at this point; colleagues are at this stage hard to differentiate from Xi himself, but may become so over time. The meaning of Liu He's promotion to the Politburo is debatable. Though an architect of the Third Plenum program, this arguably represented a compromise the administration accepted under duress while it dealt with life-or-death political issues of Zhou Yongkang and Bo Xilai.

The promotion of Wang Huning to the Politburo Standing Committee is by contrast a token of political risk-taking, given Wang's earlier commitment to 'new authoritarianism', a high-stakes trade-off in which civil rights are suppressed today in exchange for a pledge of a 'modernised' and in some sense 'democratic' political order eventually.

Much of this sphere will remain enigmatic for the near future, but it is no more enigmatic than the search for factional interests, and deserves energetic research and monitoring. 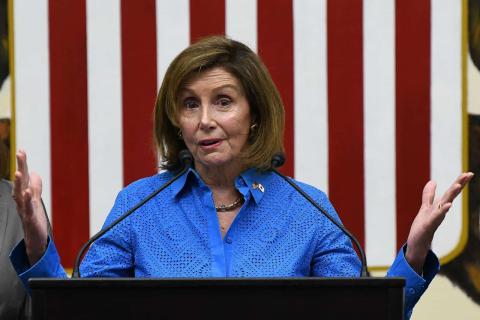 These tiny strategic products can profoundly change the world as the US and China fight over the brains of electronics.
Hugh White 27 Sep 2022 03:00

Taiwan: Biden risks talking himself into a war he cannot win