Is Singapore feeling safe enough to go to the polls?

All signs point to a looming election, but nothing is official so far – and a ballot in a pandemic is a big risk. 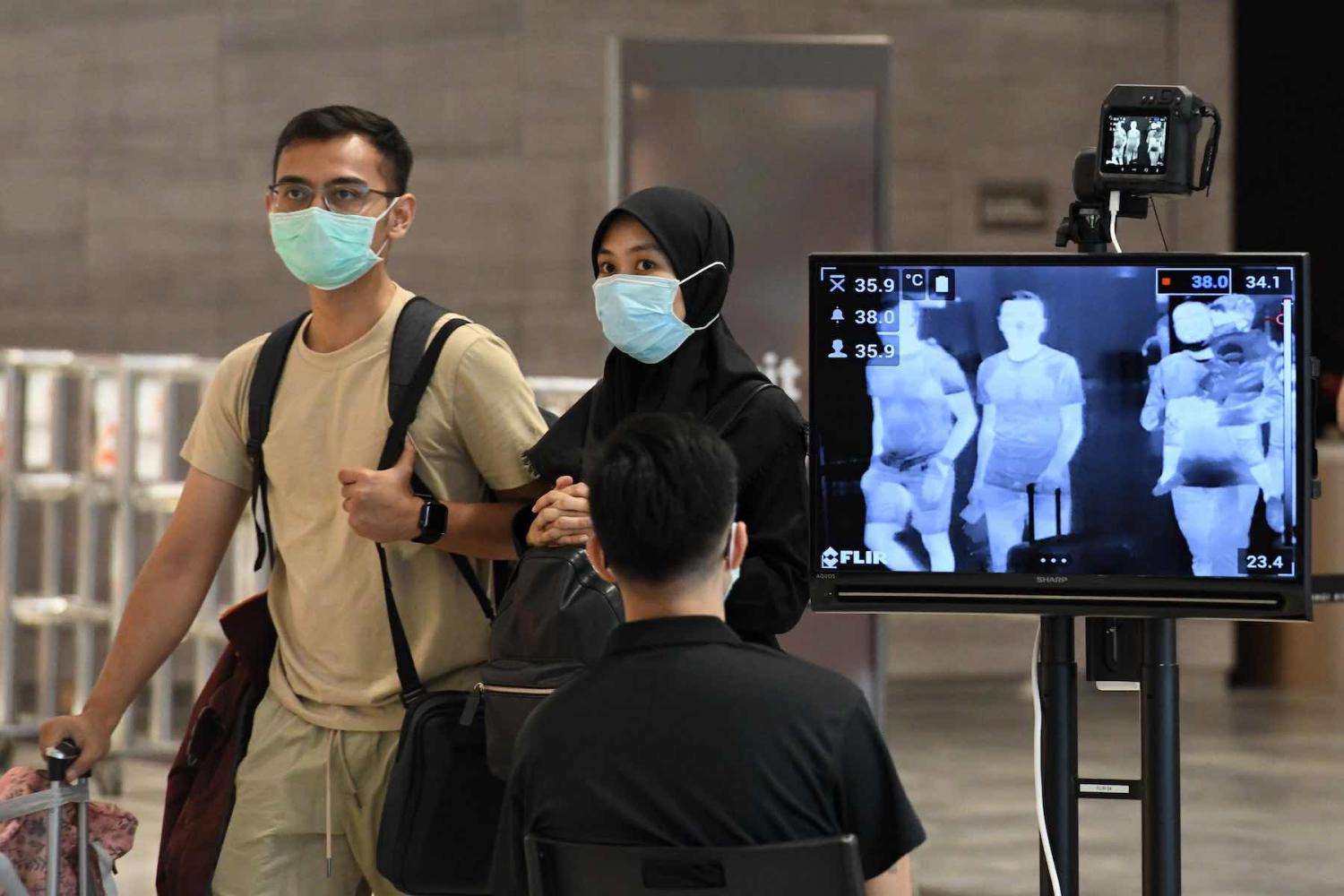 As news of a global pandemic dominated headlines and pushed most other news off the agenda, another breaking news bomb was casually dropped in Singapore on 13 March: the release of new electoral boundaries for the upcoming election.

Based on past experience, the release of the Electoral Boundaries Review Committee’s (EBRC) report is taken as a clear indicator that an election is near. Under Singaporean law, it’s up to the prime minister to decide on the timing of an election, as long as it doesn’t go beyond a five-year term. Given Singapore’s extremely short election period – there are only nine days of campaigning – the issue of when an election might be called is a matter of widespread speculation and interest. Singapore must hold an election before 21 April 2021.

It’s no surprise that opposition parties would be so opposed to an election at this point in time. Apart from the public health issue, potential mitigation measures could make it even more of an uphill climb for these smaller, under-resourced parties.

Parliament has usually been dissolved within two months of the EBRC’s report, suggesting that Singaporeans could be heading to the polls within the first half of this year. But the country is still in the throes of the COVID-19 outbreak, with a rising number of cases as the virus runs rampant in multiple countries. At the time of writing, Singapore has confirmed 313 cases, although there have fortunately been no deaths so far.

In his comments, Prime Minister Lee Hsien Loong kept his options open. “We have two choices. Either hope and pray that things will stabilise before the end of the term so that we can hold elections under more normal circumstances – but we have no certainty of that,” he wrote in a Facebook post, continuing:

Or else call elections early, knowing that we are going into a hurricane, to elect a new government with a fresh mandate and a full term ahead of it, which can work with Singaporeans on the critical tasks at hand… Which way to go, and the elections date, will depend on what will best see Singapore through this major crisis.

From a logistical and public safety point of view, holding an election in the middle of an outbreak – when people are meant to be practising social distancing and staying home – would be an absolute nightmare. Lee Hsien Loong’s own administration has brought in stepped up measures to combatting the virus, including the cancellation or deferring of cultural, sporting, and entertainment events involving 250 or more people. It’s also unclear how Singaporeans who have been served stay-home or quarantine orders would be able to vote – or even if people would be willing to head out to polling centres at all.

Given this backdrop, a regular election campaigning period, with all the obligatory walkabouts, house visits, and nightly rallies, seems not only unfeasible, but highly undesirable.

A “COVID-19 election”, though, could give the ruling party even more of a strategic advantage than usual. Singapore’s international reputation is currently riding extremely high, as the government’s response to the outbreak is praised far and wide, reinforcing the People’s Action Party’s narrative as being the most effective party with the best track record in Singapore.

Singapore is the model case for how you want a government to respond to crisis.

Nobody else is close.

This narrative is, in a way, an accurate one, given that the People’s Action Party is the only existing party with a track record of governing Singapore, having been voted into power in 1959, six years before the island actually became an independent country. If given a choice in this time of crisis and anxiety, it’s highly unlikely that Singaporeans will pick now, of all times, to rock the boat by voting in opposition parties.

With a year to go before the current term has to officially end, not everyone is convinced by Lee’s reasoning, particularly since the number of new cases detected in Singapore is going up again. On Wednesday evening, the government reported 47 new cases. Although most of the cases had been imported, the number was still a new single-day high for the country.

“The new coronavirus pandemic is an extraordinary situation. I have not come across people wondering about the current administration’s mandate until Mr Lee raised the issue,” says political scientist Ian Chong. He adds:

There ought to be opportunities to learn about how to better handle the situation and even hold elections under pandemic situations during the months in between [now and April 2021]. I note that some cabinet-level officials too indicated that their focus is on managing the pandemic rather than campaigning.

Many of the country’s alternative parties have chimed in on the issue. The Workers’ Party – the only other party to currently have seats in Parliament – called on Lee Hsien Loong’s administration to “take caution and exercise judiciousness” in choosing when to call an election.

“We are exposing more than 2.6 million voters to the virus on Polling Day because voting is compulsory and everyone must go to the polling stations to cast their vote,” said Progress Singapore Party leader Tan Cheng Bock. “Is this a risk we want to take?”

“We hope that the PAP will not capitalise on the crisis by holding the GE at this time as it will take away valuable resources needed to combat the virus outbreak and jeopardise the public's health and well-being,” the Singapore Democratic Party said in a statement.

In response to questions, Ariffin Sha, assistant secretary-general of the Singapore People’s Party, pointed out that while challenges long faced by opposition parties — such as the constantly shifting electoral boundaries — are still present, the situation with coronavirus presents new difficulties.

“In the midst of this coronavirus outbreak, we will need to take precautions and adopt measures that are unprecedented. Therefore, we will need to adapt and conduct a campaign in responsible manner,” he says. “This may hinder opposition parties as there may be no opportunity for rallies and large-scale walkabouts as there will be lesser opportunities to reach out to Singaporeans.”

It’s no surprise that opposition parties would be so opposed to an election at this point in time. Apart from the public health issue, potential mitigation measures could make it even more of an uphill climb for these smaller, under-resourced parties.

Chong points to different levels of access to and coverage of political parties in the country: “Parties that wish to do walkabouts, mass rallies, or large events during a time when a contagious disease outbreak is ongoing are simply not being responsible. This means that a lot of the campaigning may have to take place online. How people can have equal access to the various political parties under such circumstances is less clear.”

The potential loss of rallies would be a serious blow to alternative parties in particular. While PAP rallies tend to be modestly attended, some opposition rallies draw huge crowds as people take advantage of a rare opportunity to gather and hear directly from the opposition. These mass events are also incredibly important for these parties to muster supporters, raise funds through the sale of merchandise, and generate emotional impact and momentum.

The signs – from the release of the electoral boundaries report, to the emergence of politicians eager to meet-and-greet constituents in hawker centres and housing estates – are all pointing to a looming election, but nothing is official so far. Lee Hsien Loong could simply still be testing the waters to get a sense of how an election would be received at this moment. While the victory of his party has never been much in doubt even without the coronavirus outbreak, it remains to be seen how far the party might be willing to go to secure the largest margin they can.

Previous Article
Don’t succumb to complacency again: Beating Covid-19 will take a team
Next Article
Why gender matters in the impact and recovery from Covid-19

A project to build bullet train lines across India is part of a burgeoning trans-Asian partnership.
Jim Molan 25 Aug 2017 15:34