Two-thirds of the global health workforce is female. Start there, then think through rest of the consequences for women. 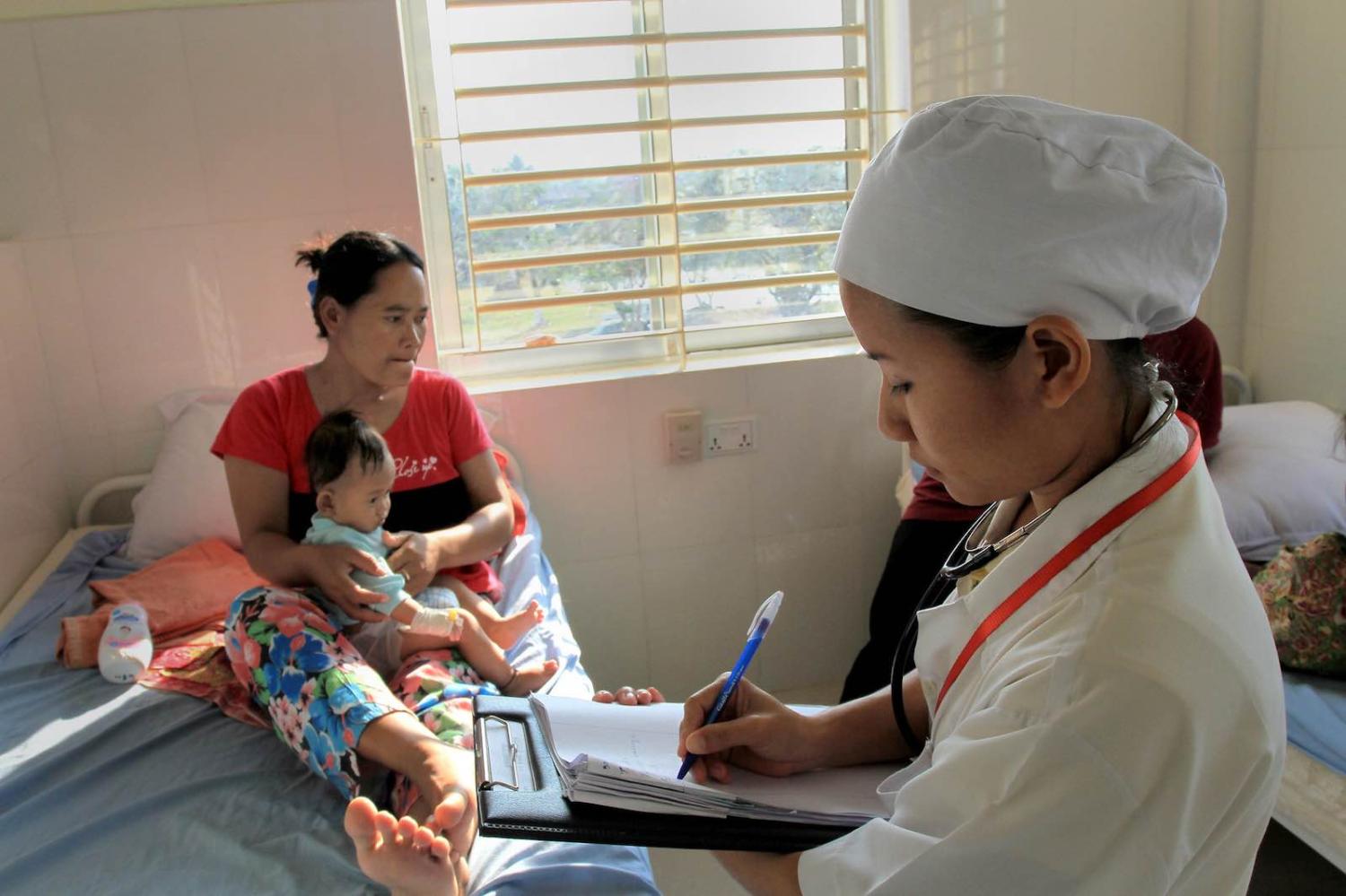 The Covid-19 outbreak has revealed the strengths and weaknesses in our collective global and national capacities to respond to this health emergency. Everything in our social world is gendered, and so it is with Covid-19. As with the experience of wars and the 2008 Global Financial Crisis, women are often those least visible in crisis decision-making, yet within health emergencies they are conspicuous as healthcare workers and carers. This gendered reality is a remarkable pattern replicated across diverse societies and countries.

Front-line health professionals and workers most exposed to the infectious disease are likely to be women: nurses, nurse aides, teachers, child care workers, aged-care workers, and cleaners are mostly women. And 67% of the global health workforce is female, according to a 2019 study.

Among those workers – many part-time and casual, and most likely to be laid off or given shorter hours during the crisis and post-crisis – women are the largest group. Compared with men, women are more likely to be casual workers without sick leave/isolation leave work entitlements. Migrant women workers – nurses and domestic workers – experience double discrimination through both low-paid and/or casual work, with greater risk of wage loss and unemployment, limited access to healthcare and protective items.

As children are sent home, who will be taking time off work to homeschool them? As family members, neighbours, and friends go into isolation who will source food and provisions for them?

In previous crises, the large volume of unpaid work largely carried out by women will increase exponentially. As a consequence of the Zika outbreak, many women had to expand their labour to perform vector control activities in communities, and those with children born with Congenital Zika Syndrome had to leave their jobs to provide full-time care for their children, and are still unable to return four years later. We don’t yet know the care obligations that will continue after this outbreak abates, but we can be certain that primarily women will carry out the majority of care labour.

Domestic violence, in particular, does not go away after the emergency.

Women and children in self-isolation or in quarantine are also vulnerable to domestic violence. Not all homes are safe, and enforced periods of isolation in the home will put many women at risk. Domestic violence is an indirect impact of coronavirus and more likely in stressed and at risk households.

Previous studies of emergency situations, including infectious disease outbreaks such as the Ebola outbreak in West Africa in 2014–2015, revealed that women and girls experienced high rates of sexual violence and abuse. It was the “silent epidemic” experienced by women and girls who often had few options but to seek shelter in environments that they knew were dangerous. The emergency forced them into situations that were dangerous and harmful. Gang violence in El Salvador and Brazil has directly impacted women’s access to sexual and reproductive health services during the Zika crisis, with informal networks controlling who has access to provision and who does not. In the Ebola outbreak in the Democratic Republic of Congo, it was difficult to deliver specific sexual and reproductive health services, including care for survivors of family violence. This health emergency may create similar epidemics of sexual violence in high-risk situations.

For a woman who has been planning to leave her violent husband or family, the consequence of travel bans and city lockdowns is dire. What protection options are available for women migrant domestic workers who may be trapped in violent and abusive arrangements under self-isolation policies in the Asia and Pacific region? There is a vital need to ensure that sexual and reproductive services are prioritised during the Covid-19 crisis to ensure women and girls have access to services for maternal care, to prevent unwanted pregnancies, and for survivors of gender-based violence. This is being further jeopardised by concerns about shortages of contraception as a consequence of supply chain disruption.

Travel and trade bans will affect a vast number of countries including many businesses and developing nations in particular that are heavily reliant on tourism and trade. Therefore, there needs to be rapid response plans for these at-risk communities to campaigns, shelters, and support is available for women, men, and families that are going to face prolonged economic and mental strain after the outbreak.

Domestic violence, in particular, does not go away after the emergency. In the aftermath of the 2008 Global Financial Crisis, for instance, low-income households experienced a spike in domestic violence, with women and children often the target of income stresses as a result of unemployment. There is no doubt that Covid-19 will lead to significant economic depression in most countries, and women – who are more likely than men to be in low-income households – may be hardest hit.

To mitigate disproportionate gendered impacts, there is a need to ensure that economic investment during and post-crisis is not focused only on some sectors of the economy – for instance, in Australia, the manufacturing and trades, which largely employ men compared with the services sector, which largely employ women. There is a need to dedicate funding to support the economic empowerment of women who, whether health care workers, casual shop workers, or small business traders, will have managed high-load unpaid care roles and high-load low-paid work roles during this crisis.

At an individual and household level, men and women need to share the caring work involved in surviving the Covid-19 pandemic. This could be facilitated with improved government communications and risk mitigation strategies which actively target this issue.

Ensuring that public communication messages also include apps, hotlines, and clinic services for women and children to access sexual and reproductive care and gender-based violence crisis services during the outbreak is vital.

There is also the need to ensure women’s representation in Covid-10 recovery decision-making, since, as David Evans writes, “when women have less decision-making power than men, either in households or in government, then women’s needs during an epidemic are less likely to be met”. It is vital to also acknowledge that not just any woman will do when comes to crisis management: global health needs gender experts. Gender expertise is lacking in pandemic planning, outbreak response, and post-pandemic recovery.

Including gender-sensitive analysis and methods in the fields of technology, crisis economics, public health, engineering, and risk communications is crucial, since they are all vital for building future resilience to the next emergency, whether health, climate, or other disaster.

Previous Article
Is Singapore feeling safe enough to go to the polls?
Next Article
COVIDcast episode 3: The China story

It’s all about Iran, right? Actually, the agreement has more to do with managing the US and China.
Mateo Szlapek-Sewillo 11 Jan 2022 10:30

Media blackouts and influence from the Kremlin are stifling anti-government protests in the Central Asian republic.
Fadhilah Fitri Primandari 2 Apr 2020 12:30