Solomon Islands: a blueprint to stop a cycle of strife

Allowing more power for the provinces under a decentralised system of governance will be a step towards stability. 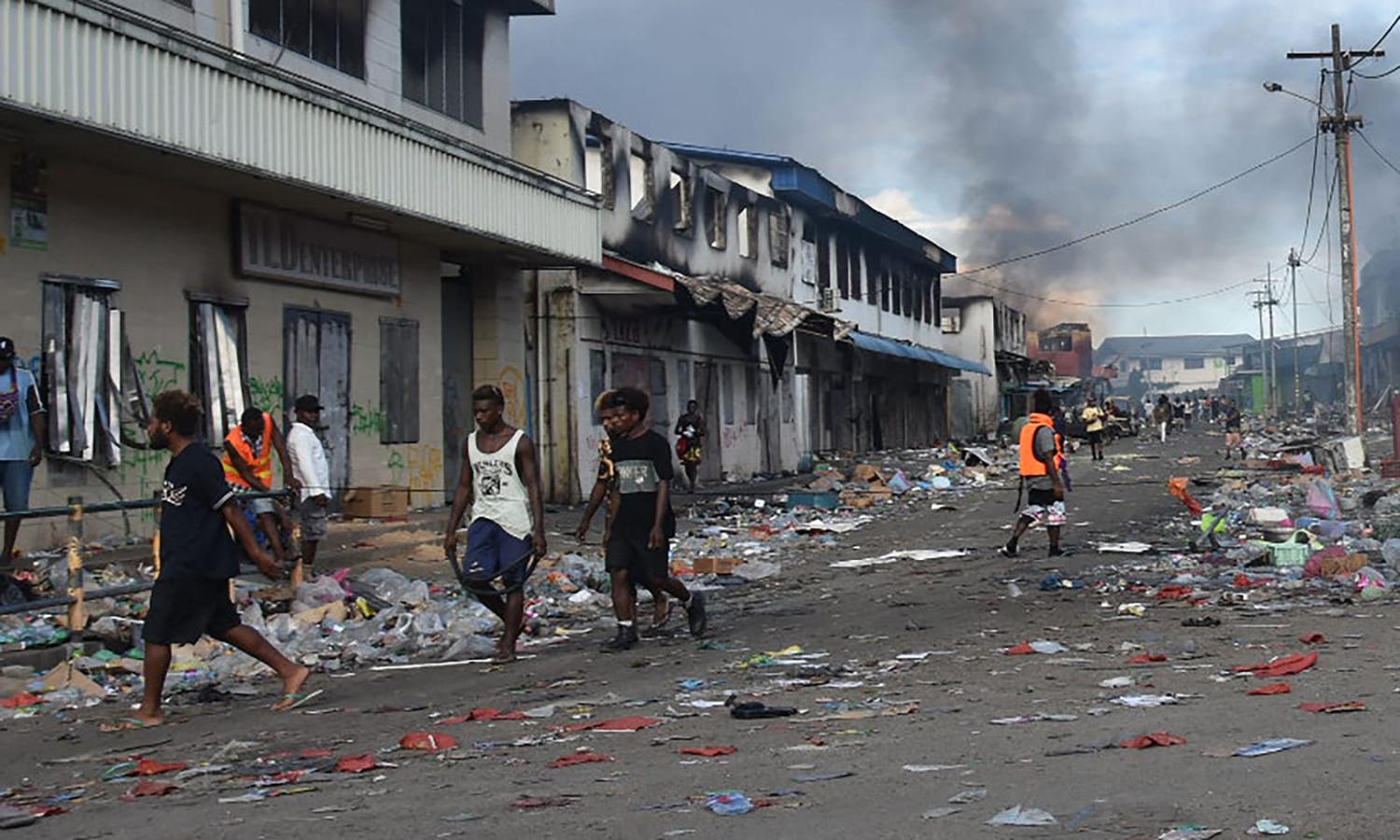 In November last year, Solomon Islands’ capital Honiara erupted into three days of riots, resulting in three deaths, estimated property losses of up to SBD$811 million (A$14 million) and the total destruction of the Chinatown district. In the aftermath, regional police and military personnel deployed in a bid to address an internal conflict in Solomon Islands – again. The latest mission followed the 14-year Regional Assistance Mission to Solomon Islands (RAMSI), which had concluded in 2017.

Now the dust has settled, and with the hope to avoid a further repeat of such strife, some lessons can be drawn. The most obvious involves the need to set up a system of power sharing in Solomon Islands governance that represents and balances different interests, rather than the present governmental power structure that centralises control of resources, revenue and public goods in Honiara.

The most recent riots followed an initially peaceful protest in which people from Solomon Islands’ most populous province, Malaita, and its premier, called for Prime Minister Manasseh Sogavare to step down over his refusal to respond to petitions and entreaties for the province to run its own affairs and have a voice in critical national decisions.

Solomon Islands has considerable diversity across the archipelago in terms of people’s cultures, languages and local situations. The furthest islands are several days’ travel to the capital city by ship. Without a system of power sharing between the diverse groups and provinces of Solomon Islands, national politics and governance becomes a contest that leaves too many people dissatisfied and unable to have a voice in decisions over their land, resources, services and other crucial matters.

Who will broker the dialogue between the different levels of governments and interest groups to bring about a lasting solution? Australia cannot absolve itself from this role.

There have long been calls for a more decentralised system in Solomon Islands. The Solomon Islands Truth and Reconciliation Commission (TRC) report identified the lack of power sharing in governance as a main cause of the tensions in the country leading up to the 2003 RAMSI deployment. The 2000 Townsville Peace Agreement also called for autonomous government for Malaita and Guadalcanal provinces. Similar calls have been made by premiers from Western Province and Temotu Province.

The issue cannot continue to be left unaddressed.

To move a decentralisation agenda forward, it is proposed that a policy constituency be created that is inclusive, with broad representation of key stakeholders to negotiate power transfer and sharing. Such changes to governance must be inclusive of men, women and youth, and all diverse ethnicities, and could be guided under the parliament’s Constitutional Review Committee. A working group of approximately three or fewer representatives per province plus technical experts could serve as the authors of a blueprint for a more inclusive system of governance. The intent is that the blueprint for a decentralised system should be bipartisan.

A blueprint is not a law and would not intend to usurp the powers of elected representatives. However, involving the parliament’s Constitutional Review Committee would ensure that any legislative changes necessary to transfer some of the powers that are identified by the group as a first step towards achieving greater decentralisation can be swiftly acted upon.

The question is how is this process to be facilitated, and who will broker the dialogue between the different levels of governments and interest groups to bring about a lasting solution? Australia cannot absolve itself from this role.

There has been a reluctance by Australia to engage in “Solomon politics”. But politics cannot be separated from security – a political system that creates competition and blurred boundaries between the provinces and national government creates security threats, ranging from problems such as rioting and noncompliance with national laws, to succession movements and civil war. Australia simply sending troops to quell unrest upon request of the prime minister of the day has proven a short-term band aid, not a cure for the wound.

Australia could lend resources to a long-term fix by assisting the different levels of governments to negotiate a settlement under the auspices of parliament’s Constitutional Review Committee. Independent secretarial support and legal services could be facilitated through local partnerships with overseas academic institutions and think tanks – the aim being to provide the evidence base that allows the national and provincial governments to negotiate a settlement, taking into account elements of the draft federal constitution, the Townsville Peace Agreement, and other key Solomon reports.

While leaders at national and provincial levels have expressed support for the concept of decentralisation, the question now is how to build it. Unless a new structure of power sharing is established, Solomon Islands will be vulnerable to repeated strife that will require outside intervention to resolve. It is critical that the problem that has given rise to the riots is fixed by Solomon Islanders, with Australian support as needed.

Previous Article
What are the prospects for stability across the Taiwan Strait?
Next Article
Should democracies ever lie?

Consternation about the diplomatic switch from Taiwan shows how local politics can have international ramifications.
Kerryn Baker 23 Apr 2019 06:00

There is a new normal for Solomon Islands politics ­– a fund of money makes sitting MPs much stronger than historically.
Edward Cavanough 17 Dec 2021 11:00