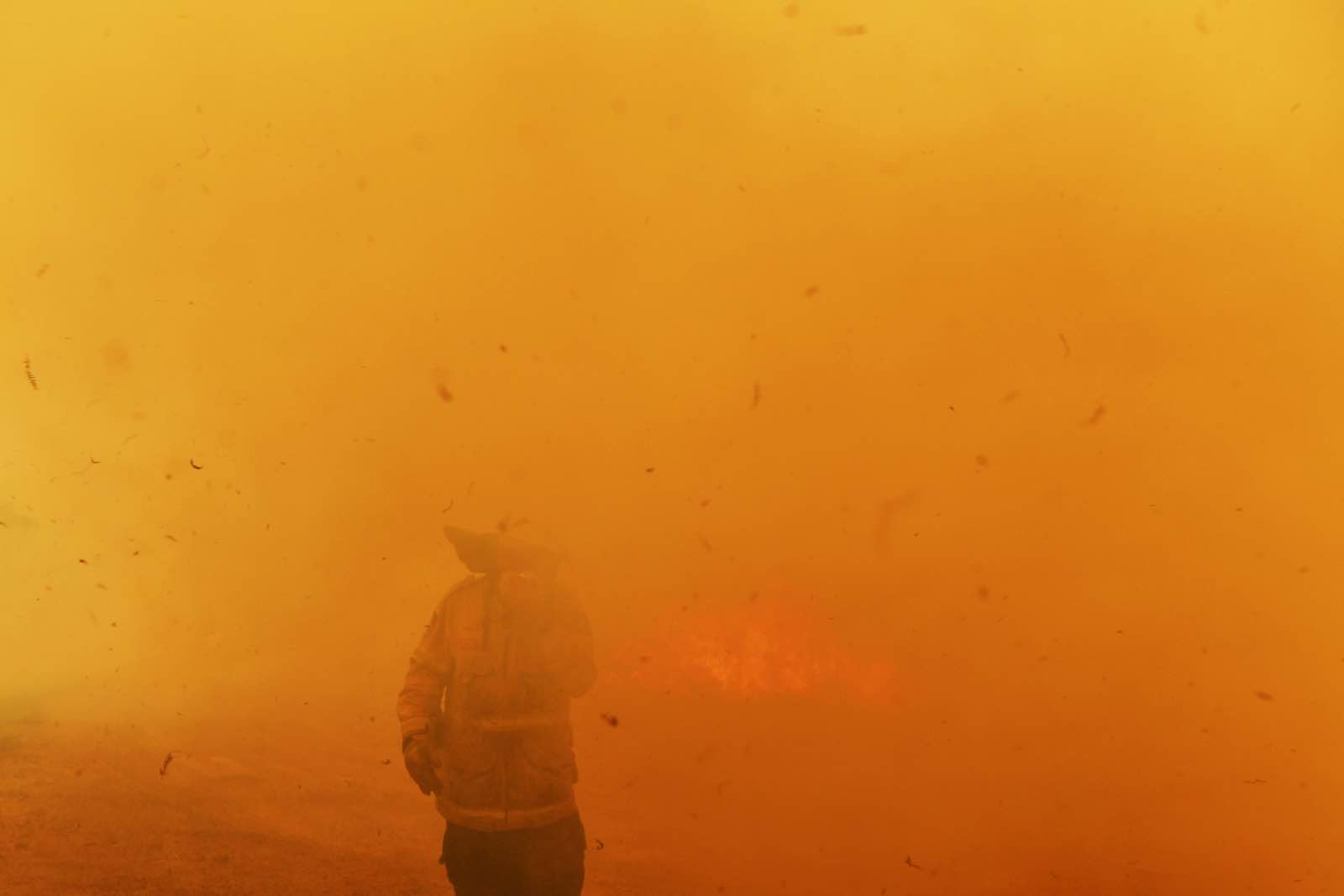 I grew up in Kerala, southern India, where the monsoons are born. Reared on an island in the middle of Ashtamudi Lake, I was surrounded by water. A family of fishermen and women, we worshiped the sea. Australia and her sunburnt plains were the furthest point on the planet for someone like me.

And yet, here I now sit by my window overlooking a burnt out, alien landscape in the rural, remote hamlet of Mooral Creek, on the mid-north coast of New South Wales, Australia. One of the most spectacularly beautiful places I have seen, this is where my wife and I decided to retire to. On Friday of last week, we were seriously questioning that decision.

The first call came in at six o’clock in the morning. There is a huge bush fire building up in your area, it said, and it may be advisable to leave your home. No one imagines their home would be affected and like everyone else, I too thought it would not happen to me. Bushfires are a common occurrence in this part of the world but we have resources on hand to control it, or so we thought. The problem was this was no ordinary bush fire.

Australia has an amazing volunteer culture. The Rural Fire Service is one of those institutions that exists because of volunteers. These are ordinary men and women who take time out of their lives to put out fires and rescue the lives of strangers.

The sound of exploding trees will stay with me forever. The sound of a bush fire rumbling ominously is something I will never forget. It is a visceral, primeval sound. It is the sound of fury. It is a confusing and unnerving sound.

The Rural Fire Service also has a highly sophisticated network of experts who can predict with great certainty where the fires will spread. It has various apps, radio bulletins, phone support, and an army of logistic teams to get resources to where they are needed. It has been predicting this fire for some time. Except this fire was bigger than even their predictions.

By the time we decided to leave, the fire front had moved to within 12 kilometres of our property. That was according to the Rural Fire Service app on my phone. In reality the fire was only three kilometres away. We made it safely to the Marlee Fire Hall, a safe staging point in a nearby hamlet. It was three in the afternoon.

There were 40 of us there, people like me, locals, retirees, farmers, campers who got caught up, tourists, and firefighters. Children played in the grass, people smoked, played cards, read, and listened to the radio giving out what sounded like more and more serious warnings. But all that didn’t matter because right in front of us we could see the fire consume the mountains that run around our beautiful valley.

The fire moved so quickly across the Tapin Tops National Park, jumped containment lines, and chewed through several thousand hectares of forest. It raged through the night, moving into our valley and beyond while we sat in our car watching a natural horror show unfold. In the dawn, the smoke had not cleared, but we drove back up the meandering roads, chain-sawing our way past burnt out trees to find our home miraculously untouched. A sigh of relief before we were told the fire was on its way back.

The question then was do we stay or do we run. We decided to stay.

After a day of nervous waiting and frenetic clearing of debris around the house, by night there on the northern ridge about 100 metres from our backyard a series of fires began making its descent into our comfort zone. It was a still night by the time the fire began running down slow and steady, chewing its way through the undergrowth and taking out trees 30 metres high. The sound of exploding trees will stay with me forever. The sound of a bush fire rumbling ominously is something I will never forget. It is a visceral, primeval sound. It is the sound of fury. It is a confusing and unnerving sound.

At three in the morning, it had burned right down to the clearing on which our house is built, down to 20 metres from our back door. It then snaked around to the south of the property and began to slow down. At this point the Rural Fire Service arrived and put it out. A few hours later, as the wind changed direction, the fire reignited and began to move back towards the house. It ran up hill at a frightening pace, taking with it trees that gave out black, imposing columns of smoke. We caught it just before it began to chew through the front gate posts.

Another break in the action until I noticed smoke from the north-east corner of the property, where out of nowhere it seemed four trees were in flames. Again, an RFS fire crew came to the rescue. We had put out four fires in the space of seven hours with the help of neighbours and the RFS. It was a harrowing, tiring, anxious, scary time. Running on adrenalin, we managed to escape the worst with a combination of luck, good management, good support, and hard graft. It’s not an experience I would care to repeat. And yet it may be something most of us will repeat.

The fires across New South Wales have so far burnt  in excess of one million hectares. Take a moment to let that sink in. Several of my neighbours and friends have lost everything. Nearby communities have been decimated. Water is running out, and the population here is fatigued.

In one of Australia’s best known and beloved poems, “My Country”, Dorothea Mackellar writes about the beauty and terror of Australia. It goes:

Core of my heart, my country!
Land of the Rainbow Gold,
For flood and fire and famine,
She pays us back three-fold.
Over the thirsty paddocks,
Watch after many days,
The filmy veil of greenness,
That thickens as we gaze...

That was written in 1908. Today, that sentiment seems a tad optimistic because the sun-burnt country I’ve chosen to call home is burning like never before. There are no green shoots appearing around me and the land I gaze upon from my window that was once lush and green is now black, smoky and eerie.