Any shift to renewables worldwide will require considerable government intervention.

Those actively pushing for a future where renewables take over electricity generation often point to island grids such as El Hierro in the Spanish Canary Islands, Kodiak Island in Alaska, and King Island in Australia’s Bass Strait. On those islands and others, renewables have proved a satisfactory (if still expensive) solution to the problem of importing diesel for generators – but only if someone other than the islanders pay the astronomical investment required to install them.

Take El Hierro, the most westerly island in the Canary chain off the coast of Africa and so well out into the Atlantic trade winds. Rather than import 40,000 barrels of diesel a year to fuel generators to supply the island’s 11,000 inhabitants plus desalination plants with power, the island uses wind turbines backed by a pumped hydro facility. This involves two freshwater reservoirs, one more than 700 metres up the side of the volcanic cone that makes up much of scenic El Hierro and another nearer sea level. Excess electricity from the wind generators is used to pump water up into the higher dam. When there is no wind or too much of it (wind generators usually do not operate during storms), the water is released from the upper reservoir through hydro generators.

This system can reach 100% renewable generation on some days, and in July generated an average of 65.9% of the grid’s power, unheard of for an isolated pumped-hydro storage grid (Denmark does not count). However, that still only adds up to a year-round average of 38.7%, with diesel supplying the rest. The data gathered since the system started in 2014 shows that the problem is the calmer months of September through to February. Despite costing €80 million to install, analysts also suspect that the pumped hydro system is still too small for the island to reach the 100% renewables target.

What about King Island in Australia’s Bass Strait, which uses a mixture of wind, solar and diesel? The island is too flat for pumped hydro but the King Island Renewable Energy Integration Project includes a gigantic lead-acid battery that can store wind energy and is capable of supplying the entire island for 45 minutes. The project aims for an average of more than 65% of the electricity required by the island’s just under 2000 residents coming from renewable sources; a live data feed shows that this may be possible.

The issue is the up-front capital cost of $18.25 million for the innovative project. A 2013 estimate by King Island council was that boosting the renewables penetration to 60% would save about 700,000 litres of diesel a year. Calculating off current low wholesale prices and without counting the cost of getting the diesel to the island, that represents perhaps about $1 million a year. The system is estimated to eventually save $4.5 million a year in energy costs, which works out to a commercially feasible payback time of four and a half years.

There are plenty of other renewable success stories for island grids, but hydro plays a major role and the cost can still be considerable. Kodiak Island off the southern coast of Alaska, America’s second-largest island, now sources 100% of its electricity from renewables but it was aleady at 80% before the renewable energy era thanks to plentiful hydro power from the island’s Terror Lake facility. However, ten years ago the island’s local government was still paying out $US7 million for diesel to supply the remaining 20% of power to a grid servicing 15,000 residents. Fortunately, the hydro facility could be expanded by the addition of another turbine. The council also built a wind farm and added a battery capable of storing about 30 seconds of power from the wind farm - enough to keep the network supplied when the wind dies and the hydro power is being ramped up. About 14% of the island’s power is now from wind with the rest from hydro. The upgrades required for clean network cost the council about $55 million, including a $14 million grant and nearly $40 million in special clean energy bonds with nearly zero interest. Despite all that assistance the payback period has still been calculated at about nine years.

One island community able to put sunshine rather than hydro to work in going 100% renewable is that of Tokelau, a New Zealand protectorate consisting of three atolls in the South Pacific and home to 1500 people. Rather than pay out $US800,000 a year for diesel but still only get electricity 12 to 18 hours a day, the Tokelauans got a $7 million grant from the New Zealand government to buy photovoltaic panels plus more than 1300 batteries. They also installed coconut oil plants to power diesel generators (as well as the island’s many outboard engines).The investment is expected to pay for itself within nine years.

In the cases investigated, the island communities had little choice but to invest substantial funds to reduce their reliance on expensive diesel fuel but even then, the payback periods are too long to attract private investment. Any shift to renewables worldwide will require considerable government intervention. 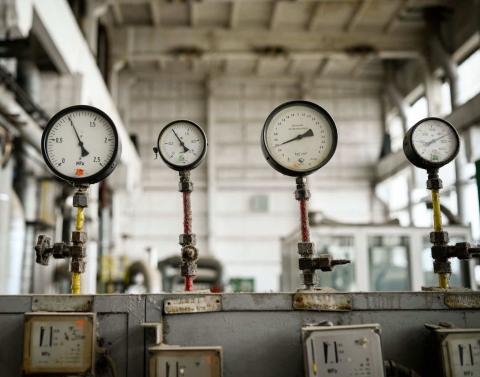 Whoever ends up becoming chancellor next, expect the country’s foreign policy to stay on pretty much the same track.
Denghua Zhang 5 Feb 2021 12:00