China aims to cut Taiwan off from Japan, as well as backing from the Vatican, to ensure the island is out in the cold. 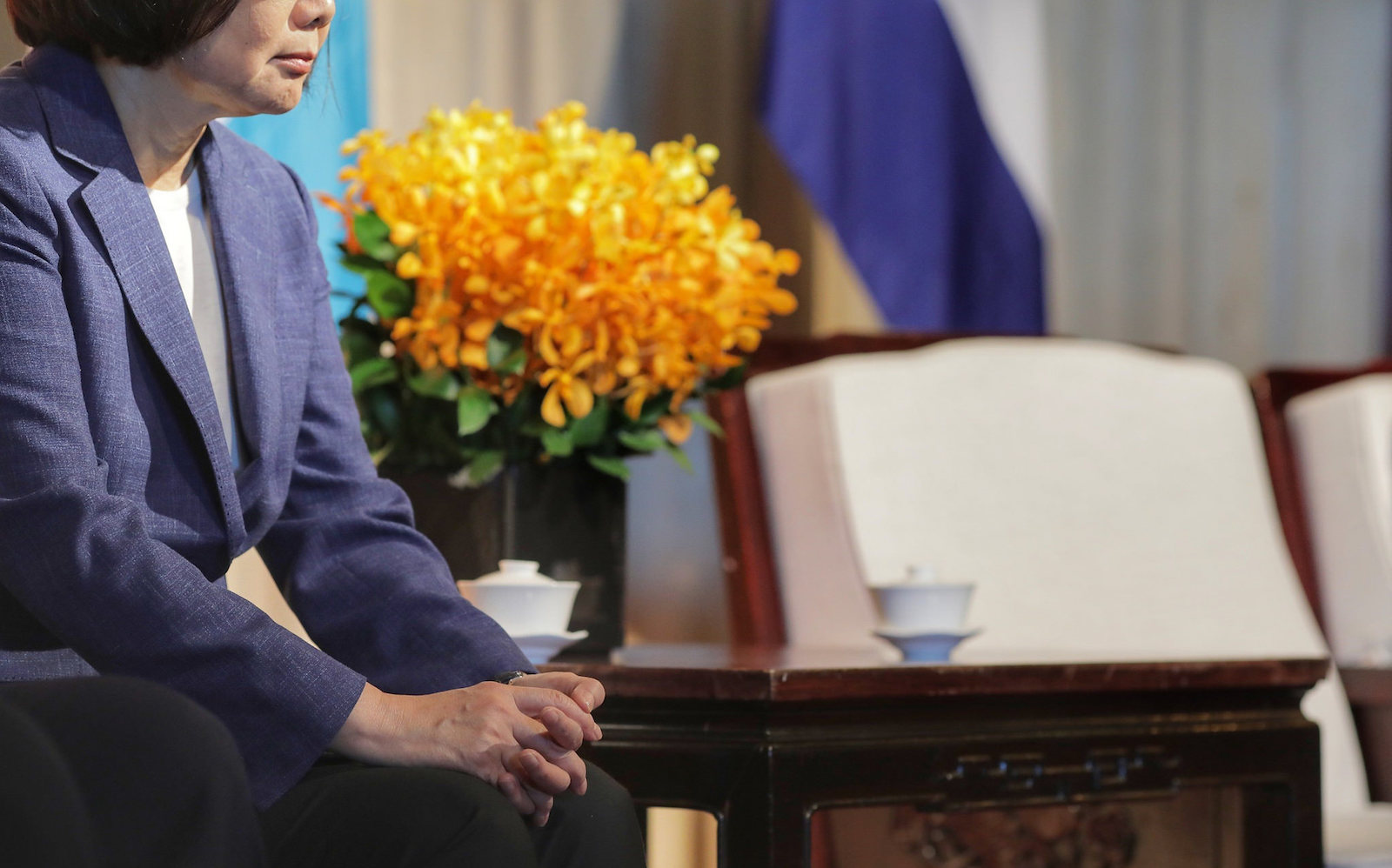 It’s back to normal: That is the message Japanese Prime Minister Shinzo Abe got from China’s President Xi Jinping when they met last week, after nearly five years of tetchy diplomatic relations between the world’s second and third biggest economies.

As Xi and Abe shook hands and smiled in front of cameras in Vladivostok, where East Asian leaders were gathering for an economic forum hosted by Russia’s Vladimir Putin, few noticed the pointed caveats uttered by the Chinese leader behind his friendly gesture.

Japan, said Xi, “in particular needs to properly address sensitive issues such as issues relating to history and Taiwan, actively create a good atmosphere and continue to expand common interests,” according to Chinese state media Xinhua.

Already Taiwan has lost five diplomatic allies since Tsai came to power and now the questions turn to the Holy See.

Beijing’s repeated attempts to cut Taiwan’s pro-independence Tsai Ing-wen government off from the cosy relationship with Japan – which was once its colonial master – came just two days before another setback for Taiwan: Beijing is reportedly nearing completion of a deal with the Vatican, according to a report in the Wall Street Journal. The Curia, unlike Tokyo’s unofficial backing, has been a formal diplomatic ally with Taipei, providing what is arguably the strongest moral support for the democratic but diplomatically alienated island.

The dual developments culminated in what has been two years of cutthroat Chinese diplomacy against Taiwan: luring young Taiwanese people to move out and work in the mainland, demanding international airlines to refer to Taipei as a city in China instead of Taiwan, flying military bombers around the island, and ripping Taiwan of one diplomatic ally after another (the number has reduced from 22 in 2016 when Tsai became president to 17).

There are two reasons for Xi’s increasingly aggressive stance towards Taiwan. First, Tsai has defied the previous eight-year Beijing-friendly policy under her predecessor, Ma Ying-jeou, of the Kuomintang party, and has consistently refused to acknowledge the “1992 consensus” that there is only “one China”. Second, Xi is shoring up legitimacy at home, and nothing will be more glorious for him if he could one day reclaim Taiwan as China’s own, in substance.

Debunking existing international support for Taiwan is his first step.

Japan’s sympathy towards Taiwan is as strategic as historic. In a manner not unlike Hong Kong people’s fondness of one-time colonial master Britain, many Taiwanese attributed their social modernity to the work done by the Japanese colonisers during the 50-year rule that ended when Tokyo was defeated in the Second World War. Lee Teng-hui, Taiwan’s first democratically elected leader, boasted his fluency in the Japanese language.

Similarly, Tsai has not shied away from what she perceives as a realistic necessity to embrace Japan. She met Abe’s brother, Nobuo Kishi, who is also a member of the Japanese parliament, when she was still president-elect. After she took the helm, she sent one of the most senior politicians in her Democratic Progressive Party, Hsieh Chang-ting, as Taiwan’s de-facto ambassador to Tokyo.

Abe, one of few foreign leaders with whom Tsai successfully built a personal relationship, demonstrated in full force his status of Japan’s arguably most pro-Taiwan prime ministers in decades when Taiwan was hit by a magnitude 6.4 quake that killed 17 earlier this year. In a gesture deemed provocative to Beijing, Abe sent a message of condolence and support – addressed personally to President Tsai Ing-wen. “Hard times reveal true friendship,” Abe wrote in traditional Chinese – the version used in Taiwan but not mainland China – as he expressed gratitude to “the many old friends” in Taiwan for their support.

Now speculation is rife as to the possibility for Abe to retreat from his openly pro-Taiwan approach, after the Chinese leader agreed last week to normalising Chinese-Japanese ties, making use of the timing of the 40th anniversary of a peace and friendship treaty reached by the two countries in the post-war period.

But a bigger setback for Taiwan may yet come.

Already Taiwan has lost five diplomatic allies since Tsai came to power – Burkina Faso, the Dominican Republic, Sao Tome and Principe, Panama and El Salvador – and now the questions turn to the Holy See. While the Wall Street Journal article did not specify whether any deal with China would mean a formal diplomatic relations between the Vatican and Beijing – and, by extension, the termination of Vatican-Taiwan relations – there is enough concern among Taiwanese politicians that Taiwan could lose its most influential diplomatic ally in the face of Pope Francis’ willingness to clinch a deal with the communist regime.

The US government, a key player in cross-straits relations, looked set to intervene, when the State Department in September called back their envoys in the Dominican Republic, El Salvador, and Panama after the three Latin American nations had decided to sever ties with Taiwan and switch recognition to China. As the Trump administration deepens the trade war with Beijing, plenty of eyes are on the future development on the delicate US-Taiwan relations, and how far Washington might go curb Beijing’s moves against the island.

One thing though is certain: that Tsai and her government will have a long winter ahead with potentially more headaches, as Taiwanese voters prepare to take part in the local elections in two months time.