Technocratic, non-ideological leaders like Theresa May and Hillary Clinton are tempted to think you can take the politics out of politics by striving for consensus. 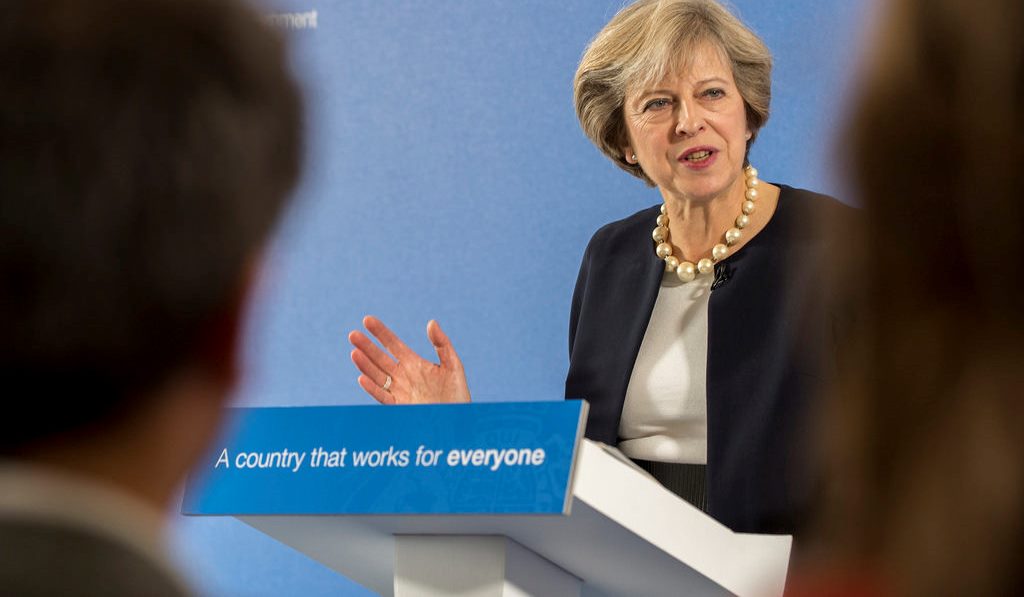 How did Britons come to collectively vote for chaos?

The first thing to appreciate is that voters did not object in principle to the calling of a premature election, despite Theresa May's categorical assurances not to do so. Indeed in the first weeks of the campaign she had a 20%-plus lead in the polls. What sank her was a spectacularly inept campaign, driven by hubris and natural personal reticence. This was compounded by an opponent who, for all his dangerous and unbelievable utopianism, remained calm, unapologetic and on-message.

Despite the determination of the political class to treat the result as a Brexit reversal, it is much more likely that Brexit was a non-issue. The punters had already answered a simple yes/no, in or out question. As voters had no idea what the terms of departure would be they simply focused closer to home and on their hip pocket nerve. Yet the Tories devoted a disproportionate amount of energy to Brexit, an issue on which they had no effective answers, simply asking for a blank-cheque mandate to negotiate. By contrast Corbyn talked about real issues, even if his proposals lacked normal political sanity.

Despite never having held ministerial office, Bernie Sanders lookalike Jeremy Corbyn was relaxed and comfortable, playing his lifelong role of anti-establishment protest activist. May looked profoundly uncomfortable on the hustings, made no attempt at policy persuasion and did little more than mouth mantras. It was all in stark contrast with Labour's slick, superficial, misleading and effective one-liners: 'prosperity not austerity', 'hope not fear', 'for the many not the few'. 'Save the NHS, not destroy it' carried shades of Bill Shorten's 'Mediscare'.

The real problem here is one of hubris. May and co assumed Corbyn was unelectable and therefore they did not attempt to contradict, let alone demolish, him. May thought she would be able to claim an historic personal victory by running a presidential campaign, essentially above the fray. But ultimately 'big beasts' like Boris Johnson, Michael Fallon and David Davis were left manning the lifeboats while their leader slipped silently below the waves.

The tipping point for her was the catastrophic Manifesto promise of abolishing the non-means-tested winter fuel allowance and introducing an aged care or 'dementia' tax, which she dumped four days later and refused to apologise for. She then offered an unspecified cap instead, compounding the confusion and outraging middle class voters, her core constituency. It may have had a worthy cost-saving objective but the Tories needed to argue the case. Instead of offering hope or defending fiscal responsibility against 'Christmas every day' under Corbyn, they went for the doona.

The other extraordinary demographic left unchallenged by the Tories was the youth vote. Corbyn inundated them with siren calls to end austerity and blatantly unaffordable electoral bribes: free university fees, student debt forgiven, billions for schools and the NHS. With little thought as to how the country could afford all this largesse, large numbers of under-25s signed up to Corbyn's message.

Telling under-25s that Corbyn supported the IRA when most weren't around in its murderous heyday doesn't ring a loud warning bell. You need to make the case and educate a new generation. Social media is an increasingly powerful weapon for young voters who don't read papers much and who follow issues, not parties. Corbyn benefited greatly from the antics of Momentum, a left-wing activist group of young volunteers which used peer-to-peer texts and irreverent memes, a far cry from simply bombarding young voters with Corbyn hate videos.

The young may be idealistic and want to right perceived injustices but they are not rusted on to political parties as many of their parents were. In what they see as a post-ideological world they are educated enough to want to hear the case, or at least a clear policy proposal or succinct argument. They have their existential concerns but they want the good life. They are also likely to be emotionally swayed by populist social media. Living beyond your means doesn't mean much to them. They are more attached to individual causes.

There are undoubtedly lessons for Australia. Groucho Marx once said 'Sincerity is the key to success. Once you can  fake that you've got it made.' Rudd tried but failed. Voters hate dissembling and reward 'authentic' candidates. John Howard was no blue blood, coming from a small-business, lower middle class background, describing himself as 'just an average bloke'. Voters didn't always agree with him but they trusted him. By comparison, Theresa May came across as cold, risk averse, wooden and very establishment.

But most important is the use of language. Trump and Clinton spent the entire campaign throwing personal barbs at one another. 'Crooked Hillary' was a devastating put-down. Technocratic, non-ideological leaders like Theresa May and Hillary Clinton are tempted to think you can take the politics out of politics by striving for consensus, and that gentle persuasion will do the trick. They lack voter empathy. Politics is the art of persuasion, where rhetorical skills are paramount. Good policies don't speak for themselves, they have to be vigorously and passionately fought for.