A Thuringian eruption in Germany

A fiasco turns to farce, enlivening the far right and leaving succession plans for Angela Merkel in shreds. 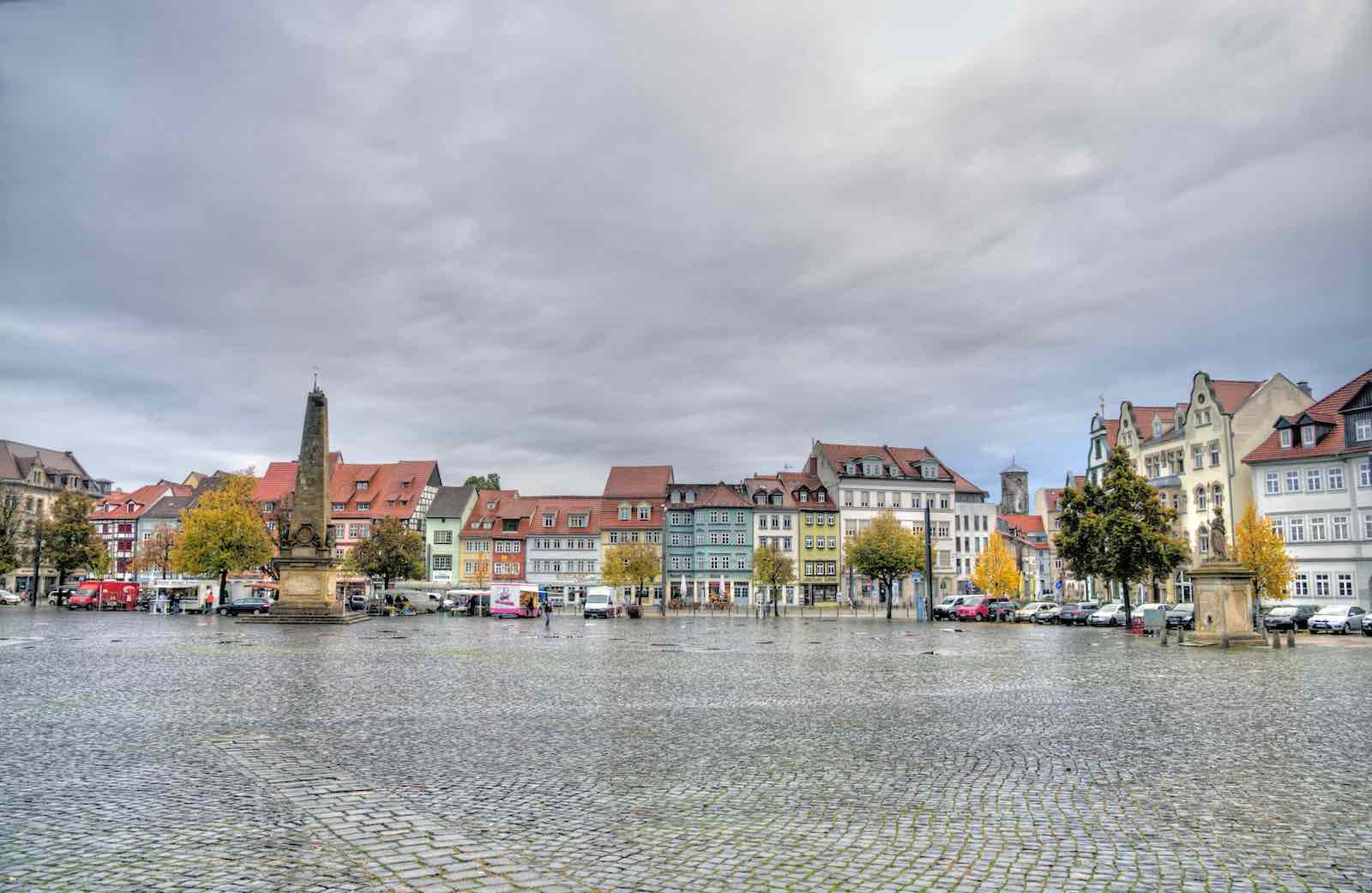 Few know it, but Erfurt is one of Germany’s most beautiful cities. Packed with meandering narrow streets lined by half-timbered houses and overlooked by a soaring gothic cathedral, the Thuringian capital is a visual pearl tucked away in the country’s geographic core.

But if Erfurt is a treasure, it is a hidden one: only rarely does it find itself at the centre of the German imagination. That all changed on 5 February, when Thomas Kemmerich, the hitherto-unknown state leader of the Free Democratic Party (FDP), was elected as Thuringia’s premier with support from the far-right Alternative für Deutschland party (AfD).

Demonstrations flared up immediately. Kemmerich’s election, protesters claimed, was the breach in the dam: the capitulation of Germany’s political centre and the normalization of the country’s neofascist extremes. Many were quick to point out that it was precisely in Thuringia that National Socialists had first joined a state government, in 1930. Within hours, the mere word “Thuringia” had become a metonym for all kinds of political sin. National party leaders in Berlin sped to Erfurt to deal with the unfolding crisis. Chancellor Angela Merkel, whose own Christian Democratic Union (CDU) had also thrown its weight behind Kemmerich, intervened from a visit to South Africa to “undo” what her regional party had done.

The events that comprised the immediate political crisis in Thuringia are complex, but the consequences are clear and dramatic. The fiasco has shot to pieces the credibility of the FDP, given further nourishment to the AfD, strengthened the left, and – most critically – ripped the CDU apart.

Despite its recent decline in electoral popularity, the CDU remains the country’s largest party, meaning that its leader will likely get first shot at forming a government next September.

Like all turning points, the Thuringian crisis was not simply a random event. It was an eruption of energies that had been swelling in the subterraneous hollows of German politics for several years. How far should the old parties bring the far right into the political fold? Is the new far right in any way morally equivalent to the far left, or does it represent a different species of extremism? What is the role of the “people’s parties” in an era of political fragmentation? Is the peculiar post-1945 model of European democracy capable of containing a politics that wishes to destroy it? And how does a major party like the CDU deal with the fact that its members’ answers to these questions are likely to be very different based on whether they live in the West or East of the country?

That such a confluence of issues should ultimately consume a weak leader like Kramp-Karrenbauer might be unsurprising. The problem her party now faces, however, is whether these issues are surmountable at all.

The CDU will elect its new leader on 25 April. To avoid further schisms, the party has tacitly (though not conclusively) agreed that the victor will also run as Merkel’s successor in the federal election scheduled for September 2021. But its dilemma appears intractable: it is bleeding voters on the right to the AfD, but even more to the Greens on the left. Recapturing one demographic risks losing the other forever. And yet, the party can hardly afford to stand still.

What is more, at stake is not just how “centrist” or “right-wing” – or “pragmatic” or “principled” – the CDU wishes itself to be, but a whole spectrum of policy issues that have stagnated under Merkel’s indecisive leadership and the sclerotic and unloved “Grand Coalition” now in power in Berlin.

The first is the self-assured, swashbuckling, and divisive Friedrich Merz, who re-emerged from years outside politics to almost snatch the CDU leadership from Kramp-Karrenbauer back in 2018. With his promise of “departure and renewal”, his broadly neoliberal outlook, his outsider status, and his public condemnations of Merkel’s policies on energy and refugees, Merz is the fantasy candidate of the right. Not only is he the favourite among his party’s supporters, but also, by some distance, among those of the AfD and the pro-business FDP. Merz stands for a decisive rejection of Merkel’s pragmatic centrism.

Merz’ principal adversary is Armin Laschet, the competent but uninspiring Premier of North Rhine-Westphalia, Germany’s most populous and wealthiest federal state. Laschet promises continuity and pragmatism – a kind of “no-risk” politics that appeals to the pride many CDU members have in their party as a champion of order.

The outsider candidate is Norbert Röttgen, chair of the Bundestag’s Foreign Affairs Committee and a former Environment Minister. Röttgen is a wise and respected head in matters of foreign policy, but many in the CDU still remember him chiefly for leading the party to a historic defeat in North Rhine-Westphalia in 2012. His chances of winning are slim, though his main objective is to use the public spotlight to reframe his party’s European policy agenda into something much more ambitious. A Röttgen-led Germany, in short, would mean a very different Europe.

Cynics have diagnosed this competition between three conservative men from the same West German state as nothing more than a shallow personality contest. They are wrong. Despite its recent decline in electoral popularity, the CDU remains the country’s largest party, meaning that its leader will likely get first shot at forming a government next September. The winner of the CDU leadership contest, then, will become the likeliest person to lead Europe’s predominant power in a world seemingly becoming more unpredictable by the month. The stakes could hardly be higher.

The Christian Democrats have ruled the German Federal Republic for 50 of its 70-odd years. The party prides itself as a beacon of stability and a guarantor of order. It sees itself as embodying the very prudence and risk-aversion that has made post-war German democracy such a success, while so often frustrating the lofty ambitions of some of Germany’s European partners. If the CDU now finds itself without a raison d’être, this can hardly be a positive reflection of Germany’s own conception of itself. Watch this space.

Show 1 Comments
Previous Article
Aid links: What happens when Covid-19 hits the poorest nations, more
Next Article
The Democrats and America’s place in the world: “A rescue mission”