A seldom-used legal concept demonstrates the reach of justice even in the most hopeless circumstances. 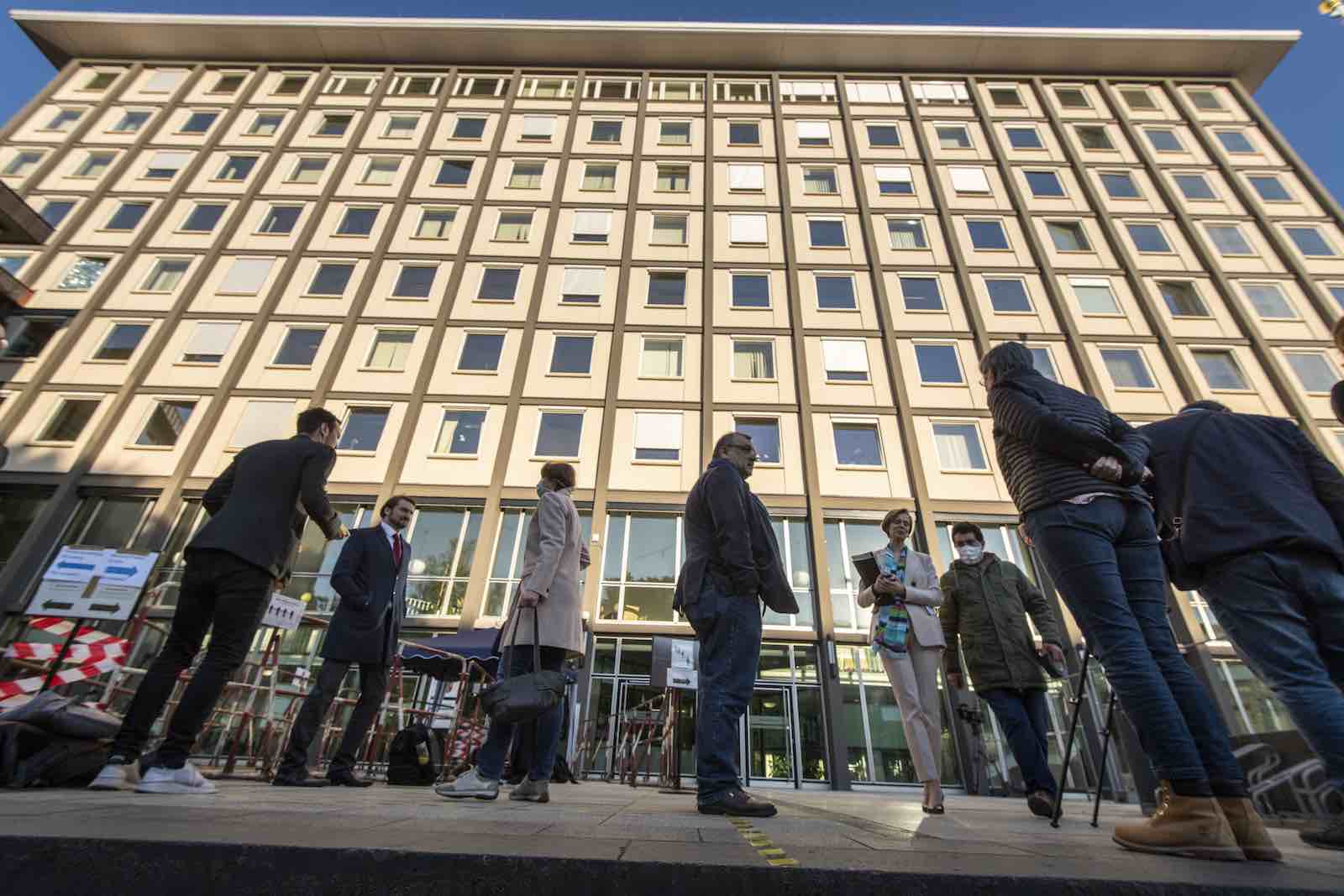 With so much else going awry in the world, it’s perhaps easy to forget that the Syrian civil war is rolling on into its tenth year. Scholars and policymakers have long been despondent about the prospects for an end to the conflict and the bloodshed it has caused. Bombs continue to fall on schools and hospitals in Iblib and other rebel strongholds. Syrian and Russian forces who carry out these attacks know the chances of any global reprisal are virtually non-existent.

However, a criminal trial currently taking place in Koblenz, Germany may have shifted the scales. Two Syrian nationals, Anwar Raslan and Eyad al-Gharib, sit nervously in the dock. They face charges of crimes against humanity in relation to criminal acts allegedly committed in Syria, including systematic torture and murder. Could the Koblenz prosecutions represent a revival of universal jurisdiction laws? Have Syria’s butchers finally been stripped of their cloak of impunity?

Under the principle of universal jurisdiction, the locale of an offence places no impediment on prosecution for certain categories of crimes. Any state has the ability to prosecute such crimes, even if allegedly committed within the territory of another state. The principle was first invoked to prosecute piracy on the high seas. As pirates presented a nuisance to all nation states, there was no sense of discomfort about the capacity for any state to arrest and prosecute those accused of piracy. The doctrine has since been expanded to apply to other criminal conduct, including the most serious offences under international criminal law. As a result, individuals who are alleged to have committed genocide, war crimes and crimes against humanity face the theoretical possibility of indictment in any one of the UN’s 193 member states.

The fundamental challenge facing universal jurisdiction prosecutions is their inherently political nature. It takes a brave leader to initiate the prosecution of a foreign national for offences which have little or no connection to the prosecuting state.

While they appealed to international lawyers and human rights activists, universal jurisdiction laws attracted controversy in the 20th century. The cases of Holocaust architect Adolf Eichmann and Chilean dictator Augusto Pinochet were not especially contentious – few people were sympathetic to the plights of two men responsible for heinous crimes that can barely be imagined. However, the Pinochet arrest in the UK in 1998 led to an expansion of universal jurisdiction laws, particularly in Belgium, France and Germany. When private petitions were filed in Belgium against US President George H. W. Bush and Israeli Prime Minister Ariel Sharon, among others, all with the accused in abstentia, there were vocal objections from some quarters – particularly the US and Israeli governments – as to the politicisation of universal jurisdiction laws.

Belgium eventually caved to pressure from the US and agreed to amend the scope and operation of their laws. Nonetheless, universal jurisdiction laws survive in one form or another across Europe, North America and in Australia.

The fundamental challenge facing universal jurisdiction prosecutions is their inherently political nature. It takes a brave leader to initiate the prosecution of a foreign national for offences which have little or no connection to the prosecuting state. For obvious reasons, such prosecutions have the potential to damage diplomatic relations between states, sometimes irreparably. This prospect is especially stark in cases where the foreign national marked for prosecution hails from an influential state – or one with powerful friends. It is therefore not surprising that more recent prosecutions have targeted nationals from states such as Chad, Rwanda and Nepal.

Syria, however, is a nation with powerful friends. Its close alliance with Russia has been a central reason behind global inaction – particularly within the UN Security Council – in the face of a dire humanitarian crisis. For this reason alone, Germany’s decision to prosecute Raslan and al-Gharib is momentous: it signifies an intent to hold Syrian perpetrators of atrocities to account, even where diplomatic fallout might result.

The German prosecution is also significant because Syria is not a party to the Rome Statute. As such, its citizens are not subject to prosecution by the International Criminal Court (ICC), unless there is a referral by the UN Security Council. The threat of a Russian veto in the Security Council means the prospects of such a referral are realistically nil. Accordingly, without universal jurisdiction, there is no viable mechanism to prosecute Syrian citizens who have committed serious crimes.

While the Koblenz prosecutions are indeed pioneering, it is unlikely that they will lead to a broader resurgence of universal jurisdiction laws. Any such movement would face steadfast opposition from the US, whose government continues to undermine any form of international criminal law tribunal that might scrutinise its citizens’ conduct.

Further, the growing presence of the ICC militates against the need for robust universal jurisdiction laws. As long as the ICC is able to investigate and prosecute international crimes, no individual state needs to shoulder that burden. Nevertheless, the cases of Raslan and al-Gharib demonstrate how universal jurisdiction laws can still play a vital complementary role in cases where the ICC has no jurisdiction or a UNSC referral is unlikely.

The bombs will continue to fall in Syria, and many war criminals will evade prosecution. But the incremental evolution of international criminal law, as evidenced by the Koblenz prosecutions, means there is reason to be hopeful for global justice – however selective, ad hoc and imperfect.

Show Comments
Previous Article
Hong Kong: What China stands to lose
Next Article
North Korea may have benefited from the pandemic after all