No end in sight for Germany’s troubles with Huawei

As other European capitals look for a cue, German politicians are sharply divided over the Chinese tech company. 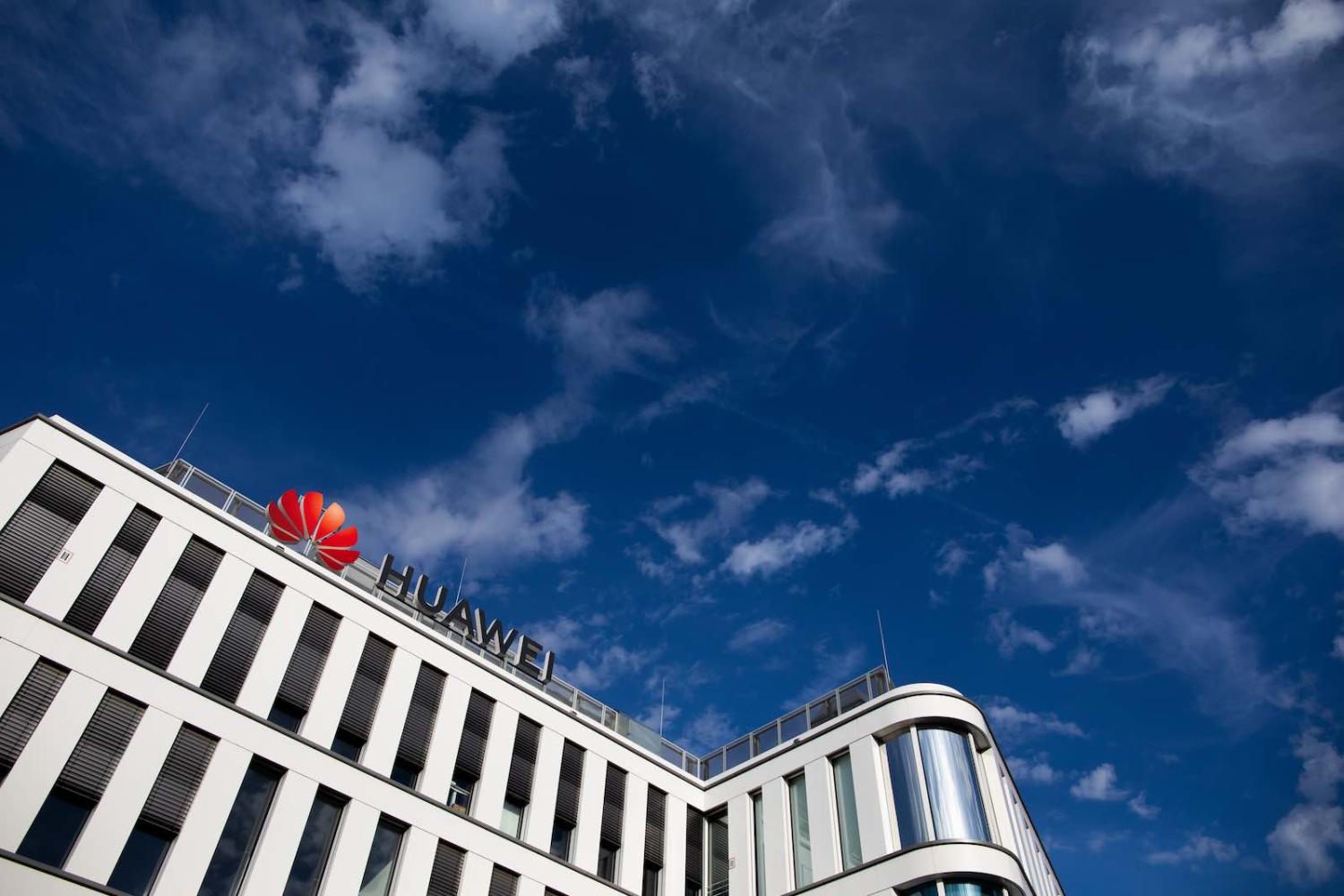 It was supposed to be a routine technical procedure: upgrading telecommunications networks from the old fourth-generation (4G) standard to the newest fifth-generation (5G) technology. But this process quickly became the subject of heated debate in many Western capitals, essentially around one question: Huawei or not Huawei? From early 2018, the Chinese technology giant emerged as a focal point in the US–China trade war. Key US allies, including Australia, New Zealand, and Japan, announced that they would ban Huawei from their 5G networks, although many others are still on the fence. The largest state among the undecided is Germany, and Berlin’s 5G choices, which will likely set an example for European states, have been watched closely.

In mid-October 2019, following a lengthy and contentious decision-making process, the German government announced that Huawei would not be banned from Germany’s 5G network. Rather than resolving the matter, the announcement triggered an even louder debate about how to deal with Huawei. The divisions run right through Chancellor Angela Merkel’s governing coalition.

China’s ambassador to Germany warned that “if Germany were to take a decision that leads to Huawei’s exclusion from the German market, there will be consequences. The Chinese government will not stand idly by.”

Chief among those arguing against an exclusion is Merkel herself. The Chancellor has persistently echoed the position of the major telecomms companies in Germany, which have warned that Huawei’s exclusion could add years of delays and billions of Euros in costs to launching 5G networks. More importantly, Merkel has left little doubt that her primary fear is that Beijing could respond with retaliatory trade sanctions.

This concern has been shared by Minister of Economics Peter Altmaier, Merkel’s former Chief of Staff and one of her most loyal allies. Altmaier has frequently warned of the growing dominance of large, state-backed Chinese corporations. Earlier this year, he launched an initiative to create European industrial conglomerates to counter them. In the case of Huawei, however, Altmaier’s Interior Ministry has been one of the firmest advocates of including it in 5G development.

Outside the Federal Chancellery and the Ministry of Economics, however, few political actors in Germany have been willing to speak out in favour of Huawei, while those opposing Huawei’s 5G involvement have become more vocal than ever. Their main spokesman within the German government is Foreign Minister Heiko Maas, a leading member of the centre-left Social Democratic Party (SPD), junior partner in the governing coalition with Merkel’s conservative Christian Democrats (CDU). Maas proposed that the German authorities examine if a company is obliged by law in its home country to pass on information and data to its government; according to Maas, “that is the case with Huawei”.

Maas’ argumentation closely follows that of the German intelligence agencies, which have consistently reaffirmed the warnings of their American colleagues against Huawei, citing concerns about cyber-espionage and the introduction of technological “backdoors” or “kill switches” in 5G hardware and software.

In late October, Maas convinced Interior Minister Horst Seehofer, another powerful figure in Merkel’s cabinet, to join the anti-Huawei camp. The Interior Ministry had opposed an exclusion of Huawei from 5G development, but following a personal meeting with Maas, Seehofer performed an about-turn and began to demand that the trustworthiness of 5G providers be evaluated in political terms, a procedure that would likely lead to Huawei’s exclusion. Shortly afterwards, Defence Minister and CDU party leader Annegret Kramp-Karrenbauer  joined the debate, criticising Huawei and emphasising the need to eliminate any risk of sensitive data being transmitted from German telecommunications networks to the Chinese leadership.

As prominent members of Merkel’s own party publicly began to oppose her stance, a group of more than 50 CDU lawmakers launched an all-out revolt against the plans. Led by Norbert Röttgen, the Chair of the German parliament’s Foreign Affairs Committee, and containing some prominent Merkel rivals, the Huawei critics introduced two motions at the CDU’s annual party congress in late November – one of the biggest challenges to Merkel’s authority in recent years.

The motions warned of a “complete technological dependency” on China and stipulated that 5G vendors “subject to the influence of non-democratic states” should be categorically excluded from 5G development. Although congress delegates softened the harsh language of the original motion, they ultimately agreed by a large majority to back a revised resolution ruling out suppliers which might be subject to “the influence of a foreign state” and demanded that parliament be involved in the final decision about Huawei.

Parliamentary involvement could complicate matters enormously for Huawei. Senior representatives of virtually all German political parties have condemned Merkel’s plans and warned against Huawei’s involvement in 5G construction. Norbert Röttgen’s anti-Huawei grouping in the CDU has been publicly backed by prominent SPD lawmakers.

In November, several senior Social Democrats demanded the exclusion of Huawei from 5G network construction, in order to preserve European “digital sovereignty”. In December, CDU and SPD lawmakers joined forces to draft a parliamentary motion calling on the government to exclude all 5G vendors based in countries where they might be subject to state interference. The group plans to introduce the motion into parliament in January.

Senior representatives of the Green Party – which has recently soared to second place in national opinion polls – have echoed the concerns of their CDU and SPD colleagues. Citing the risk of espionage, manipulation, and artificial “blackouts”, they have condemned “Mrs Merkel’s kowtow before Huawei and the Chinese leadership”, claiming that it amounts to “sheer recklessness” to “continue to count on authoritarian states for [the development of] security-relevant digital infrastructures”.

The leaders of the pro-business libertarian party FDP have been even more outspoken against Huawei, calling Merkel’s 5G plans “a grave error”, “naïve”, and “dangerous”. Even the far-right populist party AfD has vocally opposed Huawei.

If the legislature explicitly rejects Huawei in the upcoming parliamentary debates, Merkel’s fears of economic retaliation from China could quickly come true. At a panel discussion on 13 December, China’s ambassador to Germany, Wu Ken, warned that “if Germany were to take a decision that leads to Huawei’s exclusion from the German market, there will be consequences. The Chinese government will not stand idly by.” Referring to the millions of German cars sold in China each year, Wu suggested that Beijing “could one day declare these German cars unsafe as well.”

On 5 January, the commercial counsellor of the Chinese Embassy, Wang Weidong, renewed the warning that China will not “sit idle” if Germany passes laws that bar Huawei from 5G construction, stating that this would “cause a setback to bilateral relations”.

Nonetheless, to many German lawmakers, warnings like these have only served as further demonstrations of the dangers of increasing exposure to an opaque authoritarian regime. The Huawei controversy is likely to preoccupy Germany (and Europe) for some time to come – and it risks undermining an already ailing relationship between two of the world’s major economies.

Previous Article
At the UN, paying dues and having a say
Next Article
Expect more hype, little progress on North Korea this year

A region of great power rivalry and critical to Australia’s physical security ­– that gave help when we needed it, too.
Anthony Burke 25 Oct 2021 11:00

Worrying signs suggest these most consequential of climate change talks are being set up for failure.
Richard McGregor, Dexter Roberts 31 Jul 2020 12:00

COVIDcast: Looking at China from the grassroots, with Dexter Roberts