Donald Trump and Moon Jae-in are eager for a deal, but the current stalemate is likely to continue. 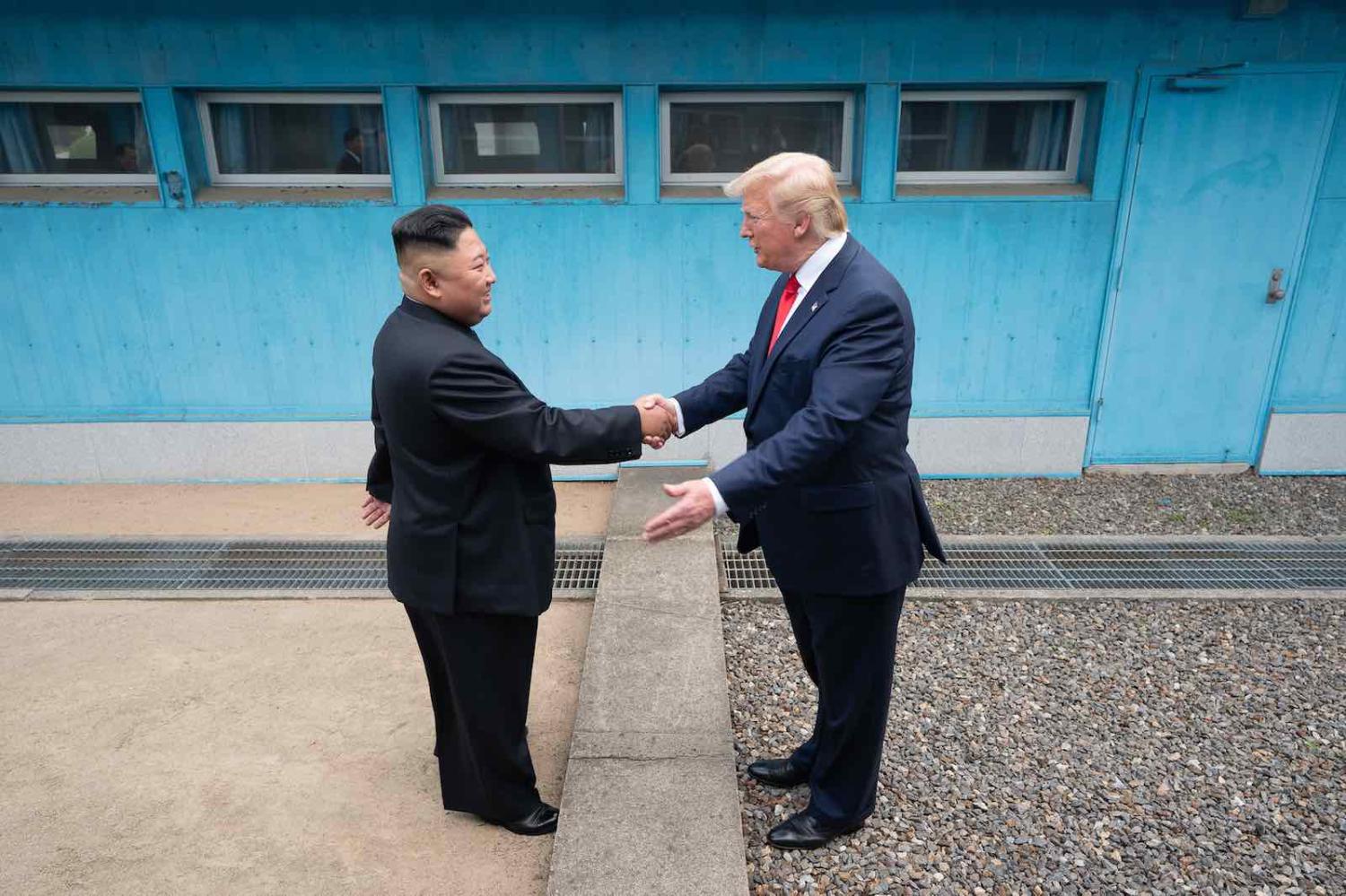 Two years ago, US President Donald Trump agreed to negotiate with North Korean supreme leader Kim Jong-un, opening a wave of speculation, if not exuberance, that some kind of major breakthrough was in the works. Today, little has come of all the hype, and there is much reason to think that the stalemate of the last two years will continue this year.

There are many issues in play – the obvious frustration of the North Koreans with the negotiations, Trump’s re-election anxieties, Pyongyang’s fear of a US strike in the manner of Qassim Soleimani, the widely varying interpretations of the previous meetings between Kim and Trump. But it is not clear how all this might be put into a lasting deal between the two sides. So here is quick rundown of factors this year in favour and against a deal:

With Trump facing re-election this year, it is already quite clear that Trump 2020 will market the president’s meeting with North Korea as some kind of triumph. Unfortunately for Trump, this is not true. North Korea has not given up anything meaningful, and its basic swap offer – the shut-down of Yongbyon in exchange for sanctions relief – is preposterously one-sided.

Trump is so checked out from the issues around North Korea that he almost certainly does not care much for the details themselves of a possible deal. The media attention and acclaim are what interests him, as his bizarre hankering after a Nobel Peace Prize attests.

Trump’s opponent will presumably point this out relentlessly. This may put pressure on Trump to agree to whatever Kim offers (while Trump will nonetheless market a deal to his voters as the greatest agreement in history). This same logic of desperation was a major point of concern before the Trump-Kim summit in Hanoi last year, and Trump felt compelled to tell the press then he would not just accept a bad deal. That constraint will fade if Trump thinks a deal, any deal, will seriously help his re-election.

Trump is so checked out from the issues around North Korea that he almost certainly does not care much for the details themselves of a possible deal. The media attention and acclaim are what interests him, as his bizarre hankering after a Nobel Peace Prize attests. The specifics are beyond him, and he will not learn them. He went into three summits with Kim with no preparation, and he continues to claim that he is friends with Kim who sends him “beautiful” letters. Trump’s insouciance and sloppiness are features of his presidency.

This facile shallowness makes a deal more likely. Trump has neither the acumen nor interest to worry about the details or be derailed by them. And the razzmatazz of a deal will strongly attract him, especially as it will confirm his self-perception as a tough negotiator. That Trump is easily taken in by flattery makes him an even easier mark.

Trump and Moon as presidents simultaneously create a unique window for a deal with the North. Both allies want a breakthrough, and the political will for concessions is there.

This is the element of the last two years which baffles me the most. Process has been celebrated – summits! handshakes! Trump in North Korea! – with little underlying back-and-forth for a serious deal that actually changes things. Two years after Trump turned away from “fire and fury”, the actual on-the-ground strategic situation on the Korean peninsula has not changed.

Neither the US nor North Korea has offered serious concessions so far. North Korea’s offer, as mentioned, is ridiculous. Trump was right to reject it at Hanoi. But Trump’s offer is also pretty unrealistic. The Trump administration continues to insist that Pyongyang “completely, verifiably, and irreversibly disarm” (CVID) in exchange for sanctions relief and vague promises of an aid package and a formal end to the Korean war.

Neither is fair, and while it would certainly be great if Trump the negotiator could masterfully spin the North Koreans into accepting the unilateral disarmament of CVID, it is very unlikely.

No amount of “dynamic” leadership by Trump and Moon to break through “ossified” patterns on the peninsula is enough without some corresponding political closure of the huge gap between the two sides. North Korea is the world’s worst and weirdest Orwellian society. The regime-type distance between it and the US and South Korea is so enormous that trust is invariably low. This in turn makes the one-shot, all-or-nothing deal Trump wants for the Peace Prize nearly impossible. This is why I have repeatedly called for small, cumulating deals that slowly bridge the gap.

Scholars of nuclear weapons often emphasise the high value of North Korea’s nuclear deterrent. Nukes are so unique and valuable that nothing but huge concessions from the US and South will budge the North. Behind the nuclear shield, the North is safe from US regime-change strikes, so it can afford to wait and demand better terms. And while Pyongyang does indeed want sanctions relief, the regime has long since learned how to shift the brunt of those costs onto the population rather than itself. As long as outsiders care more for the North Korean people than their own government, sanctions are only a weak incentive for Pyongyang to break.

In the end, I would guess that this means continuing substantive stalemate this year under a thin veneer of smiling process. Trump will continue to call Kim his “friend” while declining to meet with him again until the North offers more, which it will not. Moon will try, but fail, to dislodge this stalemate.

The only real wildcard is if Trump falls so far behind his Democratic presidential challenger that he desperately reaches for whatever deal he can find. But this too is unlikely, given just how polarised the US electorate is. Trump may lose, but I doubt his polling margin will decline so far that he risks this. Expect further, frustrating, time-honoured stalemate.

Previous Article
No end in sight for Germany’s troubles with Huawei
Next Article
In Timor-Leste, failed budget sparks a political crisis

A US meeting with an ally that didn't lead to fireworks, diplomatic ructions in the middle East, a Belt and Road sceptic and the new space race; it was another busy week on the Interpreter.
Alexandre Dayant 5 Feb 2020 12:00

CRAs holding back Indonesia, why an Australia-China extradition treaty was always a bad idea, Vietnamese trawlers at Scarborough Shoal, and more.