Xi Jinping’s attempted show of strength in Hong Kong only serves to betray his weakness in Beijing. 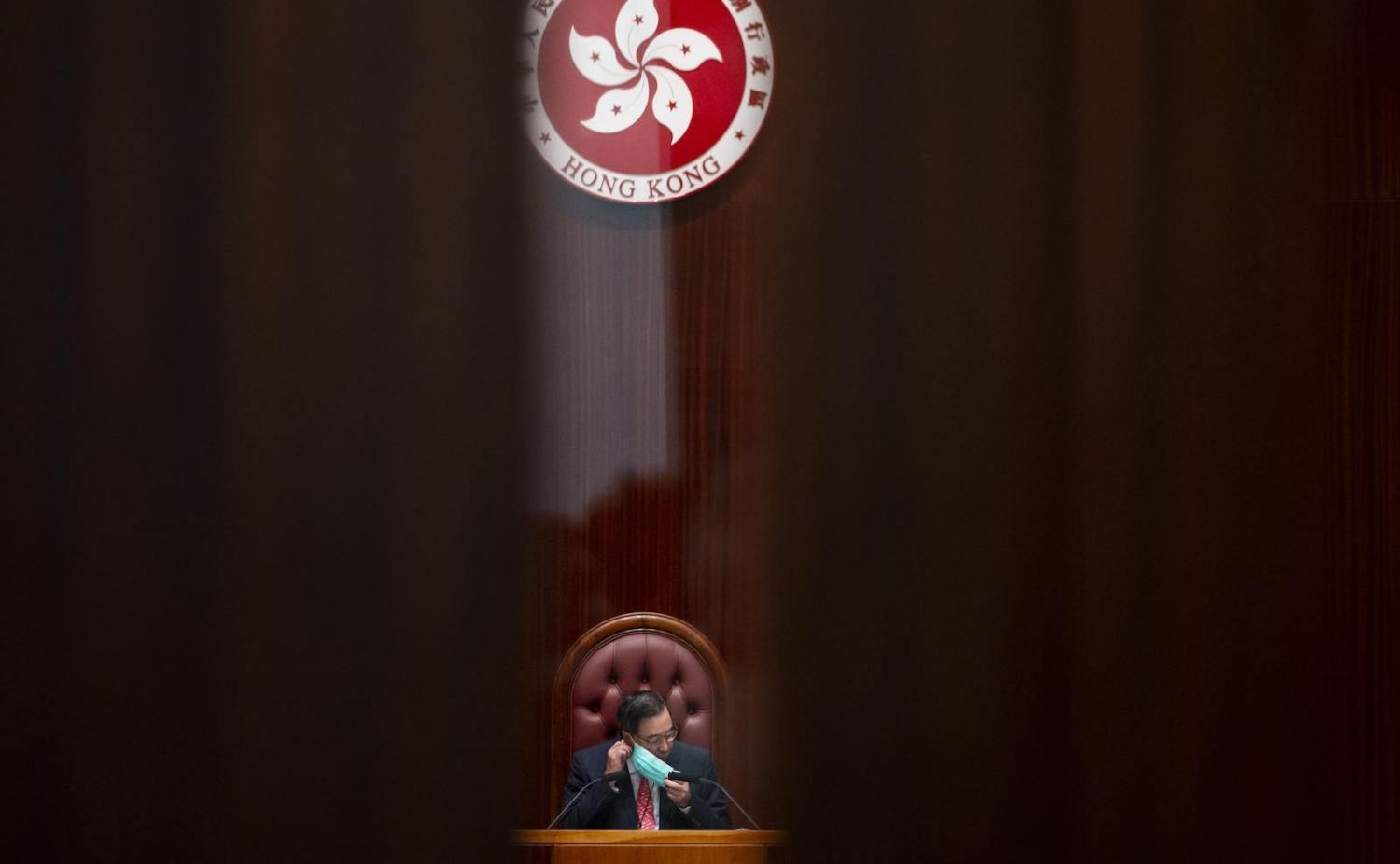 China’s recent national security legislation and ensuing crackdowns in Hong Kong are a certain sign of the Chinese Communist Party’s fragility as it deals with its economic woes amid Covid-19. Xi Jinping’s latest move to suppress political dissent is a blatant, but failed, attempt to convey strong leadership.

Not only does such a manoeuvre signal Xi’s willingness to place the CCP’s immediate political needs ahead of its global aspirations, but it also puts the inherent contradictions of the party’s long-term strategy for absorbing Hong Kong on full display.

Hong Kong has long been a thorn in the side of the CCP’s signature efforts to achieve “National Rejuvenation”. More recently, however, Hong Kong’s consolidation has served as a political face-saving tool to distract from mounting domestic public and internal party frustration with Xi’s rule amid China’s slowing economic growth.

But at the same time, by eliciting continued international outrage and economic pressure against Beijing, Xi’s actions in Hong Kong will potentially expose him to even broader factional strife within the party. Limited by his own prevailing need to demonstrate strength both domestically and internationally, Xi’s opportunities for a political off-ramp from the path he’s undertaken in Hong Kong will continue to diminish.

Indeed, the CCP’s continued expansion of authoritarian control over Hong Kong, even amid Covid-19, belies its refusal to recognise that a public agenda entirely based on state-led economic development runs counter, fundamentally, to the vibrant political culture that is a key feature of the city’s global appeal and thus its economic impact.

Xi’s political manipulation in Hong Kong is already showing signs of constraining the city’s economic value for the mainland.

Internationally, Hong Kong’s status as a separate entity has long afforded China’s state-led economic model a sheen of legitimacy. Through the city’s embrace of international norms such as democracy and the rule of law, China has cultivated a unique and important conduit to the global economy.

For almost three decades, Hong Kong has remained a crucial money market for Chinese firms looking to expand abroad, and for foreign companies seeking opportunities on the mainland.

Though now representing around 3% of China’s total GDP, Hong Kong is the mainland’s primary channel for foreign direct investment, responsible for as much as 82% of China’s inward FDI in 2018, as well as the sole conduit for foreigners to invest in mainland stock exchanges via Stock Connect.

The CCP’s overreach in Hong Kong could itself accelerate regional efforts to divest from Hong Kong, decouple supply chains with China, and align closer with the US.

In the longer-run, the new security law will surely have an isolating effect on the Chinese market. Certainly, in the more immediate term, Beijing’s assertiveness can be expected to have a cooling effect on its relations with Taiwan, Australia, the UK, and to a lesser degree, Japan and South Korea.

There are already indications of an oncoming exodus of human capital from the city, as other regional commercial hubs in Singapore, Vietnam, and India seek to capitalise on China’s faltering market appeal.

Multinational banks and other corporations have also expressed concern that they are being forced either to acquiesce to Beijing’s political whims, or lose market access.

Foreign tech companies are likely to face greater pressure as well. The US and like-minded partners have been cognizant of the need for more stringent foreign investment oversight in Hong Kong for some time. In recent years, bankruptcy courts and state-backed venture capital firms in Hong Kong have enabled the transfer of sensitive technologies to China.

Some believe the international response to China’s latest raft of security restrictions on Hong Kong could have only a marginally constraining effect on Beijing. Indeed, the specifics of US President Donald Trump’s move to decertify Hong Kong’s privileged status late last month remain vague, and will only become apparent once the US initiates the difficult process of disentangling itself from the city.

Nonetheless, any breakdown of international financial exchanges originating from Hong Kong will not endear Xi with party leadership, whose overseas holdings are already under threat of seizure per “targeted Magnitsky-type sanctions” under the 2019 US Hong Kong Human Rights and Democracy Act and other international sanctions regimes. With its independent legal system, easy regulatory environment, and separate currency, Hong Kong has long provided mainland elites with a convenient safe haven for offshoring assets.

In this way, the CCP’s overreach in Hong Kong could itself accelerate regional efforts to divest from Hong Kong, decouple supply chains with China, and align closer with the US via new multilateral mechanisms.

Amid Xi’s efforts to keep alive his dream of reinventing China as a steward of the liberal international order, Beijing has elevated the Belt and Road Initiative as a potential solution to ameliorate the economic fallout from political changes in Hong Kong.

This, however, will likely be insufficient as Beijing’s decisions will have irrevocable consequences for Hong Kong’s status as a global financial centre. In the months ahead, the international repercussions of Beijing’s actions in Hong Kong will almost certainly continue to overshadow any attempts by Xi to demonstrate strength to detractors within the CCP.

A third-party intervention serves to keeps the Hague award alive, by internationalising it.
William Gourlay 13 Dec 2021 05:00

As Turkey’s economy falters, its strongman president is falling in the polls – the implications may be far reaching.
Matthew Sussex 1 Mar 2022 14:30

Ukraine: what are Putin’s options now?

Deluded by a belief he would win quickly and cleanly, Putin must now weigh the pros and cons for his next steps.