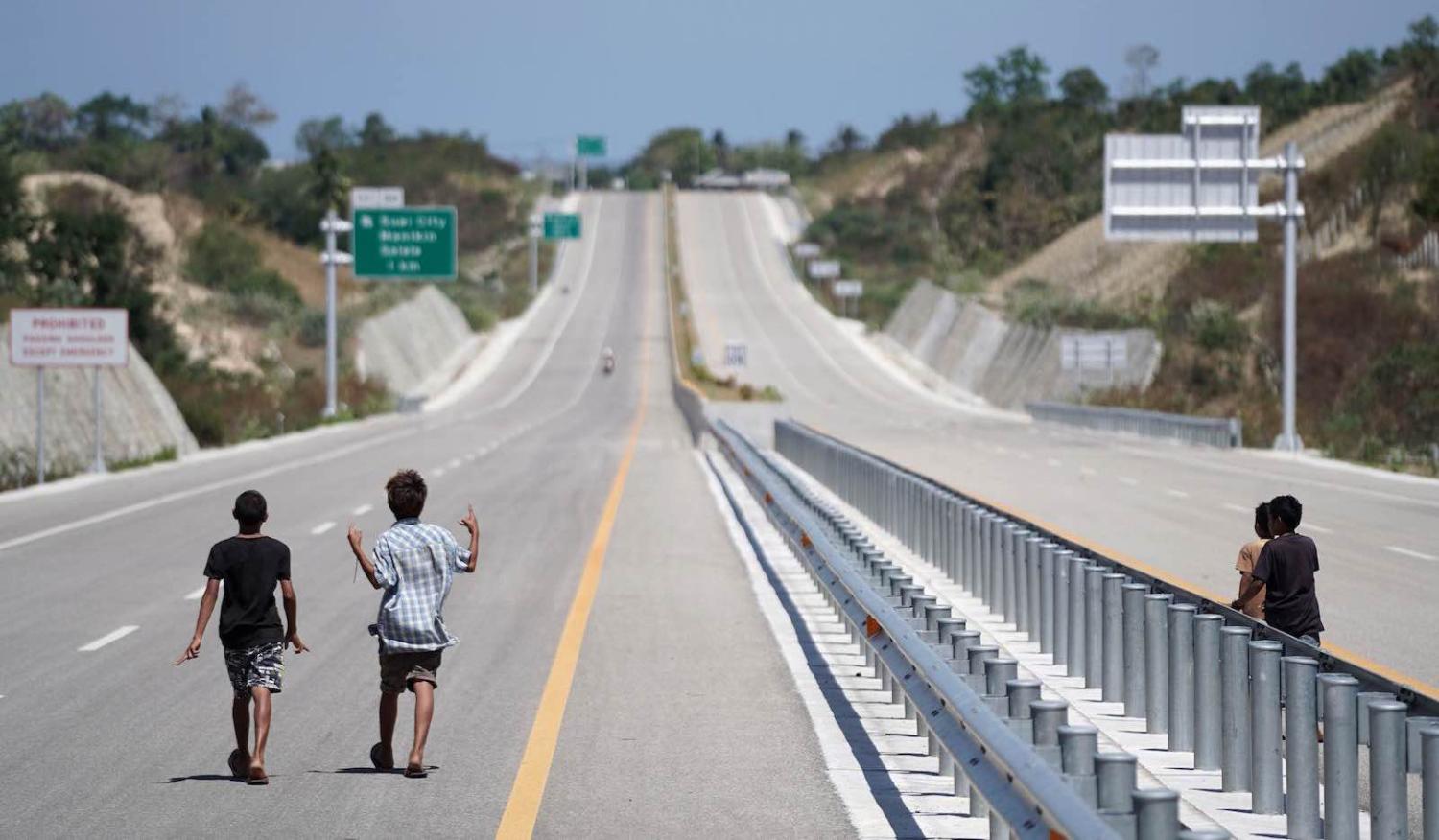 There are 100,000 people tonight in Tasi Tolu, a wide, flat, dusty expanse on Dili’s outskirts, near the capital’s western bus terminal, with enough space to fit all those coming to celebrate the 20th anniversary of Timor-Leste’s vote for independence.

Inside, grandstand seating is set up for hundreds of visiting dignitaries. It’s a vantage high enough from which to watch the traditional dancers representing each of Timor-Leste’s 13 municipalities, to hear the band play the famous resistance song “Oras To’o Ona” (“The time has arrived”), and to hear Francisco Guterres – the guerrilla-fighter-turned-president better known by his resistance name Lú-Olo – tell the crowd that Timor-Leste has a bright, strong future.

If you’re cold or hungry, there’s plenty of Pop Mie, the Indonesian brand of instant-cup noodles ubiquitous throughout Timor-Leste. Later you might forget to be hungry when you see the fireworks spark up the inky night sky, described in the program as brinde no fogu de artifisu, a Tetum rendering of the Portuguese words for “cheers”, “fire”, and “artificial”.

Very few Timorese families were untouched by the 24-year occupation – from a population of less than a million, between 100,000 and 300,000 people died. Houses were destroyed, and families ripped apart. Carvalho still doesn’t know what happened to many of her friends.

The tiny half-island nation – a Portuguese colony for 450 years before the Carnation Revolution saw it cast adrift, triggering a brief nine days of independence before neighbouring Indonesia’s 1975 invasion – still struggles with huge development challenges, a legacy of brutality, and leadership by an old guard who could be the grandfathers of most of the rest of their country-folk. Timor-Leste’s median age is just under 19, while Lú-Olo turns 65 in a few days.

Gusmão’s leadership, first from the remote Timorese mountains, and then secretly from the Cipinang Prison in Jakarta after his 1992 capture, helped pull Timor-Leste through 24 years of Indonesian occupation. On Friday, 30 August, the anniversary of the independence vote, flag-waving children shouted “Viva avo ’Nana” (“Long live grandfather Xanana”) at camera-carrying Australian journalists who had flown in for the occasion.

She says their ships filled the beaches near her village of Same, a small rural town in the south of Timor-Leste, near the foothills of the craggy Mount Kablaki, which would become her home for two years.

When the Indonesian soldiers arrived, we all ran into the mountains. We carried food, some clothes. A lot of people were killed with guns and bombs. We were scared of the bomb blasts. We never had enough food, and we ate the scratchy stems of the taro plant. I was lucky that I didn’t have children yet, because many children died in the cold in the mountains.

Carvalho lived in the holes and caves in the mountain’s base until 1977, when Indonesian bombs destroyed their hiding places. After returning to Same village, her family was required to report each morning to Indonesian authorities with notes about their activities.

In 1999, when Indonesian President Suharto’s successor BJ Habibie gave in to international pressure to offer the Timorese a choice between autonomy within Indonesia and full independence, Carvalho and her family bravely faced the Indonesian troops to cast their votes.

Lopes fled with just the shirt and shorts he was wearing but managed to carry a small radio, which he turned on after three days of hiding to hear the referendum announcement – a 78.5% vote for independence. At this point in his story, he pauses, and tears well in his eyes.

“In the time of struggle… many people died. It was… incredibly difficult. Even though we’re free now… we still feel suffering.”

Another pause. “We didn’t think we would be independent.”

Very few Timorese families were untouched by the 24-year occupation – from a population of less than a million, between 100,000 and 300,000 people died. Houses were destroyed, and families ripped apart. Carvalho still doesn’t know what happened to many of her friends. She remembers people being tied up in bags and brutally dragged behind cars, and sexually charged soldiers prowling towns for new targets.

With the past still heavy and ever-present, the family looks to the future. Lopes celebrated Friday’s official ratification of the maritime boundary treaty between Australia and Timor-Leste, which finally recognised Timor-Leste’s long-claimed ownership of valuable oil and gas resources in the Timor Sea.

“We’re happy that we can now work together with Australia and that our oil can be ours,” he says. “In the past, Australia and Indonesia shared it, but now, we and Australia walk together.”

Lopes didn’t go to the Tasi Tolu celebration on Friday night, but his wife Angelina – Carvalho’s daughter – and her friends took the younger two of their three daughters. Too young to know the family’s stories of forests and taro and caves and hidden radios and burned-down houses, the girls will nevertheless have their country’s history imprinted on their lives.

“The world recognises 30 August as the day we voted for independence,” Lopes says. “It’s an historic day. We must continue to commemorate it so that our smallest children can know our history. We must continually, for the next generation, tell the story of Timor-Leste.”