A nationalist bent at home and provocations abroad have frayed ties with Europe, and maybe soon the US, too. 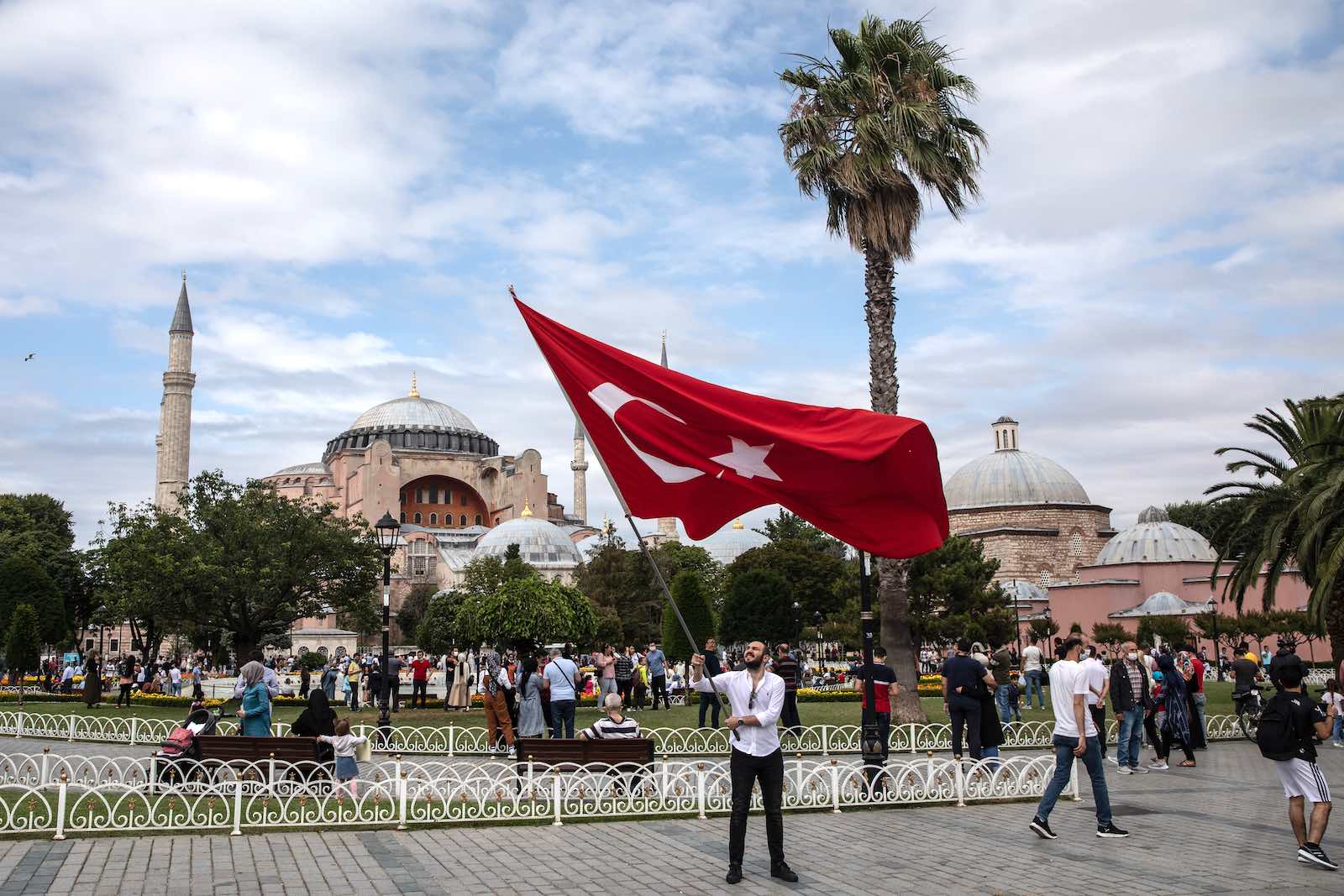 Turkey is increasingly becoming the piece of the NATO puzzle that just won’t fit. President Recep Erdoğan’s particular brand of Turkish nationalist populism has earned him criticism from most NATO members at one time or another. Turkey’s plans for European Union membership seem increasingly like a distant memory, as criticism of Ankara’s activities from its European allies over a range of issues has been relatively constant.

In 2017, for instance, the Dutch refused permission for the Turkish foreign minister to land in the country and expelled a Turkish minister, as both were seeking to address rallies for the Turkish referendum on expanding presidential powers. Austria has closed down a number of Turkish-funded mosques and expelled several Turkish imams who it claims were importing Turkish nationalist ideals.

But it is in the security arena that Erdogan’s policy moves have not only put him at odds with his other NATO partners, but also raised the prospects of a much more serious rift. There was last year’s purchase of the Russian-built S-400 anti-aircraft missile system that resulted in the embargo of sales of the next-generation F-35 fighter. Washington has since said the jets earmarked for Turkey will instead be bought by the US Air Force. And last year the EU also placed a limit on arms sales to Turkey after Ankara’s military incursion into northern Syria.

Erdogan is a foreign policy opportunist, and given a distracted and ineffective administration in Washington, he has sought to advance Turkey’s regional interests with little regard for his NATO partners.

But it is the increasingly complicated Libyan conflict and a separate but related dispute over Eastern Mediterranean gas reserves that are exacerbating tensions. France, a key military member of NATO, along with a number of odd bedfellows such as Russia and the UAE, has been backing the opposition forces of General Khalifa Haftar, while Turkey is backing the UN-recognised Government of National Accord (GNA). Turkey has allegedly been providing the GNA forces with Syrian mercenaries as part of its Libyan adventure. And Russian mercenaries from the Wagner Group have also reportedly been deployed to support Haftar’s forces. With the GNA now in the ascendancy, the conflict threatens to become even more complicated with the Egyptian parliament’s approval last week to deploy troops outside the country to secure its western border if necessary.

Turkey also used its alliance with the GNA to sign a maritime boundary MOU in November 2019 that has been labelled “illegal” and “illogical” and caused consternation in Egypt, Greece, Israel and Lebanon. Turkey is seen as a spoiler by these other countries in the rush to develop the gas-rich reserves in the eastern Mediterranean, using its control of the (not internationally recognised) Turkish Republic of Northern Cyprus and the MOU as justification for its actions.

Turkey’s actions have consequently put it at odds with other NATO partners – France in particular. Tensions between France and Turkey have been escalating for months and in January this year France promised naval support to help Greece in a standoff with Turkey in the Eastern Mediterranean. But last month, the most serious incident between the two countries occurred as a French vessel that was part of a NATO maritime mission in the Mediterranean sought to search a Tanzanian-registered vessel it believed was smuggling arms to Libya. It was being escorted by Turkish naval vessels, which declared the ship was carrying humanitarian supplies, and which the French claimed aggressively warned off its vessel. Public insults have been exchanged and a NATO investigation conducted, the results of which haven’t been released.

Erdogan’s ultra-nationalist rhetoric and actions have won him few friends, and the recent decision to reopen Istanbul’s Hagia Sophia as a mosque after more than 80 years as a museum even caused the Pope to say that he was “deeply pained” by the move. But Erdogan is at heart and instinct a domestic politician and cares little for what other countries or leaders think. He is also a foreign policy opportunist, however, and given a distracted and ineffective administration in Washington, he has sought to advance Turkey’s regional interests with little regard for his NATO partners, figuring that they need him more than he needs them. But he should expect more pushback from a Biden administration, which would be instinctively multilateralist and more willing to rebuff Ankara’s unilateralist foreign policies.

As vice president, Biden experienced Erdogan’s leadership style, including being snubbed by the president when he visited Turkey in 2016. But in a tweet last year, Biden criticised Trump’s kid-glove approach to Turkish intervention in Syria:

First Trump gave a green light to Erdogan to ethnically cleanse Kurds who helped us defeat ISIS. Now he welcomes Erdogan with open arms and sweetheart deals. It’s hard to avoid the conclusion that, once again, Trump’s personal interests, not US interests, are driving his policy.

If tweets are any indication of political intent – and these days they appear to be the preferred means to announce policy – then Turkey may find its regional ambitions harder to realise if there is a change of attitude towards alliance unity from a new administration in Washington.

Show Comments
Previous Article
Australia lays down the law in the South China Sea dispute
Next Article
Five Eyes: Blurring the lines between intelligence and policy