Australia lays down the law in the South China Sea dispute

Canberra rejects the PRC’s “historic rights” claim to contested waters but now faces the test of what to do about it. 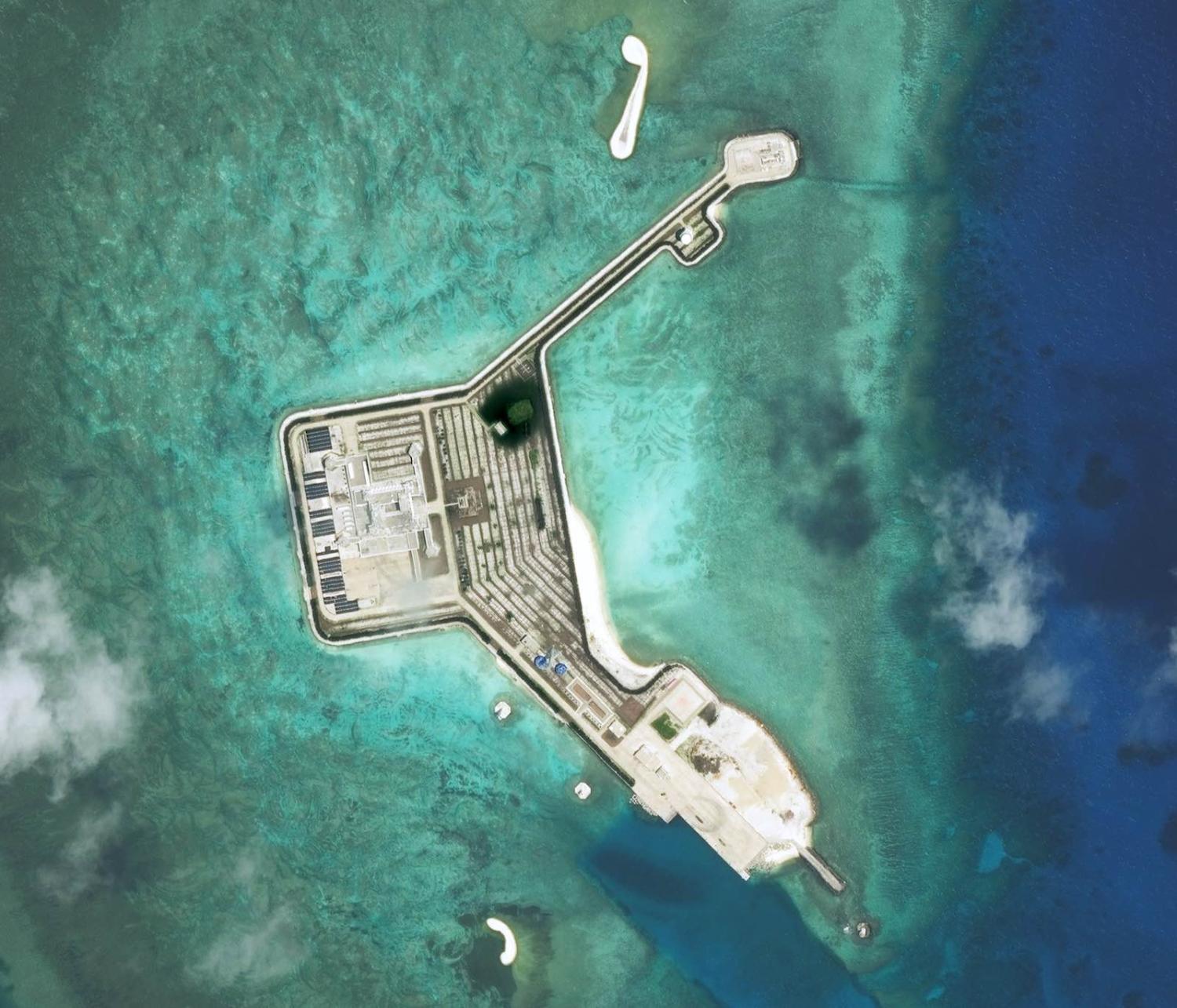 Australia has entered the renewed diplomatic fray about China’s maritime claims in the South China Sea, clarifying, if not entirely resolving, Canberra’s previously vague legal position on the strategically important and contested waters.

The timing is significant, following the declaration last week by the United States, which branded China’s resource and jurisdictional claims across most of the South China Sea as “completely unlawful”. Washington also accused Beijing of bullying smaller Southeast Asian maritime nations and threw its support behind the 2016 South China Sea Arbitral Tribunal ruling that favoured the Philippines’ position. China was quick to accuse the US of exacerbating an already tense situation.

Australia’s language has been more circumspect, sticking closely to legal rather than behavioural issues. But it won’t be lost on China that Australia has chosen to make its own statement just ahead of next week’s AUSMIN meeting. In a note verbale dated 23 July, Australia’s mission to the United Nations clarified Canberra’s legal position, explicitly rejecting maritime claims by the People’s Republic of China (PRC) that Australia views as inconsistent with the 1982 United Nations Convention on the Law of the Sea (UNCLOS).

Australia has long advocated that maritime disputes should be resolved in accordance with international law. Following the 2016 ruling, Canberra had called for Beijing to respect the ruling and simultaneously amplified its rhetoric on the “rules-based global order”. Despite this, Australia had been somewhat vague in its legal stance on the South China Sea, avoiding a clear articulation of its position on the PRC’s specific South China Sea claims.

This note verbale goes some way in providing clarity. A key element is Australia has made explicit that it rejects the PRC’s claim to “historic rights” in the South China Sea in accordance with the 2016 Arbitral Tribunal ruling.

Australia’s alignment with the US puts it in the potentially awkward position of being more stridently opposed to the PRC’s claims than the maritime Southeast Asian states that have a direct stake in the disputes.

Yet Australia has also rejected PRC claims that were not tested in this arbitration. Since the ruling, PRC experts have relied upon other spurious legal justifications for its South China Sea claims beyond the use of its well-known “historic rights” within the nine-dash line argument. This includes the “Four Shas” (four sands) strategy, which attempts to make a legal case by constructing straight archipelagic baselines around the land features in the Pratas, Paracel, Spratly and Macclesfield Bank groups, claiming this amounts to part of China’s economic exclusion zone and continental shelf. Yet, China's position does not accord with the land/sea ratios set out in UNCLOS, hence Australia’s rejection of the Four Sha outlying archipelago claim, including “any claims to internal waters, territorial sea, exclusive economic zone and continental shelf based on such straight baselines”.

Australia also clarified that it does not view artificial islands as “islands” for the purposes of claiming maritime jurisdiction, a distinction made very clear in UNCLOS. Both the US and Australia have remained neutral on the issue of who owns the land features, preferring instead to focus on the maritime claims. Yet, Australia has pushed back against the PRC’s often bombastic and unequivocal claims that its sovereignty of land features is “widely recognised by the international community”.

Notably, like the US statement, Australia does not comment on the Arbitral Tribunal’s reasoning on how natural land features should be classified as islands, rocks, low-lying, or submerged elevations. This might be explained because both Australia and the US make economic exclusion zone claims on the back of land features that may not meet the Arbitral Tribunal’s threshold for classification as an island. Australia, for example, claims a 200 nautical mile economic exclusion zone around the isolated Heard and McDonald Islands in the southern Indian Ocean – over 4,000 kilometres south-west of Perth – described in one report as “rocky and desolate”.

Yet Australia’s advocacy in the South China Sea reflects another small win for international law and represents an evolution of its normative approach to the South China Sea. This approach has sought to defend maritime rules without further destabilising the region, putting naval vessels or personnel at risk or damaging trade relations with Beijing.

How the PRC will respond to this intervention will be fascinating to watch. The statement runs the risk that the PRC will punish Australia through economic coercion tactics, but this already appears to be a feature of Sino-Australian economic relations in 2020.

It was reported last week that an Australian Defence Force joint task group consisting of five warships had “unplanned interactions with foreign warships throughout the deployment [which] were conducted in a safe and professional manner”. This was rather sensationally reported in the media as a confrontation between Chinese navy and Australian warships in the South China Sea. Perhaps the more significant but less captivating story here was that the Australian fleet were joining American and Japanese counterparts in the Philippines Sea for joint training exercises in another sign of maritime cooperation among so-called “like-minded” states.

Australia’s warships were not in contested areas. Canberra has so far resisted calls from the US to participate in Freedom of Navigation Operations, or FONOPS, although it recognises the right to conduct them exists and has left open the possibility of conducting them in future. In Australian debates, however, FONOPs are very narrowly interpreted as transiting within 12 nautical miles of China’s artificial islands, in contrast to the variety of activities the US undertakes across the globe as part of its freedom of navigation program.

Part of the challenge for Australia has always been matching its rules-based rhetoric with its operational policy. Speaking loudly without a stick has seen Australia described as a “paper cat”. Australia’s alignment with the US puts it in the potentially awkward position of being more stridently opposed to the PRC’s claims than the maritime Southeast Asian states that have a direct stake in the disputes. A key question now is what Australia will be willing to do in its operations to defend the legal position it has articulated in this statement.

Previous Article
Book review: The memory of a massacre in Thailand
Next Article
Turkey: Not a team player

South Koreans don’t see how destructive and divisive Donald Trump is, nor is it their concern with North Korea so close.
Natasha Kassam 20 Mar 2019 10:00

Why reciprocity matters: the US Reciprocal Access to Tibet Act

China’s days of treating the US as a peer and expecting special treatment at the same time appear to be running out.
Vivienne Chow 5 Nov 2018 15:30