Much of the chaos expected in the coming days and weeks can be tied to the commander in chief’s rhetoric. 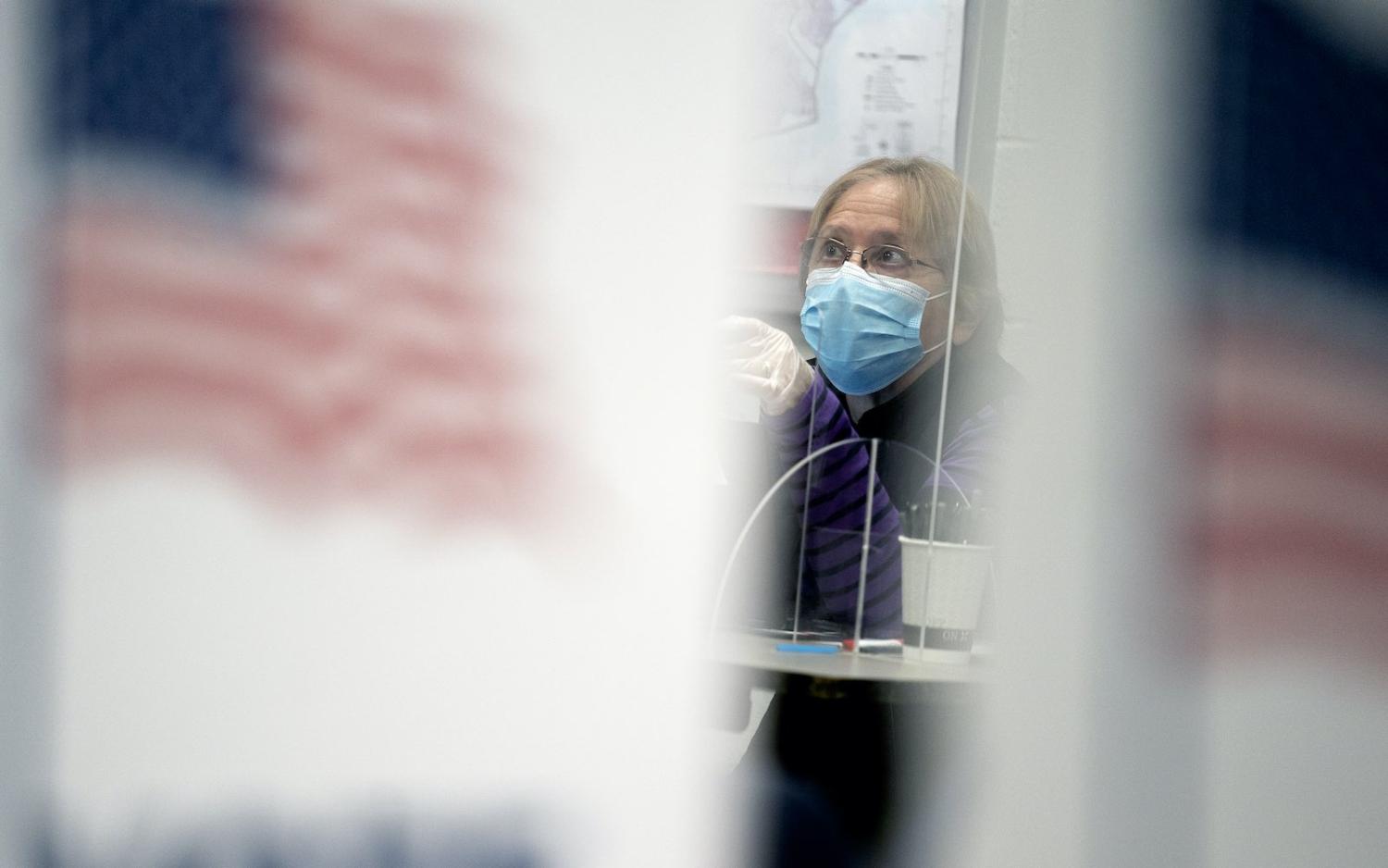 Imagine if stories of the US election were being reported as an event in the developing world: the president, who was elected amid controversy surrounding foreign interference in the election, has encouraged intimidation and violence by informal militias. Armed groups have stormed state legislatures, and police have intercepted a plot to kidnap a sitting governor. The president has refused to commit to accepting the outcome (unless, of course, he wins).

The stories report on a ruling regime embarking on a months-long effort to suppress votes, while holding mass rallies with few if any health precautions during a global pandemic. Experts and external observers are quoted worrying about the rise of authoritarianism. Many fear the decline in the rule of law as the president has stacked the Supreme Court and expressed his gratitude in advance for their ruling in his favour to decide the election.

These stories are being written today, but with an air of disbelief – this can’t possibly be happening in America. Yet around the world, people are wondering whether morning will bring news of a peaceful transition of leadership in the United States, or it is on the brink of civil war.

These are the words that have been written about the self-described “world’s greatest democracy”.

Tuesday in the United States will be an election day like no other, in a year like no other. Also, around 80,000 Americans will be informed they have contracted Covid-19, joining 9 million of their fellow citizens.

They face a fateful decision: if they are not one of the record 90 million Americans who have voted early, can they go to the polls? It’s too late to mail in a ballot, and in many states, drop boxes are a source of doubt and concern. Should people believe that their ballot may end up in the bin, or follow the president’s advice to not be afraid of Covid-19?

In the end, the irony could be that for all of Trump’s degrading of institutions and belittling of the public, he may have created the very conditions for a course correction in a “blue wave”.

Which is more irresponsible: not voting in your nation’s hour of need, or not isolating when you carry a potentially fatal disease?

This question points to so much of what has gone wrong in the America of 2020. And the blurring of fact and fiction by politicians, the media and President Trump himself, a self-styled non-politician, bears much of the blame.

Since Trump was elected in 2016, endless newspaper inches have been dedicated to explaining the accident of his ascendancy. He benefitted from an unpopular opponent in Secretary of State Hillary Clinton. The trends were already converging in his favour, from the economic inequalities exposed by the global financial crisis to the declining trust in politicians.

All of these factors remain true and relevant. But the unique and individual effect of the commander in chief on this election, and today’s America, cannot be overlooked.

Trump’s race-baiting rhetoric builds on a history of the Republican party engendering resentment of increasing diversity in American society. He has planted clear stakes in the ground over the year of protest about racial inequality and police brutality.

Longstanding GOP tactics of voter suppression have been aided and abetted by Trump’s words: the constant accusations of voter fraud and undermining of confidence in the postal ballot system have added fuel to the fire.

Some states permit “open carry” of guns even around polling stations, and the president himself has instructed his supporters to “keep watch” at the polls. The threat of outright violence looms over the political process.

On top of this, in the Covid-19 crisis, the president has politicised the distribution of lifesaving equipment, encouraged protests by anti-lockdown warriors, defunded and attacked international institutions and spread health-related misinformation. A Cornell University study found the president to be the single largest source of Covid-19 misinformation.

His words matter. A culture of fear and uncertainty matters. After months of alleging voter fraud, Trump has set the scene for his final act: attacking the ballot counting on election night, and potentially declaring victory before any conclusion can be drawn.

In the end, the irony could be that for all of Trump’s degrading of institutions and belittling of the public, he may have created the very conditions for a course correction in a “blue wave”.

But it is worrying that a best-case scenario for the coming days and weeks is a conclusive victory without violence. A Biden administration would still lead a deeply divided country.

And as Kim Ghattas writes, it will be hard to reverse the more subtle changes: the mainstreaming of conspiracy theories, the rise of intolerance, the deep political polarisation and the extent to which each side sees the other as an existential threat.

I worry more about the worst-case scenario: that we’ll wake up to mass violence, competing lawyers and the incumbent and the challenger both claiming the presidency.

But there is always hope, and here it is: that in the morning there will be reports of record turnout in extraordinary circumstances, both a victory and a concession speech for the ages, and no empty promises to “make America great again”.

Instead, a reminder of the American dream, coined by James Truslow Adam in 1931, “a land in which life should be better and richer and fuller for everyone, with opportunity for each”.

Chinese influence in Singapore, ABC broadcasting, DFAT on Facebook, and more: the week that was on The Interpreter.
Randy Mulyanto 29 Nov 2019 06:00

A bookstore in New Taipei aims to bring a little piece of home to new migrants and help locals connect to the region.
Charlotte Kennedy 20 Jan 2017 17:06

Will Modi and Trump get along?

The story of Narendra Modi's rise to power in India sounds eerily familiar today. And at first glance, Modi and President-elect Donald Trump should be natural allies.