Mismatched expectations pose a big problem on the peninsula. 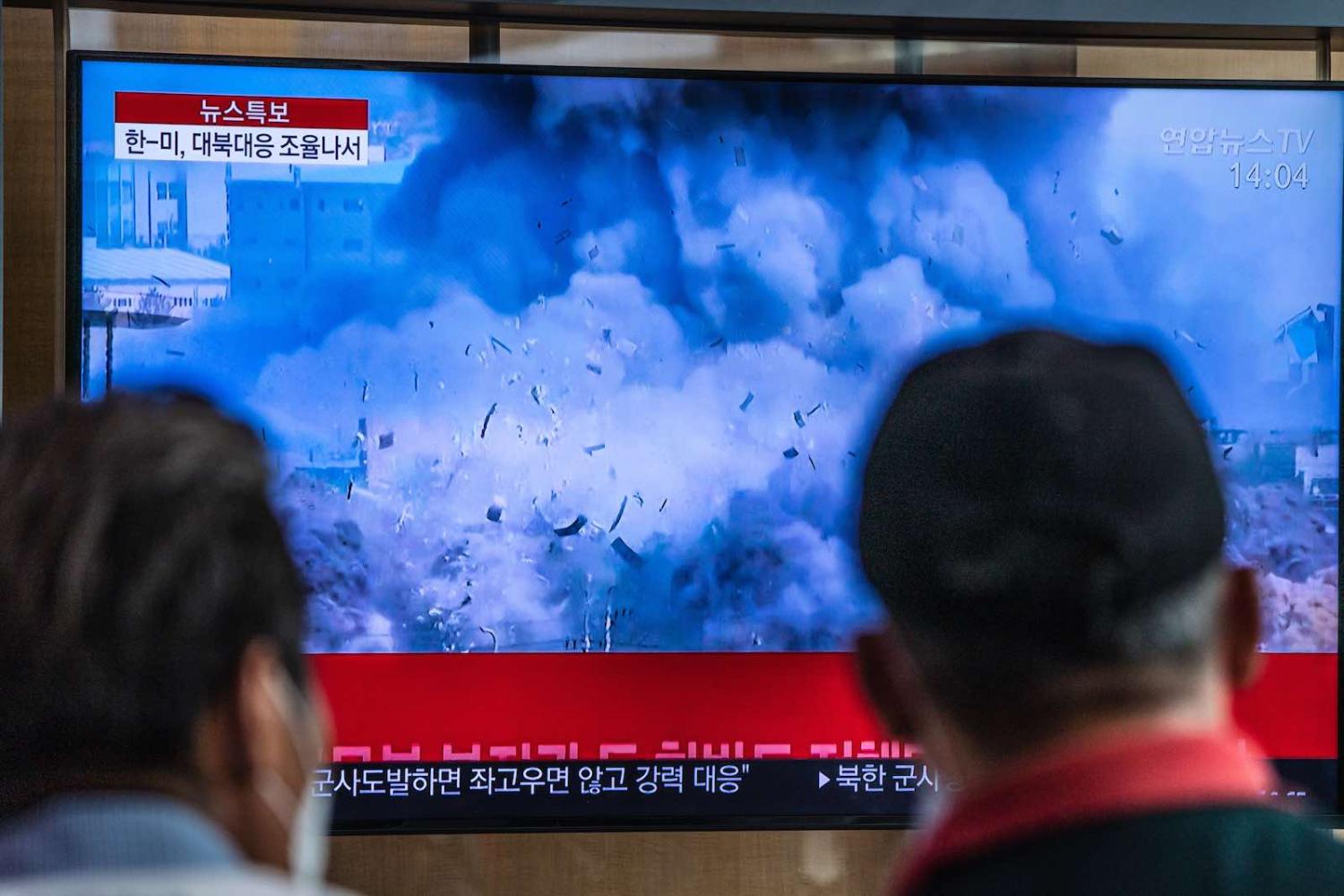 North Korea’s demolition of the inter-Korean liaison office in Kaesong last week is a huge setback to Pyongyang’s relations with Seoul. Unfortunately the situation can get even worse.

One day after the building was brought crashing down – a dramatic reminder to the rest of the world about the still febrile nature of the situation on the peninsular – North Korea announced that it would redeploy troops to demilitarised areas near the inter-Korean border, particularly in the now-defunct Kaesong Industrial Complex and Mount Kumgang Resort. Reports of North Korean troops returning to empty guard posts and resuming military drills along the border area also raised South Korea’s ire. This marked a violation of the 2018 reduction pact between Seoul and Pyongyang. South Korea’s defense minister made clear that the country would “respond strongly” to North Korea’s military provocations. South Korea’s unification minister also resigned, citing his failure to advance inter-Korean relations.

Pyongyang has now threatened to bolster its military presence in and near the Demilitarized Zonehttps://t.co/49n639iWXm pic.twitter.com/Uv2EdCtQqK

North Korea’s recent provocation, on top of its recalcitrant behaviour in the past year after the Hanoi summit ended in disappointment, has served to expose the limit of South Korean President Moon Jae-in’s olive branch. Moon has gone from being a friend of North Korean chairman Kim Jong-un to being accused of “pro-US flunkeyism” by Kim’s sister and North Korea’s emerging number two Kim Yo-jong.

However, the destruction of the inter-Korean liaison office offers a unique opportunity for both North and South Korea to reassess their expectations and what leverage each believes it holds in bargaining. The current tension is the result of widely different expectations from Seoul and Pyongyang. For South Korea, it should be clear that engaging the North via summits and promises of economic cooperation is not enough. For North Korea, putting extra pressure on Moon to extract more concessions could backfire if Moon loses more of the already dwindling support for his North Korea policy.

If the Hanoi summit killed the impractical calculations of the United States and North Korea, the demolition of the liaison office signals the end of a long period of false expectations between Seoul and Pyongyang.

A negotiation deadlock occurs because both sides expect to gain more from what their counterpart can offer. The collapse of the Hanoi summit is a case in point. Both US President Donald Trump and Kim entered the talks with unrealistic expectations. Trump expected to discuss North Korea’s other nuclear complexes; Kim wanted to trade only the Yongbyon complex for the five most recent United Nations sanctions adopted in 2016 and 2017 that constituted the backbone of Trump’s “maximum pressure” campaign.

Both Trump and Kim were unprepared for compromises, leading them to walk away empty-handed. The spectacle and historic presentation of the summit could not compensate for the lack of substance in their relationship. If there was an upside, both at least departed Hanoi with better expectations of what the other side wanted, which then flowed into subsequent working-level officials’ talks in Stockholm, even though these again did not succeed.

The demolition of the liaison office is similar in some aspects. If the Hanoi summit killed the impractical calculations of the US and North Korea, the demolition of the liaison office signals the end of a long period of false expectations between Seoul and Pyongyang. Kim and Moon have expected too much from each other over the past two years, believing that the historic nature of the inter-Korean summits should give weight to the case for sanctions relief. This explains why whenever the US and North Korea encountered troubles in denuclearisation talks, Moon would seek a meeting with Kim to reaffirm his commitment to removing sanctions and increasing economic cooperation. North Korea in return thought that Moon could sway Trump to loosen the “maximum pressure” and prioritise the peace process over the denuclearisation process. This appeared to be the case after a brief second summit with Moon at Panmunjom in May 2018, when Kim was prepared to go to Singapore, even though Trump had cancelled the upcoming talks days earlier.

Although painful, the latest crisis offers several important lessons for both Moon and Kim. If Moon wants to leave a positive North Korea policy legacy, he had better align his ambition and capability in order not to create more false hopes. For Kim, South Korea’s turn towards a harder line after the demolition of the liaison office is a signal that Moon will not be able to resist domestic critics if Pyongyang goes too far. Initiating a crisis to extract concession has been a classic North Korea’s playbook, but it is risky – the limits of Moon’s tolerance remain unclear.

But this latest episode of strife need not put an end to the peace process. Kim has not been personally vocal in the latest round of provocation, leaving open the chance for a fourth summit with Moon. Also, the inter-Korean hotlines between the two countries’ spy agencies may still be working. Lim Jeong-seok, Moon’s former chief of staff and a pro-détente figure, is reported to be a candidate to the vacant post of the unification minister. Moon has not given up on Kim yet, but Moon needs to be more cautious, lest reckless engagement result in another demolition.

Previous Article
Culture, constitution and controversy in Samoa
Next Article
The goals for Australia to do better

Aid & development links: How rich are you? Ellen Johnson Sirleaf, the case for optimism and more

This week's links also include the case against linking corruption to poverty and how global income equality has shifted since the GFC.
Rahul Mishra, Peter Brian M. Wang 2 Nov 2022 05:00

Beyond escaping floods and crowds, the location of the new capital will have economic and geopolitical ramifications.
Daniel Flitton 5 Jul 2018 16:00

The latest dramatic rescue has spurred a huge international response – but cooperation never seems to outlast a crisis.