Ultimate Game of Thrones in Malaysia

However the latest political scramble unfolds, Anwar Ibrahim will not get a chance to be PM and real change is in doubt. 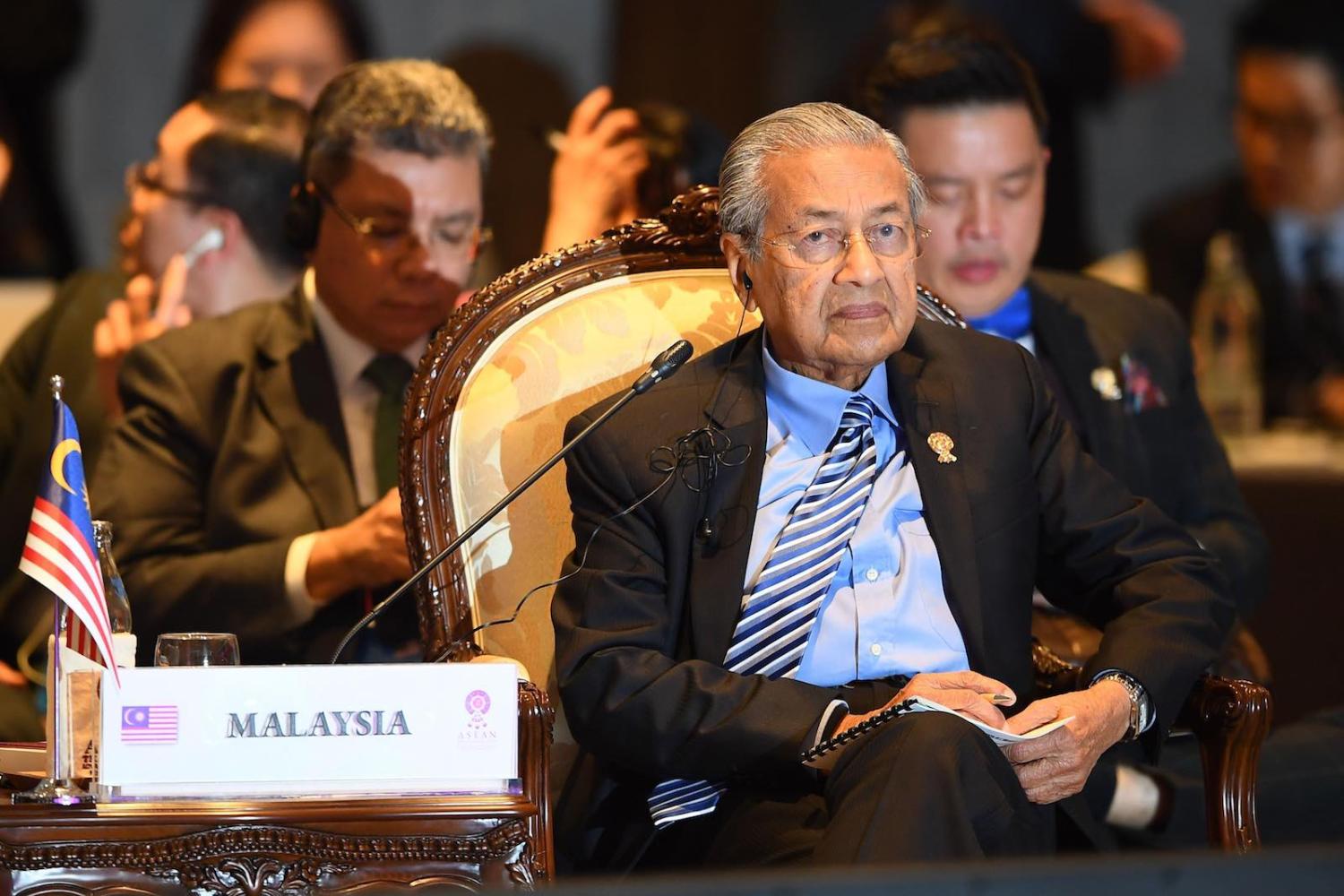 The past 48 hours have been remarkable, even by the standards of Malaysian politics. There now seem to be plans afoot to create a new ruling Pakatan Harapan (PH) coalition, split and weaken Parti Keadilan Rakyat (PKR), and stop Anwar Ibrahim from succeeding Mahathir Mohammad as Prime Minister.

The catalyst for these moves appears to be the defeat of the PH candidate in the Tanjung Piai by-election held last Saturday. The PH candidate not only lost to a candidate from Barisan Nasional–Malaysian Chinese Association (BN–MCA) – the opposition grouping that includes the former ruling party – but the margin of victory was more than 15,000 votes. BN–MCA obtained 25,466 votes while Pakatan Harapan’s Karmaine Sardini came out in second place with only 10,380 votes.

Ordinarily, people don’t pay much attention to by-elections, but the huge margin suggests two things. Malays and Chinese both voted en masse against PH, the same voters who delivered the party victory just 18 months ago in the general elections, indicating deep unhappiness with the PH administration. And second, Mahathir appears to have lost personal support among rural Malays, which had been key to PH’s victory last year when Bersatu, his new party, managed to secure about one third of the Malay vote. The by-election proved that the rural Malay vote is well on its way back to the opposition.

The loss of Tanjung Piai has set off a political scramble. Suddenly everyone is saying the current PH model is “dead” and radical change needs to be made. The current PH coalition consists of the following: Parti Pribumi Bersatu Malaysia (Bersatu), led by Mahathir; Parti Keadilan Rakyat (PKR), led by Anwar Ibrahim; Democratic Action Party (DAP), led by Lim Guan Eng; and Parti Amanah Negara (Amanah), led by Mat Sabu.

If the war drums coming out of Kuala Lumpur are to be believed, there are three potential scenarios that could unfold to radically change the political landscape. The cast of characters is as varied as a season of Game of Thrones, but the detail and mix of local acronyms at the heart of this speculation is important to relay.

If there is going to be a major change in the Pakatan Harapan coalition, it will be a Malaysian tragedy and mean regime change last year did not fundamentally alter the trajectory of local politics.

First, Mahathir could move to neutralise Anwar Ibrahim by helping Azmin Ali, PKR’s deputy president and Minister for Economic Affairs, “escape” from PKR and take with him about 20 PKR MPs. This will immediately cause PKR to shrink to about 30 MPs from its present 50. Anwar will be in no position to push for the transition of power. DAP, the Chinese-based party in PH, will have to keep quiet and go along if it wants to stay as part of the ruling coalition.

Second, a new “PH coalition”, with a new name, could kick out DAP and its 42 MPs. To replace them, Mahathir will entice a faction of about 15–20 MPs from UMNO to join Bersatu, bringing Bersatu’s numbers up to about 41 MPs or more. He will also come to an understanding with PAS (18 MPs) that they will support him in staying on as Prime Minister. He will try to get GPS in Sarawak to also support him. (Note that PAS and GPS can carry on as opposition parties – all Mahathir wants is their support to be PM.)

Third – and this is the simplest scenario – the bulk of UMNO, about 30 MPs, could simply join Bersatu as a bloc, either under a new party or a special arrangement, plus Azmin Ali’s breakaway group of about 20 MPs. There is even a possibility that Azmin Ali’s group will join these UMNO MPs in setting up a new Malay party. DAP and what’s left of PKR will be kicked-out of PH and a new PH will emerge.

Mahathir could, of course, go for the soft option and do a mini-cabinet reshuffle now. But this will not remove the tension between him and Anwar over the power transition issue. It will, at best, delay the inevitable clash between these two and prolong the current instability caused by Tanjung Piai byelection. A cabinet reshuffle is simply a short-term band-aid.

No matter which scenario you choose, two things are certain.

First, Anwar Ibrahim will not get his chance to be PM and he will be blocked by Mahathir, again. In 1998, Mahathir kicked Anwar out as the number two in UMNO and anointed successor. Since then, Anwar has been trying to become PM via alternative coalitions against BN, all ending in failure. It was only in 2018, when Mahathir became the leader of PH, that the opposition was able to take over the federal government. In other words, despite what people say about Anwar’s political abilities, it was Mahathir who was the crucial peg in Malaysia’s first regime change.

Second, the “Chinese” issue in PH is marginalised. DAP, which is the second largest party in the current set-up, is either relegated or worse, kicked out the coalition completely. This will stratify the Malay ground who see the DAP as the main source of “anti-Malay and anti-Islam” policies in government. Although this is blatantly untrue, this perception is widely held by large sections of the conservative Malay population.

If there is going to a major change in PH, it will be a Malaysian tragedy. In simple terms, it means regime change last year did not fundamentally alter the trajectory of Malaysian politics. For some time now, many people in the corridors of power have said the result last year was essentially an “elite-change”, i.e., a change of power from Najib Razak group over to the Mahathir group. If you are unkind, you could say change from the Najib dynasty to the Mahathir dynasty.

In other words, Mahathir is no reformer. What he wants is power and what he intends to build is not “Malaysia Baharu” (New Malaysia) but Mahathir’s Malaysia 2.0. He succeeded partially during his first tenure as PM (1981–2003), and this time he is dead-set on completing the job. The end process is that PH will eventually end up like the old ruling coalition, the Barisan Nasional (BN).

I truly hope the rumours are wrong and we will not see a complete reconfiguration of PH. Malaysia deserves better.

Political confusion might appear on the surface, yet the new government cannot act without the right people in place.
Denise Fisher 5 Jun 2018 10:00

Some local leaders are putting short-term political gain ahead of constructive participation in a referendum process.
Chin-Huat Wong 8 May 2020 14:00

Covid-19 has exposed Malaysian politics as a scramble for self-interest. There is a better way.