What happened on The Interpreter this week? 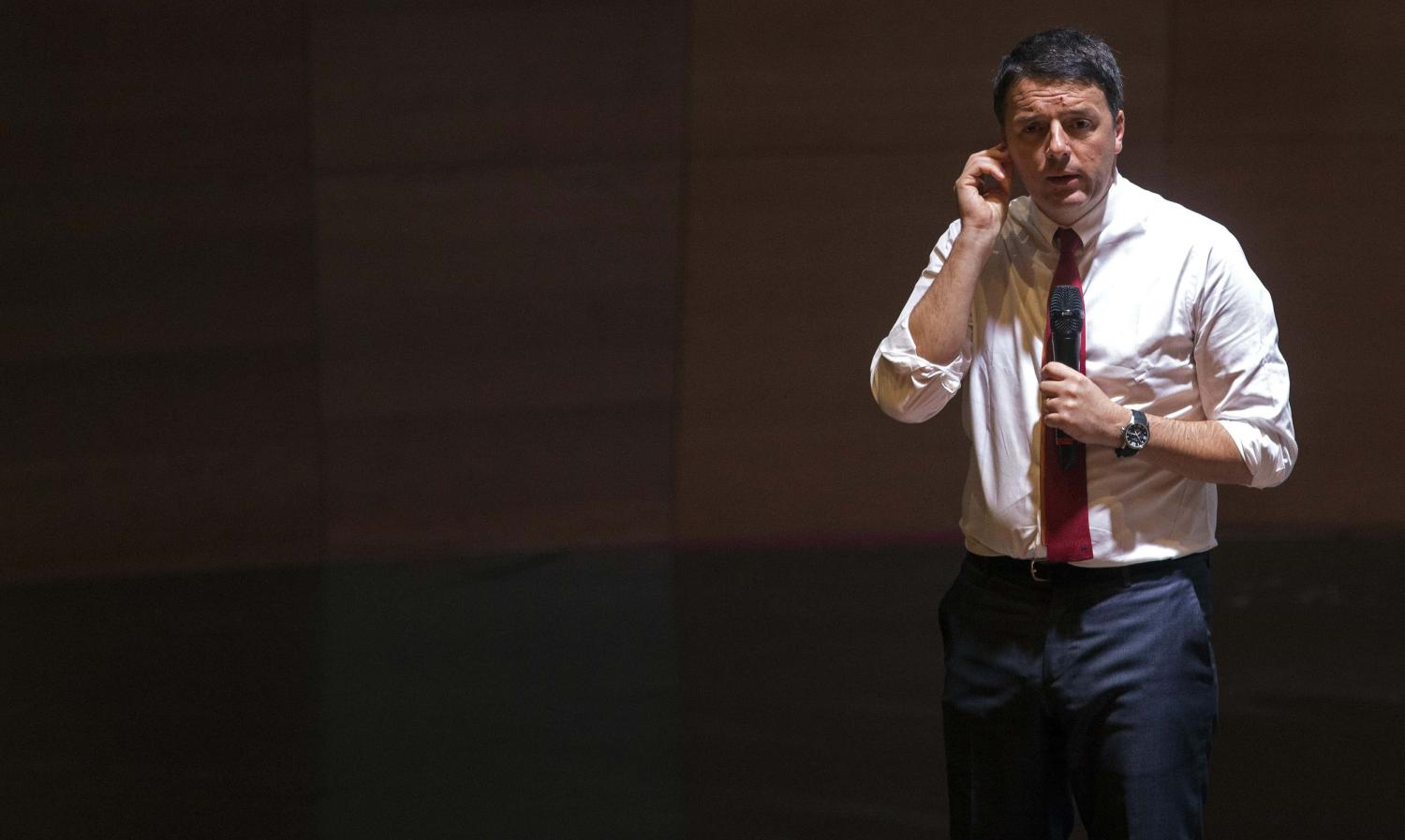 Last weekend it was revealed US President-elect Donald Trump had a phone call with Taiwan's President Tsai Ing-wen, believed to be the first official contact between a Taiwanese president and a US president or president-elect since diplomatic relations were cut in 1979.

It's likely to be Taiwan, not the US, that will face reprisals from China for the contact, wrote J Michael Cole:

This endeavour could come back to haunt the Taiwanese president if it compels Beijing to punish Taiwan, counterbalance early signs of US-Taiwan rapprochement, and blame the crisis (as it has skillfully blamed every crisis before using the many propaganda and political warfare tools it has at its disposal) on the Taiwanese leadership's adventurism.

Edward Cavanough wrote a two-parter on why the US shouldn't weaken sanctions on Russia. In part one he examined the historial context of sanction:

To make sense of their continuation, a broader impact of the economic sanctions must be understood. Russia - determined to consolidate its influence in former Soviet Central Asia - has been significantly constrained in its reach since the Obama administration began its policy of economic coercion.

In part two, Cavanough analysed how President Trump could use sanctions to his advantage:

Trump should realise the sanctions give him leverage. Just like sanctions brought Iran to the negotiating table, so too could Putin be coerced into making deals with Washington. With Russia’s economy still weakening and the Russian presidential election just two years away, a dreary economic outlook could encourage Putin to negotiate on issues central to US interests, such as Eastern European security or even a Syrian peace deal, if the removal or watering down of the sanctions are on the table.

I have often wondered where the world might be if President Bush had picked General Colin Powell as secretary of defense and if Donald Rumsfeld had been secretary of state, rather than vice versa, during the crucial stages of the Iraq war. Powell’s sane advice was ignored and he was frozen out, and the results are there to see.

On Monday New Zealand Prime Minister John Key announced he was resigning after eight years as PM. Robert Ayson wrote on why Key will be missed regionally and globally:

The external timing probably could not be much worse. Many of the world’s liberal democracies are staring down deep divisions over the future of their open societies. That is not the case for New Zealand, and Key’s leadership and his enduring popularity has at least something to do with that. This means that his departure from political life can probably be counted as a blow for the wider Asia-Pacific region. But perhaps Key simply wanted to disprove the old saying that all political careers end in failure.

The day before Key announcement, Italian Prime Minister Matteo Renzi also announced he would resign after his constitutional referendum was roundly dismissed by Italian voters. The result was a shot across the bow of the euro, wrote Matthew Dal Santo:

If Italy’s history since unification teaches those looking to create a European ‘demos’ anything, it’s that you don’t create either a people or a shared sense of the common good by imposing it by threats from above. Regular readers will be aware of my Euroscepticism. Italy is one of the great reasons for it.

The people of Myanmar have always been able to capture complex issues in pithy, often humorous, ways. One joke currently doing the rounds is that, after decades of trying to get into the driver’s seat of the rickety old bus that is modern Myanmar, State Counsellor Aung San Suu Kyi has discovered that the steering wheel is not connected, the accelerator does not work and the passengers all want to go in different directions.

Angela Han analysed why China's economic diplomacy in Southeast Asia has been so effective:

faced with a TPP failure and a world where globalisation and trade are under unprecedented attack, ASEAN countries are searching for alternative means to continue their pursuit of regional development and integration. China offers just that: a development model which embodies the ideas that globalisation and trade need to be managed, not abandoned.

There may be a lesson in Singapore for governments around the world attempting to address xenophobic populism, argued Tim Huxley:

Concluding his speech to the PAP conference last weekend, Prime Minister Lee emphasised that if the party wanted to win future elections, it needed to serve Singapore’s people diligently and never ‘take voters for granted’. This lesson of Singapore’s experience since 2011 is one that governments of other countries challenged by xenophobic populism might usefully note.

Milton Osborne analysed the oddly muted reaction of Thailand, Cambodia and Vietnam at the prospect of Laotian dams potentially endangering the Mekong:

Laos may have won the game in showing that it has been able to build dams on the Mekong and that the Mekong Agreement is a seriously week reed, but in doing so its 'successful' gaming could prove deeply costly for the people of Cambodia and Vietnam.

In 2015, for the first time since the late 90s, global coal demand fell, primarily as a result of a steep drop in demand from China. Sam Geall wrote on the potential risks stemming from China and India sidestepping coal for alternative energy sources

One is that China’s energy-intensive industries find an 'escape valve' for overcapacity in polluting sectors by exporting capital and technology outside China’s borders, driving a carbon-intensive boom in other developing countries. China’s One Belt, One Road strategy that aims to open new markets and supply routes across Central and Southeast Asia and elsewhere - backed partly by new, China-supported financial institutions such as the Asian Infrastructure Investment Bank (AIIB) - runs the risk of aiding and abetting such a trend. For example, Chinese investment has greatly boosted Tajikistan’s cement industry, amid huge overcapacity in the Chinese market. Similarly, loans from Chinese banks have supported coal-fired power plants from Indonesia to Pakistan, Turkey and the Balkans.

Brexit and Trump’s victory have caused a reassessment of economists’ rose-tinted vision of globalisation. Richard Baldwin’s The Great Convergence provides another perspective on what has happened and why it has not turned out to be as universally beneficial as was promised.

Finally, Jonathan Pryke argued against the decision by the ABC to cease its shortwave service in the Pacific, and suggested ways for the national broadcaster to better engage with Pacific audiences:

Weighing the arguments, it is understandable that the ABC made the decision to focus on FM and digital services. But it is profoundly disappointing that such a decision needs to be made at all. The gutting of Radio Australia has already made the ABC’s Pacific broadcasting a shell of its former self. With no other broadcaster poised or incentivised to fill the gap in the Pacific, we are witnessing a serious deterioration of international media engagement in the region.

Links from across the Pacific Islands by The Interpreter team.
Greta Nabbs-Keller 26 Oct 2018 06:00

The stabilising force of shared economic interests could be lost after the crisis, leaving the region more dangerous.