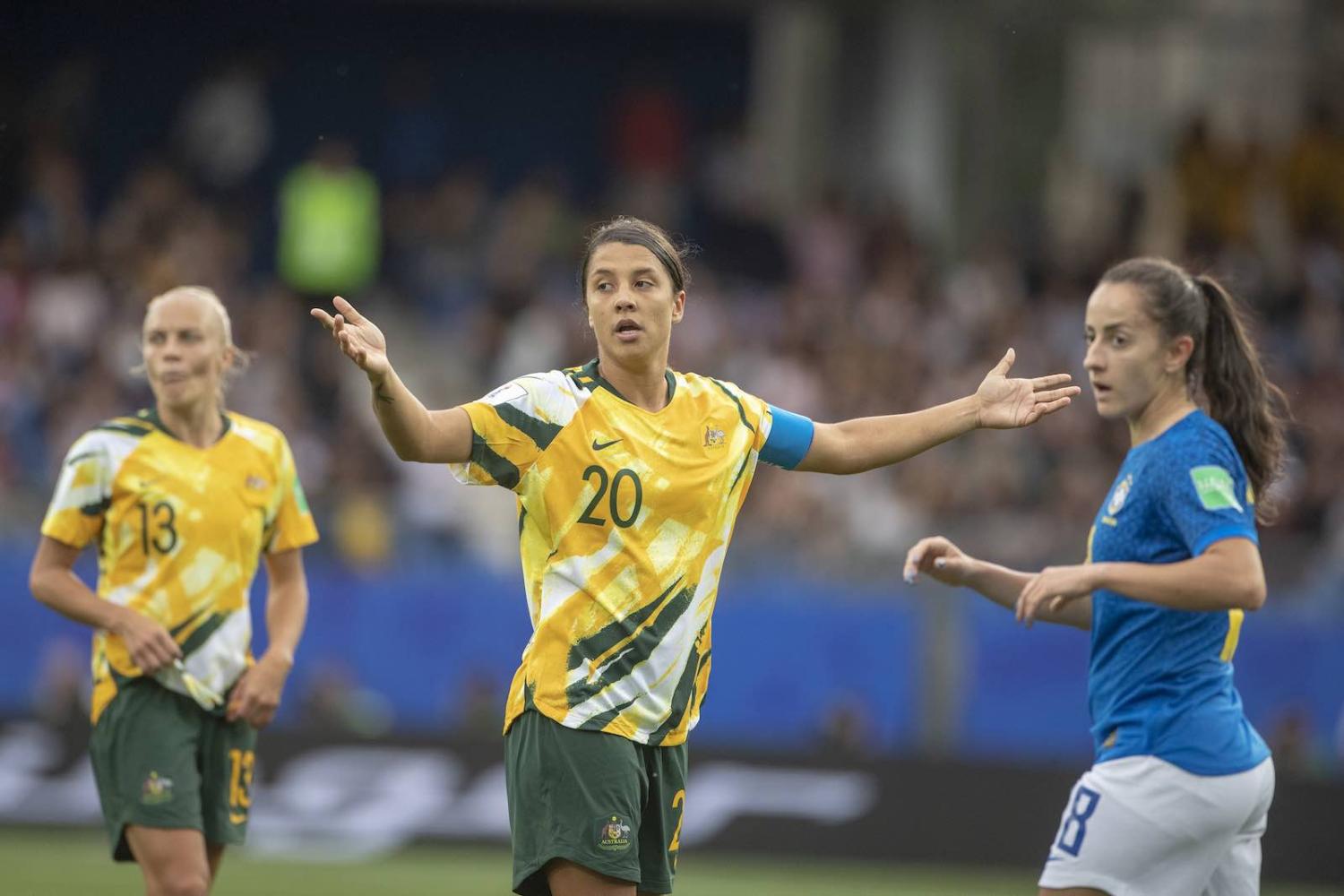 The Australia women’s national soccer team bowed out of the Women’s World Cup this past weekend following a dramatic loss to Norway on penalty kicks. It was the end of a rollercoaster campaign, with the highlight coming from a comeback victory against a Brazilian side led by Marta – whose goal tally at the tournament has further cemented her reputation as the greatest female player of all time.

At the moment, the fastest growing of these relations appears to be with soccer-rich Latin America. Since the founding of Australia’s A-League in 2005, 70 Latin American players have passed through its ranks (a relatively large number given that the league only allows five foreign players per team). In December, Australia will send its under-17 team to Brazil for the FIFA U-17 World Cup. And the day after the Matildas’ game against Marta and company, the Australian men’s team officially accepted a guest spot as participants in the 2020 edition of Copa America, the renowned, 103-year-old tournament of South American nations.

On the announcement, FFA chairman Chris Nikou pointed to both the sporting and the financial potential of the arrangement. “We have been working hard over the last six months to improve our international relationships,” he said. “Our team will benefit from the experience of testing themselves out against some of the best players in the world. On the commercial side, exposing our national team on a global stage has significant upside as well.”

Of perhaps even greater significance, in March it was reported that Australia had just missed out on actually hosting the event. IMG, the commercial rights holders of the tournament, had invited the FFA to submit a bid, and the FFA apparently jumped at the opportunity and impressed a number of South American soccer executives with its submission.

Being only the second nation to host Copa America outside South America would no doubt have proved a major boon for Australia, both in terms of prestige and financially. It is doubtful that Australia could have matched the windfall of United States’ hosting of the tournament in 2016 – the first time it was held outside South America. However, an Australian Copa America would have likely been comparable with Australia’s triumphant turn at hosting the AFC Asian Cup in 2015, which attracted some 650,000 live fans, plus more than a billion people watching on around the world, and added an estimated A$23 million to Australia’s GDP.

While no Latin American country cracks the list of Australia’s top 15 trading partners, the region has been gradually growing in economic import for Australia over the last few decades.

Indeed, much of the interest of South America’s soccer confederation (CONMEBOL) in staging the tournament Down Under certainly stems from the success the 2015 Asian Cup and, more broadly, Australia’s potential to open it up to the exploding soccer market in East Asia. According to a spokesperson of the FFA, officials of CONMEBOL found its bid appealing not only because of Australia’s track record of hosting international sporting events since 2000 but, crucially, because of its “competitive time zone for accessing new markets and boosting the profile of the tournament worldwide.” There is little doubt that CONMEBOL would be interested in putting its tournament in a time zone accessible to the 950 million Chinese viewers that reportedly watched the 2015 Asian Cup.

Although an Australia-hosted Copa America did not materialise, the invitation to send the Socceroos to the tournament itself speaks to the enduring interest on both sides of the South Pacific for a mutualistic soccer-business relationship.

Importantly, the expansion of this relationship comes at a time of an overall deepening of economic ties between Australia and Latin America. While no Latin American country cracks the list of Australia’s top 15 trading partners, the region has been gradually growing in economic import for Australia over the last few decades. In 2016-2017, the value of trade between the two totalled $11.1 billion, an eightfold increase from 1990 – which is a higher growth rate than Australia’s trade growth rate with the rest of the world.

Moreover, while the two sides have traditionally lacked sufficient “complementarity” in their trade – meaning they have been seen as competitors in exporting primary products such as agricultural goods and minerals – this too has been changing. As both of their economies have become less reliant on basic commodities and more based on services (such as travel and education) and manufactured goods (such as machinery and mechanical appliances), they have been diversifying their trade with each other.

The wider economic opportunities of expanding Australia’s brand in Latin America and Latin America’s brand in Australia have not been lost on the FFA. The federation reports having met with a number of Latin American ambassadors in Australia as well as the Department of Foreign Affairs and Trade for exploratory discussions on how the growing soccer relationship might be leveraged for commercial ends.

While a strong showing in the upcoming tournaments would no doubt underscore Australia’s place as a growing soccer power, from a financial perspective, simply being invited to the game already feels like a win.

Previous Article
Australian PM talks US China tensions ahead of the G20
Next Article
The Pacific: pinching pennies doesn’t make for policy longevity

John Ikenberry takes a long view of the success and failures of efforts to make “a world safe for democracy”.
Biren Nanda 21 May 2020 07:00

Strained ties with Washington are driving Beijing to reach out to New Delhi. But the gap is wide.
Frank Jotzo 4 Jun 2017 18:25