Australians might be wary on aid but are far more alert to the region’s biggest security concern in climate change. 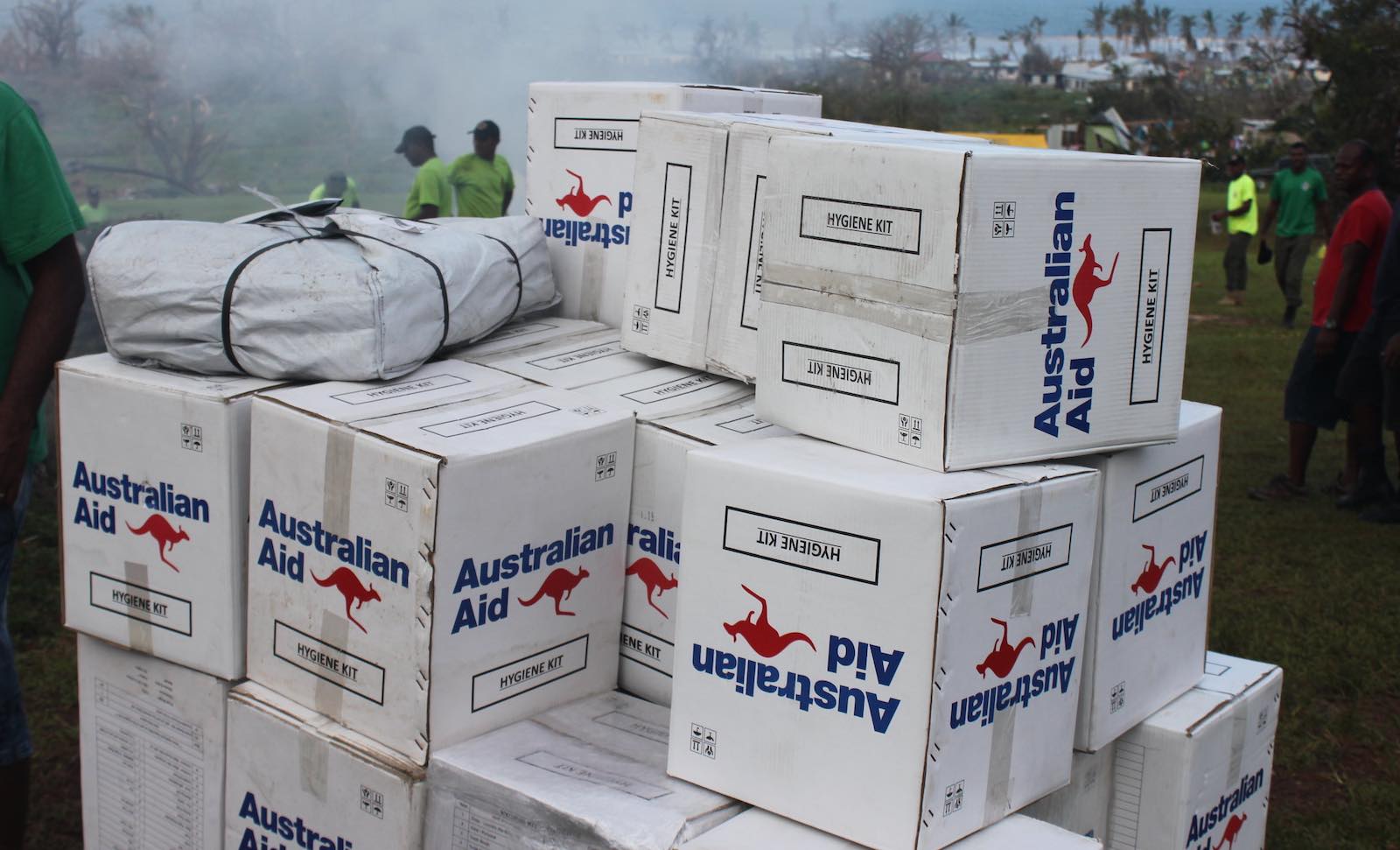 When it comes to “stepping-up” in the Pacific, Australians get the what, they get the who, and they get the why. But they still have a long way to go before they’re convinced that spending more on foreign aid is in the national interest.

Attitudes towards the Pacific revealed in the Lowy Institute Poll show Australians taking a pragmatic if parochial approach to foreign policy in the region.

Australian are broadly supportive of increased engagement. They agree there’s a moral obligation to help the region (77%) and – encouragingly – they believe Australia’s aid is making a difference. (60% disagree that aid has little impact on the Pacific).

Australians are also strongly on board with attempts to stymie increased Chinese influence in the region (73%). They support (54%) a plan to extend Australia’s regional military presence with a joint base with the US on PNG’s Manus Island. More than three quarters of Australians (77%) would happily send their soldiers to prop up a troubled nation in the region.

But as for spending more money to help the development of their neighbours – and other countries around the world?

The answer is a resounding no, thanks. Only 49% believe Australia should spend more on aid in the region – and 48% disagreed.

Nothing in the government’s current approach is likely to persuade them otherwise.

Australians are getting the step-up they support, and they don’t seem to be worried that paying for it means standing down elsewhere.

Only 17% of respondents would spend more on foreign aid, if they were in charge of the federal budget. More than a third of respondents believe that aid actually hurts the Australian economy, and 40 percent believe it makes no difference to our national security.

That’s despite 70% of them believing that foreign aid helps Australia’s relations with other countries.

It’s a confused and short-sighted approach. A lot of this is driven by misperception about how much Australia actually gives. As has been noted when assessing previous Lowy Institute polls, Australians believe we are a generous nation, and that we are already doing enough.

It’s a confused and short-sighted approach, driven a lot by misperception about how much Australia actually gives.

The reality, however, is that Australian aid is miserly by any measure you look at. The Australian NGO community and other aid advocates do their best to champion this reality, but they are drowned by the much more powerful soapbox of federal parliament. It’s incumbent on politicians to convince people of why aid matters, and why Australia needs to be doing more.

Australia does have significant foreign policy priorities in the Pacific – but it also should have a voice in other global issues. A rich, developed economy should be able to support its nearest neighbours, and also other countries that can benefit from help. Confining development assistance to the immediate region may provide some fiscal relief for other parts of the budget. But it won’t go un-noticed globally.

Australia’s ability to bring more like-minded partners into the region to support its step up will be tricky if it’s seen as not pulling its weight (or even turning up) to help with global development challenges.

The Lowy Institute Poll shows that while Australia’s approach to the region is broadly supported by the public, there’s one area where the public and the government are wide apart: climate. Australians have identified in this survey that climate change is a critical threat to their national interest.

The same assessment has been made by Pacific leaders who made the threat from climate change the focus of last year’s Boe declaration.

For Australia, the job of building a stronger, multi-faceted and robust relationship with the region benefits from the renewed focus of the step-up. Having a coherent, credible climate policy will make that task a lot easier.