Renzi’s fall is destined to have repercussions in Europe for various reasons, including the stability of Italy's banking system.

Renzi’s fall is destined to have repercussions in Europe for various reasons, including the stability of Italy's banking system.

Italian banks are burdened with €340billion of non-performing loans. Last spring the Renzi government engineered a public-backed, private-funded mechanism to recapitalise banks in distress. This mechanism, however, is insufficient to save banks as hugely indebted as Monte de’ Paschi de Siena (MPS), which need special arrangements. If MPS collapses, the whole banking system could be infected, with dire consequences for the economy, the state’s capacity to service its debt and, by association, the stability of the eurozone. Italian President Sergio Mattarella, who has the constitutional power to appoint the next prime minister, understandably wants a government in office as soon as possible.

This government will be in a very weak position, however. MPS will need some form of state help. Eurozone rules allow that only on a temporary basis, meaning losses will ultimately have to be absorbed by shareholders, bondholders and eventually depositors too. This is unlikely to please the public. Adding to that, next year’s budget is expected to cut public spending, given the need to comply with eurozone tight fiscal rules, which will have a depressing effect on Italy’s already anaemic growth performance.

No wonder then that Renzi was unwilling to stay on as prime minister. In his stead Mattarella faced the choice of asking an ally of the former PM from Renzi’s centre-left Democratic Party (PD), such as Renzi's foreign minister Paolo Gentiloni, or a technocrat like economy minister Pier Carlo Padoan, a former IMF and OECD official, to calm markets and reassure Italy’s eurozone fellow partners.

Neither option was likely to go down well with the public. Italians have not seen a prime minister who could claim to have an electoral mandate since the 2013 general election (Renzi himself got to power through inner-party manoeuvering in early 2014). And before that, they went through the painful experience of austerity-driven policies enacted by a technocratic government. In short, there is very little appetite for anything less than a government legitimised by a popular vote. It is plausible then that Italy will have a new election sometime in the first half of 2017.

Yet there is a complication. The electoral law for the Senate, Italy’s upper house, assigns seats proportionally. In contrast, the system for the House of Deputies, which Renzi changed in the expectation that voters would approve of his plans to deprive the Senate of most of its powers, gives extra seats to the winning side. President Mattarella will be extremely reluctant to call snap elections unless the electoral system is harmonised. How this will happen will have a huge impact.

Were parliament to opt for a proportional system, parties will have to build coalitions to rule. This would block the pathway to government for Italy’s largest Eurosceptic party, the anti-establishment Five Star Movement (M5S), which is adamantly opposed to alliances. Yet it would also force mainstream parties to form a large but predictably fractious left-right coalition, as polls assign the M5S at least a third of votes.

Unsurprisingly, the M5S is now lobbying to extend the House’s majoritarian law to the Senate, counting on the PD’s difficulty in opposing an electoral system it championed up until last week. If the PD were to accept this proposal, three scenarios could eventuate.

The first scenario is a PD-dominated majority. This would ensure continuity with Renzi’s actions, meaning that Italy would keep fighting to gain greater flexibility in the application of eurozone budgetary rules but would remain a largely pro-EU, Altanticist country.

The second scenario is a coalition between former PM Silvio Berlusconi’s centre-right party and the anti-EU, anti-immigration Northern League. This government would likely espouse a largely Eurosceptic discourse and resist attempts at greater intra-EU cooperation, but would be unlikely to take radical steps that could provoke a full-blown crisis in Italy-EU relations. It would retain Italy’s longstanding commitment to the alliance with the US but would also push for a normalisation of relations with Russia.

The third option is an M5S government. While not anti-American per se, the M5S has shown little commitment to NATO and has called for the lifting of sanctions against Russia. More importantly, the M5S has pledged to hold a referendum on the euro, which might cause havoc in Europe. Whether the M55 would indeed carry out all its promises is uncertain, considering the enormous risks for Italy’s economy associated with leaving the eurozone. But the stage would be set for a crisis in Italy’s relations with the EU the magnitude of which we have not seen before. 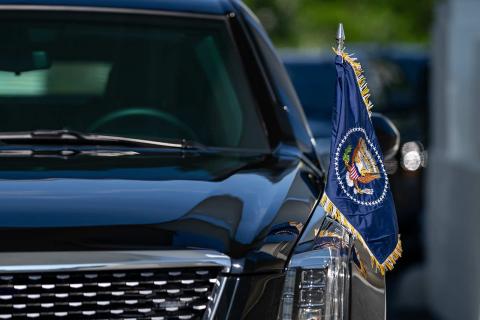 Labor’s Shorten has a domestic focus, but he has left space for independence in navigating major-power relationships.
Bermet Talant 1 Mar 2022 06:00

Ukraine’s open approach is a stark contrast to the Kremlin’s secrecy around its invasion.
Frances Kitt 11 Sep 2017 16:41