Imported food has an environmental cost. And a nationwide effort is needed to drastically cut the amount discarded. 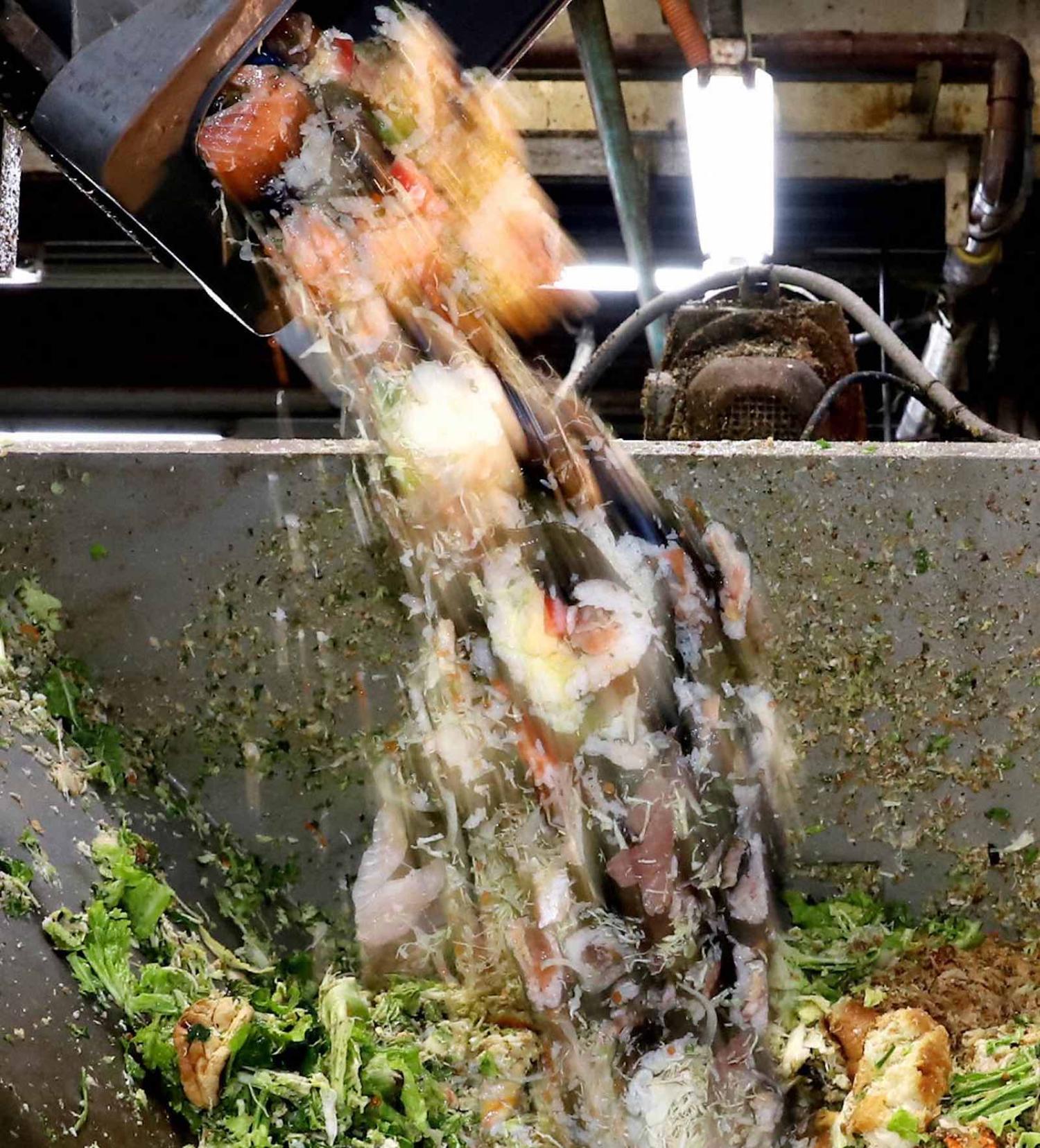 Beyond the environmental cost, disposing of food waste amounts to a massive economic burden on the Japanese public sector (The Asahi Shimbun via Getty Images)
Published 26 Jul 2022

Japan is famous for its “mottainai” culture, often translated as “what a waste!”, which encourages people to reduce what is discarded from their everyday lives. At the same time, Japan’s government, as well as the country’s private sector and citizens, are struggling to reduce the most ubiquitous wastage – food loss and waste.

In the 2019 financial year, the Ministry of Agriculture, Forestry and Fisheries (MAFF) and the Ministry of the Environment (MOE) reported that Japan produced 5.7 million tons of “food loss and waste”. It was produced either by households (3.1 million tons) or businesses (2.6 million tons) and amounts to 45 kilograms per citizen per year. The estimate showed that the total amount decreased 5.2 per cent from the previous fiscal year and was down about 12 per cent compared to seven years ago.

To discard food is to waste energy – both used at the production and waste stage.

However, such statistics need to be put in proper context. Japan’s food waste from households is estimated by applying valid results answered by municipalities to the whole country. The MOE reported that municipalities with smaller populations often skip this time-consuming process, meaning that the current statistics may focus too heavily on the results from big cities.

The Sustainable Development Goals adopted at the 2015 United Nations Summit propose to halve global food waste per capita by 2030 (SDG 12.3). In support of this ambition, Japan aims to halve its food loss and waste by 2030 from the 5.5 million tonnes recorded in 2000. This target was stipulated in the country’s 2019 food recycling law. While food loss and waste seems to be decreasing in the country, there is still a long way to go to achieve this goal.

In addition to the global consensus, the country has its own motivation to tackle the challenge. Incinerating food waste amounts to a massive economic burden on the Japanese public sector, with municipalities spending millions every year to process non-industrial waste, including food scraps.

Indeed, to discard food is to waste energy – both used at the production and waste stage. Dumped food that contains water emits carbon dioxide during the incineration process. Considering the waste as biomass, MAFF promotes recycling it through methane fermentation.

Japan’s low calorie-based food self-sufficiency rate is another incentive. With transportation, imported food tends to waste more energy than domestically produced food. MAFF’s food mileage indicator – which measures the amount of imported food multiplied by the distance from where the food is produced – underlines this tendency. Japan’s food mileage is considerably higher than other countries due to Japan’s geographic remoteness.

To meet the Sustainable Development Goals, the Japanese government established two acts regarding food loss and waste: the Food Recycling Law in 2000 targeting business operators and the Act on Promotion of Food Loss and Waste Reduction in 2019. Regarding “food loss reduction as a national movement”, the latter encourages Japanese citizens to take sustainable actions.

Based on these legal frameworks, the Japanese government started reviewing the country’s commercial practices to reduce food loss and waste. One of the initiatives was to extend the country’s notoriously strict best-before date so that retailers can sell food for a longer period.

There are signs that Japanese consumers are becoming more conscious of food loss and waste.

Another initiative was to review the country’s so-called “one-third rule”. It required wholesalers to discard products that failed to be delivered to retailers within the first third of the period between the production and best-before dates. The government’s proposal was to extend this deadline until the first half of the period.

Consumer-oriented grassroots efforts to reduce food waste in the country have followed more conventional approaches. Food banks and community fridges offering donated vegetables for free to those in need are gaining popularity. The economic consequences of the Covid-19 pandemic have increased demand for the food distribution.

There are signs that Japanese consumers are becoming more conscious of food loss and waste. According to the Japan Finance Corporation survey, nearly 60 per cent of consumers take actions to reduce food waste, such as making plans for grocery shopping rather than impulse buying. Generational differences also appear to explain this shift in consumer consciousness. The Consumer Affairs Agency found that more than 90 per cent of consumers over 70 years of age are familiar with a concept of food loss and waste, but it remains around 65 per cent for young consumers in their 20s.

Efforts to reduce food waste and loss in Japan are gaining momentum. Nonetheless, the country requires a further commitment – from government, the private sector, and individual citizens – to meet a global goal of halving food waste by 2030.

The common view was that the Asian countries, like Icarus, had flown too close to the sun in their hubris-fueled growth and had crashed back to earth.
Greg Earl 10 Aug 2017 17:18