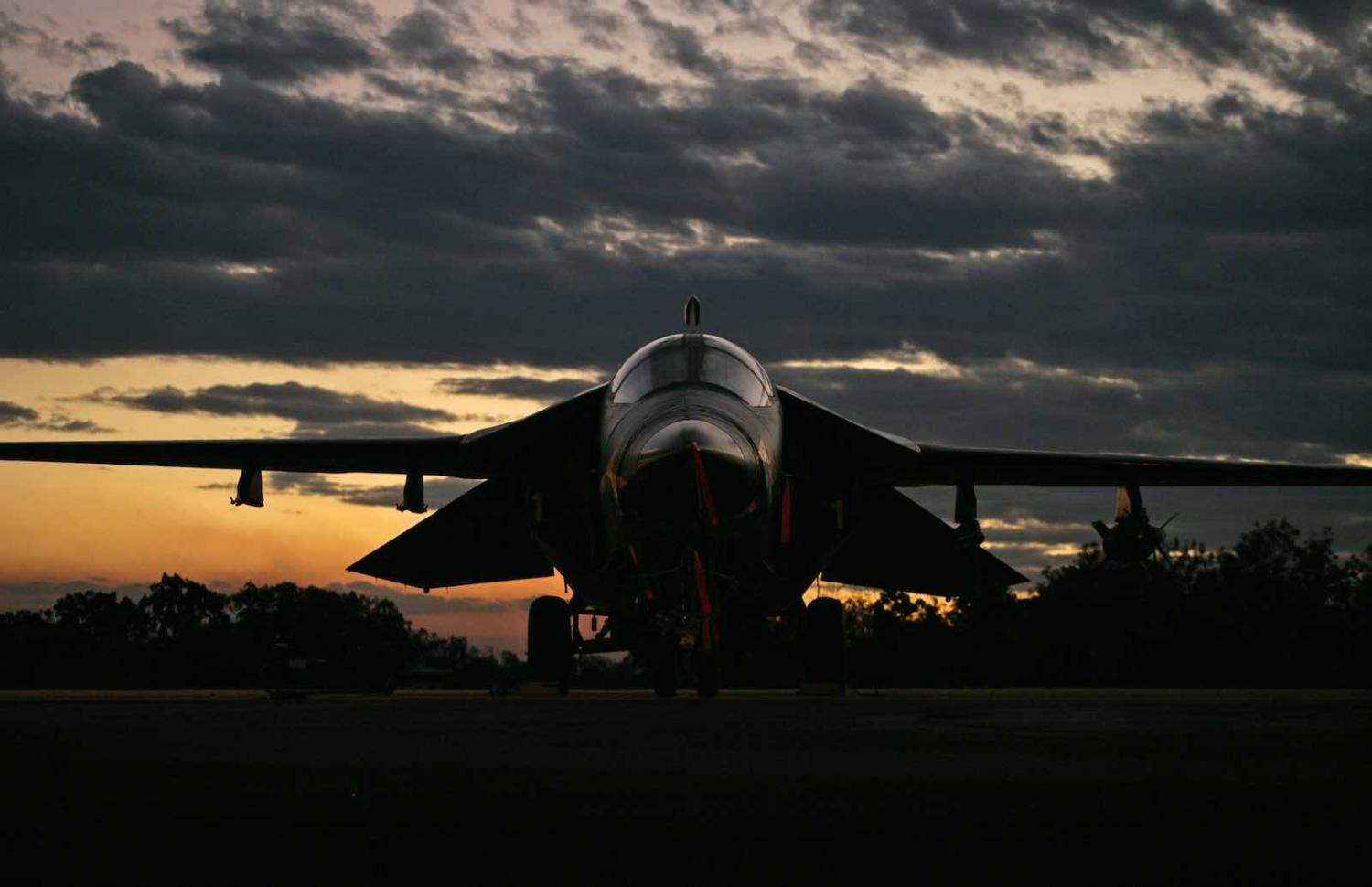 The Menzies government decided in 1963 to order the F-111 bomber because it wanted a deterrent against Indonesia (Photo: Department of Defence)
Published 25 Nov 2019     Follow @SamRoggeveen

As every university student learns in their first-year international relations course, there is no global cop, no enforcer to make sure every country plays by the rules. It’s anarchy, every country for itself. The big ones build military forces to protect their territory and interests. The small ones rely on bigger countries for protection, and middle powers such as Australia do a little of both.

But there’s a snag. Because whenever Country A builds up its military forces or forges a new alliance to improve its security, Country B suddenly feels threatened, and responds with measures of its own. Country A then thinks that the security it gained earlier has been eroded, so it counters again. And so on.

It’s called the “security dilemma”. Security, in the international realm, is zero-sum, meaning that the more secure I am, the less secure my neighbours will be. States are engaged in an endless struggle which, even if each one is motivated solely by the desire to make themselves more secure, may actually make them and their neighbours less secure.

In many cases, states will settle for a certain level of insecurity on the assumption that their neighbours will do the same. It’s an implicit bargain ensuring that none need bankrupt themselves through military spending.

So far, so theoretical. In practice, does it really work that way? Sometimes, yes. The classic examples are the Cold War arms race, and Britain and Germany before the First World War.

Often, however, states can avoid the worst manifestations of the security dilemma. After all, not every country in the world is on the brink of war with its neighbours or constantly engaged in an arms race. In many cases, states will settle for a certain level of insecurity on the assumption that their neighbours will do the same. It’s an implicit bargain ensuring that none need bankrupt themselves through military spending.

States can also take the edge off the security dilemma through their diplomacy, and by changing the way they seek security. For instance, not all military weapons are alike – if one country wants to defend itself against a tank-led invasion force, it can either buy tanks of its own or it can lay anti-tank mines. The former will trigger the security dilemma, because the other side may believe those new tanks are an offensive capability, not a defensive one. Anti-tank mines send a different message, because they are harder to use for offensive purposes.

The security dilemma is also avoided when one side, usually the poorer one, simply resigns itself to being vulnerable. Such countries take on more risk that coercion and military violence will be used against them, and they have less capacity to resist the demands of larger powers.

Consider the Menzies government’s 1963 decision to order the F-111 bomber because it wanted a deterrent against Indonesia. Australia took delivery in 1973, and the F-111 then served until 2010. Yet in that whole period neither Indonesia nor any other regional state responded by fielding a bomber that could hit Australia. Indonesia did have 26 Soviet-built Tu-16 bombers, but only from 1961 to 1970, and they were never replaced.

Australia’s regional neighbours, however, are becoming richer, and because their populations are large (especially China and Indonesia), they are set to claw back the advantage Australia has enjoyed in the post–Second World War period. As Paul Keating said in a recent speech:

the industrial revolution broke the nexus between population and GDP … globalisation … has restored that nexus. Population is now again the principal driver of GDP.

That means Australia needs to think about the security dilemma in a way it hasn’t had to before. When our neighbours are rich, they will have the capacity to respond to the moves we make to improve our security if those moves make them feel less secure. They will no longer have to resign themselves to military vulnerability.

Which brings us to the contemporary Australian debate about bombers. Two retired Air Force chiefs recently called for Australia to think about a new strategic strike aircraft, and Marcus Hellyer at ASPI says Australia should consider a squadron of B-21s, a new stealth bomber the US is developing. The B-21 will have 5000 kilometres of range and will be designed to penetrate China’s sophisticated air defences.

But Australia needs to think about this issue differently than when it ordered the F-111. If we buy bombers that can reach China, for instance, we will need to assume that whatever we can throw at China, it can throw back at us, plus the kitchen sink.

Hellyer acknowledges that “bombing a nuclear-armed power’s homeland is asking for trouble”, so he suggests the B-21’s mission could be confined to targets “within a 3000- to 4000-kilometre radius of Australia”. But how would China know that we were imposing such limits? We could tell them, but why would they believe us?

The alternative is to buy shorter-range bombers that can’t reach China, though as Hellyer says, they are in short supply on the arms market right now. But more to the point, we shouldn’t only be thinking about China. Indonesia is a friend, but Australia’s relations with Jakarta are volatile and erratic. You might argue that this volatility is reason enough to buy new bombers. That logic might have made sense in the Menzies era, but Indonesia could have the fourth-largest economy in the world by 2050. Any arms competition we trigger now is not likely to turn out well for us over the long term.

None of this is to say that Australia should give up trying to defend itself. We should just do it in a way that takes the sharpest edges off the security dilemma.

Previous Article
A verdict on justice in a land of impunity
Next Article
Australian civil-military relations: Who guards the guardians?

The Rohingya tragedy: Time to talk to the Tatmadaw

We need to consider opening a direct dialogue with the Tatmadaw. We must be willing to hold our noses and deal with the military generals.
Iain Henry 23 Oct 2018 13:30

The US may have to adjust its goals and means to obtain full allied support for its China policy, and what about Trump?
Milton Osborne 25 Jun 2019 14:00