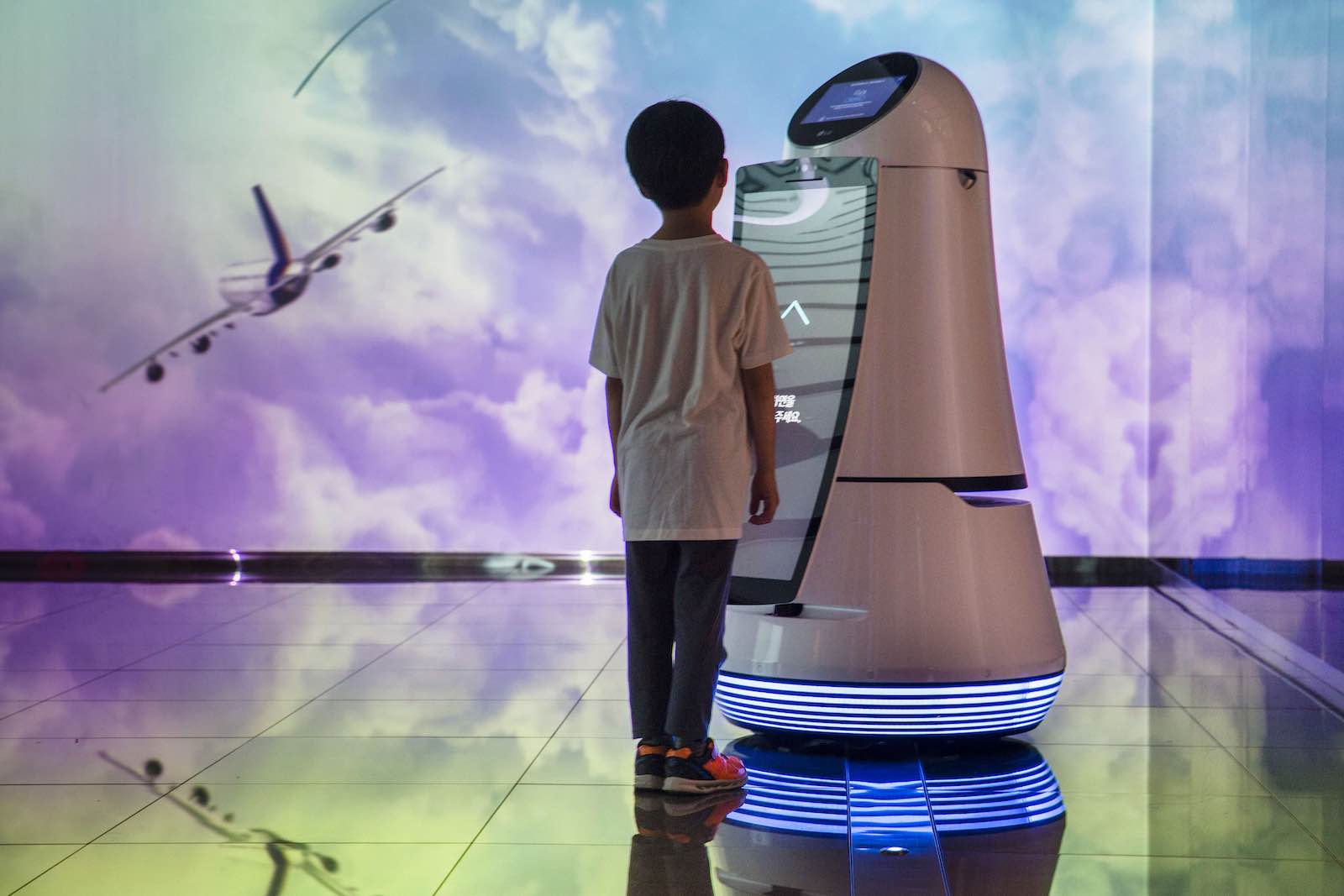 South Korea is the perfect arena for the field of Artificial Intelligence to flourish. Plenty of talent and capital has been set aside for scientific research and development, the country has the advantage of stable government, while an aging demographic profile presents an opportunity for the technology to be deployed to help meet the challenges of an older population.

The Moon administration has reinvigorated the Korean science and technology community in its first three years, demonstrated by activating the first 5G network in April 2019 and the proposed Defense Reform 2.0 for a smaller, yet smarter military. South Korea’s Covid-19 response has also added another success in this arena.

President Moon Jae-in has made technology a showpiece of his first term, with AI a crucial element. A research and development strategy for AI was launched in May 2018, followed by a System Semiconductor Strategy in April 2019. In October, he launched a National Strategy for Artificial Intelligence, cementing South Korea in an elite group of nations that have focused industrial and educational efforts on the potential opportunities in the field.

The cases listed for the potential use of AI in the recent strategy document offer an answer to some of the biggest challenges confronting Korean society.

South Korea isn’t alone. As always, China and Japan are the rivals in the region, and much of this has had potential military application. An underlying tone of Defense Reform 2.0 also emphasised Moon’s intent for the South Korean military to be less dependent on US forces, who maintain the edge on AI. Yet even without these peers, South Korea has plenty of incentive to make a move on AI independent of any national security concerns.

In fact, the cases listed for the potential use of AI in the recent strategy document offer an answer to some of the biggest challenges confronting Korean society. A comparison was made of the various AI strategies among the “major global players” (US, China, Japan, Germany, UK, and France) across major governmental intervention points such as education, defence, employment, and industry. When launching the South Korean strategy, Moon was quite expansive about his ambition for the technology, and the opportunity for AI solutions to the problems confronted in contemporary South Korea:

The advancement of AI will lead humanity into a world never experienced before. AI will not only affect industrial sectors but also solve many issues facing our society: public health in an aging society, welfare for senior citizens living alone, the safety of women living by themselves, and the prevention of crimes that are becoming more sophisticated.

Such a list is not exhaustive but is illustrative of the domestic political realities Moon has also been forced to address. The local media has been relentless in making sure that his presidency remains focused on issues of inequality that had been previously absent under predecessors. Assisting an aging population is a case in point, shown by the following case studies of potential AI application.

Take the first use, where a chatbot talks to the elderly when they do not speak for 30 minutes, and calls a guardian if the elderly person does not move in five hours. Abuse of the elderly is a hot topic in Korea, where people over 65 years of age make up 15% of the population. This proportion will peak in 2024 with the elderly comprising 19% of the projected 51.3 million person population – some 9.7 million.

A strong correlation between homelessness and the elderly has also put pressure on the Moon administration’s social welfare plans. With the election on 15 April, the population is almost-evenly divided on Moon’s prospects, and more than a fifth of that voting populace are elderly citizens.

The second use shows AI helping a user learn English: a notorious subject on Korea’s College Scholastic Ability Test, better known as suneung (수능), where success can equal significant upgrades in life choices. For young men, a successful English test can mean serving their two years of conscription as a KATUSA (Korean Augmentation to the United States Army) – a branch of the Korean military which allows 2000 South Koreans per year to have more privileges than their counterparts serving in South Korean military units. KATUSA status is controversial in South Korea due to its perception of rewarding students who can afford an English tutor, whilst poorer students accept the reality of regular conscription.

Despite the reduction in KATUSA intakes and military personnel requirements over coming years, AI is presented as an opportunity to close the gap for English learners, regardless of their socio-economic status.

Aside from socio-economic inequality, Moon’s presidency has also seen initiatives to combat gender inequality, particularly where violence or crime is concerned. Last year’s public treatment of Yoon Ji-Oh, eclipsed only by the Seung-Ri “Burning Sun” scandal, as well as the reporting of a Telegram sexual blackmail ring, have challenged Moon’s administration to implement reforms that to clean Korea’s image of ongoing gender discrimination. The fifth use case illustrated, an AI “which wipes tears from the eyes of victimized women”, is a poorly translated metaphor – it technically deletes illegal images endeavouring to reduce the online bullying linked to Korean suicides.

These AI use cases are a glimpse of the future the Moon administration wants to implement through policy: an increased intervention in social issues that matter more to the Korean public than the global focus on inter-Korean relations or trade wars with Japan. Moon has been let down by the underwhelming North Korean response to his diplomacy, with his approval rating in declined since the Panmunjom Agreement. But a rebound from his administration’s relative success in tackling Covid-19 will only accelerate AI use cases in South Korea, to deliver technological solutions answering the issues of today. No matter where domestic power shifts, South Korea will be an AI powerhouse this decade.