Pacific Islands nations are isolated, so that helps. But Tajikistan and Turkmenistan? North Korea? Lesotho? Really? 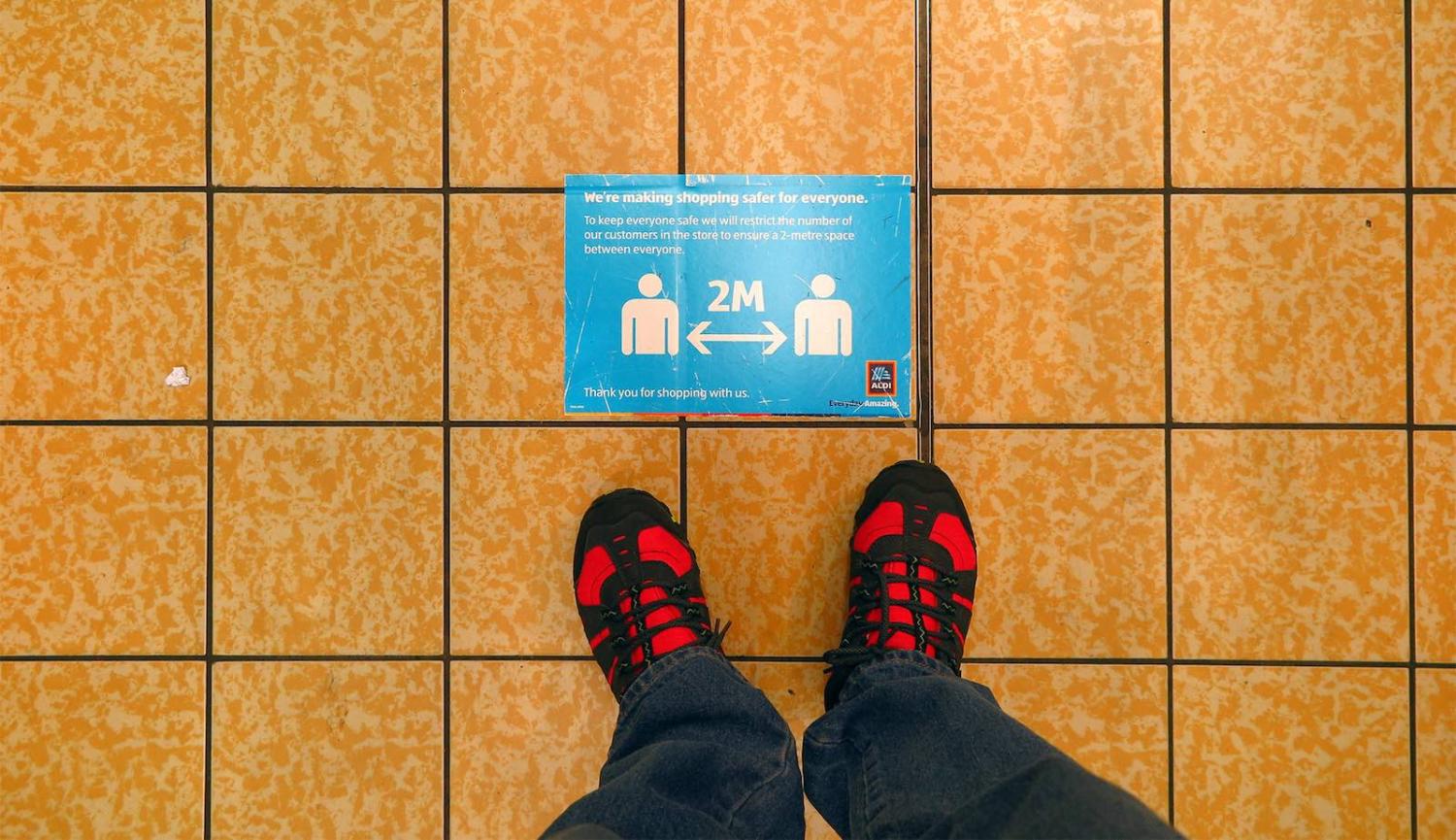 The virus warnings are everywhere, yet in some places it is apparently nowhere (Tim Dennell/Flickr)
Published 14 Apr 2020

From its origins in Wuhan mere months ago, Covid-19 has literally travelled as far around the world as possible. On the other side of the globe, Wuhan’s antipodal point sits in Córdoba Province, Argentina, which recorded three deaths from the virus in early April. The number of countries with coronavirus cases easily outweighs the number without.

As epidemiologists’ world maps become increasingly blotched with the growing number of infections, those rare unblemished areas stand out all the more. How can there be 15 UN member states without confirmed coronavirus cases?

For some, geographic isolation and pre-emptive border controls have helped. Others are victims of repressive domestic leadership – downplaying the extent of the crisis to project success – or political deadlocks that distract from testing.

With so few states recording no positive cases, examining some of the local politics and policies helps to explain what is either limited transmission or creating dangerous uncertainty around actual case numbers.

The Comoros is a small, seldom-visited Indian Ocean archipelago. The World Health Organization is active in the country, assisting the government to check for symptoms in Chinese visitors since January. On 17 March, President Azali Assoumani introduced restrictions on event sizes and quarantine measures. Nine days later, he added the closure of all mosques, no mean feat in the Muslim-majority nation. By early April, around 250 Comorians had been quarantined, and only people displaying symptoms were being tested. One Comorian doctor suggested widespread use of anti-malarial drugs contributed to the country’s resilience.

Also reporting zero cases is Lesotho, home to two million people enclaved within South Africa, despite hundreds of cases in neighbouring South African provinces. The country’s parliament has been in turmoil since February, when Prime Minister Tom Thabane was charged for murdering his first wife. Lesotho’s embattled government barely addressed Covid-19 until 10 March, announcing the cessation of foreign trade, with closure of non-essential services following a week later. By late March, the government announced several suspected cases – one of whom reportedly died before test results were known - although the latest figures still indicate zero positive cases. Despite Alibaba co-founder Jack Ma’s donation of 20,000 test kits, Lesotho may lack compatible equipment to operate them.

The small island developing states of the South Pacific are among the world’s most isolated countries, yet given their lack of health infrastructure and intensive care units, an outbreak of Covid-19 could place them under enormous strain. Fortunately, 10 such countries are still yet to report any cases.

Kiribati and the Freely Associated States (Marshall Islands, Micronesia, and Palau) announced restrictions on immigration and travel from China in the early stages of the spread of the virus. By March and April, Nauru, Samoa, Solomon Islands, Tonga, Tuvalu, and Vanuatu implemented stringent measures on air and water travel from “high-risk countries”.

In spite of the immediate reaction of the Pacific Islands, the devastation of Tropical Cyclone Harold has led to the easing of rules of social distancing and isolation.

Easily the most populous country on this list, and the closest to Wuhan, North Korea claims to be completely free of Covid-19 cases. While the country’s pariah status may strengthen this claim, China provides a well-documented lifeline for trade and tourism, prompting an early response as North Korean tour operators banned foreign tourists on 22 January. A state emergency was declared one week later, including a one-month quarantine period for anyone entering from China. Thousands were “forcibly” quarantined in subsequent weeks.

Several of these countries have high levels of corruption, and would rather withhold data than be perceived as incapable of handling the outbreak within their sovereign borders.

Even as Kim Jong-un called for further testing and travel restrictions, he continued to report zero positive cases. Kim’s authoritarian regime affords him much control over the narrative, letting him conceal the extent of any outbreak from international audiences. Despite unconfirmed reports that hundreds of North Korean soldiers died from Covid-19, Kim attempts to assert invulnerability.

In March he sent well wishes to virus-plagued South Korea and resumed launching missiles into the Sea of Japan. As recently as 7 April, North Korea reported to the WHO that Covid-19 testing in the country is ongoing, with 500 people in quarantine, and over 700 negative test results. Experts doubt this purported immunity, fearing the pandemic may exacerbate North Korea’s extreme poverty.

Ranking at 153 and 165 for levels of corruption, Tajikistan and Turkmenistan have hardly been frank with their respective populations on the matter of Covid-19. The severity of the virus has been diluted in official Tajik and Turkmen government statements and media outlets. This is evident in Tajikistan’s refusal to halt the Tajikistan Football League, despite major football leagues, such as the English Football League, Premier League, and UEFA being cancelled.

In Turkmenistan, individuals have been arrested for openly talking about the virus and it is illegal to wear masks in public. The government has gone a step further in removing any reference to coronavirus from health pamphlets, schools, universities, offices, and hospitals. In spite of all the efforts of the Turkmen government denying any cases of Covid-19, it is clear that there have been some restrictions put in place at the local level. These include checkpoints along highways and mandatory checks of temperatures of people taking public transportation. This could be an indication that two individuals who were put in quarantine in March potentially contracted Covid-19. However, the Turkmen government continues to deny any reports indicating otherwise.

Despite these 15 UN member states reporting no outbreak of COVID-19, this statistic likely downplays the true extent of the pandemic.

Several of these countries have high levels of corruption, and would rather withhold data than be perceived as incapable of handling the outbreak within their sovereign borders.

Small islands that implemented strict travel restrictions have a stronger claim to being coronavirus-free. However, these countries are more susceptible to community spread of the virus as a result of poor health infrastructures – their difficulties with accessing and operating testing equipment remain a cause for concern.

Pyongyang is taking a high-risk, high-reward approach to its engagement with the US.
Cameron Sumpter 11 Jan 2018 12:35

Why neighbourhood policing is critical to preventing terrorism

The value of neighbourhood policing in countering violent extremism goes beyond the collection of intelligence.