Even in a social media age, substance trumps style. There are lessons for Canberra in Ottawa’s Security Council failure. 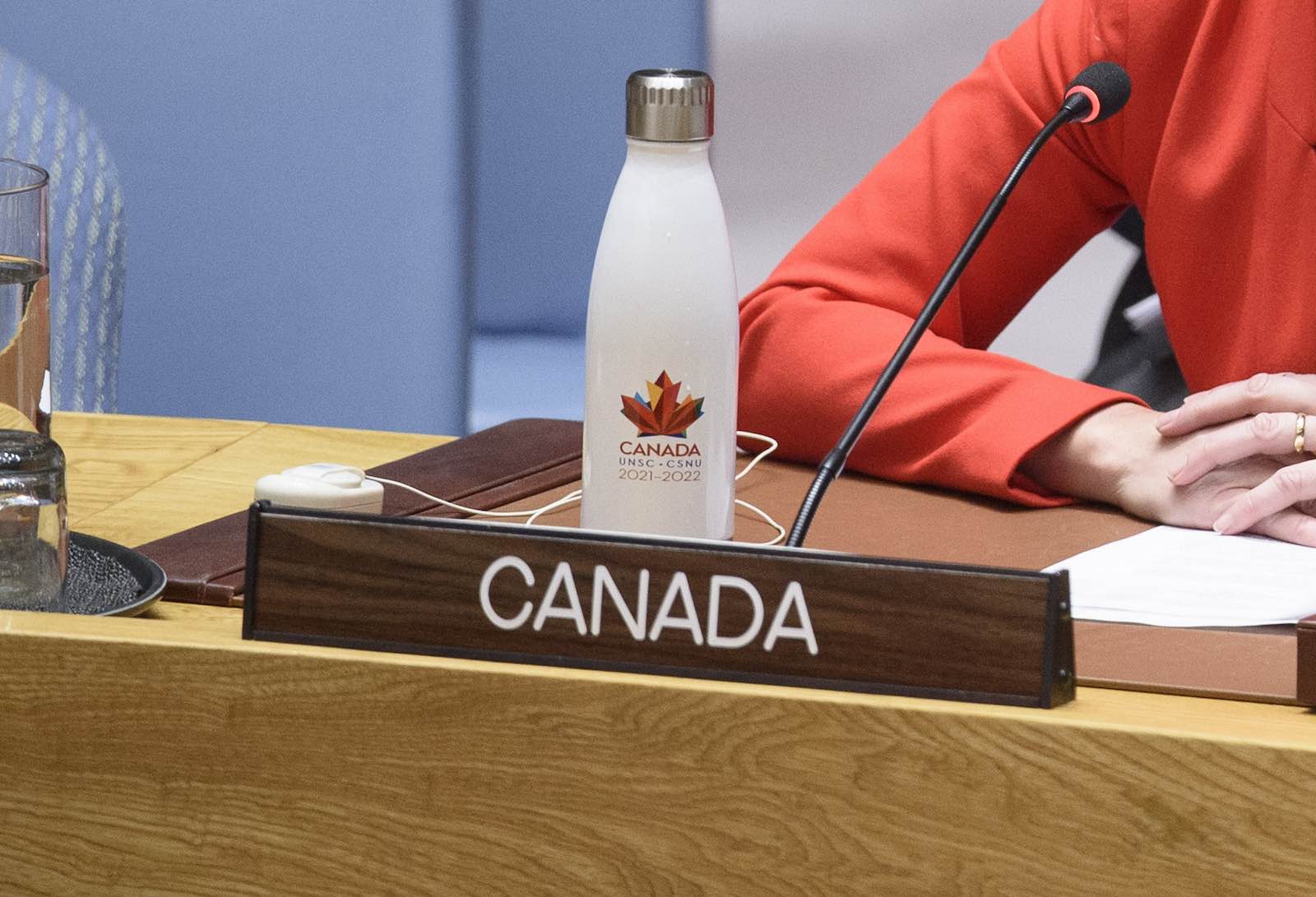 A Security Council meeting in 2019 on the impacts of climate-related disasters on international peace and security (Loey Felipe/UN Photo)
Published 23 Jun 2020 06:00   0 Comments

Last week, the United Nations elected five countries to the Security Council for two years from 1 January 2021: India from the Asia group, elected by an impressive 184 votes of 193 cast; Mexico from Latin America and the Caribbean; Kenya from Africa; and Ireland and Norway from the West Europe and Others Group (WEOG).

Of most interest to Australians was the WEOG contest and outcome. There is a subgroup in WEOG known as CANZ (Canada, Australia, New Zealand). Their location in WEOG when ANZ at least are now clearly part of the Asia-Pacific is itself proof of the anachronism of much of the UN system that has harmful practical consequences for the UN’s effectiveness. The three take turns contesting and lobbying for one another. Australia served with some flair and distinction under Ambassador Gary Quinlan (now accredited to Jakarta) in 2013–14. New Zealand followed immediately after.

Justin Trudeau’s star has well and truly faded from the lofty heights of the initial international excitement and expectations.

Canada last served in 1999–2000. It contested in 2010 under the Conservative government led by Stephen Harper and, for the first time, was rebuffed by the UN community. Harper was widely perceived as having disengaged from multilateralism, as documented in the book Canada Among Nations 2009–2010, from Fen Hampson and Paul Heinbecker.

The Liberal Party returned to power in 2015 under Prime Minster Justin Trudeau who famously declared Canada is “back”. A year later, he announced Canada’s candidacy for the Security Council seat as one of its highest foreign priorities. But last Wednesday, he was brought down to earth with a humiliating first-round exit. To be elected, a country must secure 128 (two-thirds) of the 193 votes. In the three-way contest for the two WEOG vacancies, Norway got 130, Ireland 128, and Canada 108 votes.

The rise and fall of the Trudeau brand

Trudeau promised to restore Canada as a leader on the world stage. Security Council membership would be a key tool in that project at a time when the world is becoming more dangerous, turning inwards and taking a toll on the institutions that facilitate international cooperation. As former UN ambassador John McNee put it, “We have the heft to make a difference, and the DNA for collaboration”. Election to the Security Council would empower Canada to shape the international security agenda, including on new-generation threats such as pandemics, refugees, food security and cyberthreats.

The $2.5 million campaign was built around supporting the most vulnerable – especially in African, Caribbean and Pacific communities hit hard by the coronavirus pandemic ­– highlighting Canada’s traditional role as a global convener, and touting its geopolitical credentials through membership of such key groupings as the G7, G20, NATO, APEC, the Commonwealth and Francophonie, and the Organisation of American States (OAS). This proved double-edged: Canada was seen as already having enough seats at the global top tables, unlike Norway and Ireland.

Seemingly lacking in self-awareness, between the Bollywood costumes in India, blackface incidents at home, and endless virtue signalling and finger-wagging on the international stage, Trudeau’s star has well and truly faded from the lofty heights of the initial international excitement and expectations.

After the vote, Trudeau blamed the result on Canada’s late entry, with Ireland and Norway enjoying a five-year head start and having already received sizable commitments. But that decision was his, not the bureaucracy’s. Stephen Lewis, Canada’s ambassador to the UN in the 1980s, offered a different take:

Through the Trudeau years Canada’s superficiality and insouciance in foreign affairs got through to the rest of the world, and the world decided we were too flimsy, unfocused, ad hoc and chaotic to merit support.

Norway and Ireland beat Canada on two measures that greatly influence many UN members. Norway gives four times as much foreign aid at 1% of GDP compared to Canada’s 0.27%. Ireland is a major contributor, and one of the few stalwart Western ones, to UN peacekeeping operations, from which Canada walked away in the 1990s. Having promised to restore Canadian contributions in 2015, Trudeau took two years to provide 250 troops for a one-year operation in Mali.

Going forward, not back

Both Australia and Canada have traditionally promoted a rules-based international system, cooperation with multilateral institutions and good international citizenship. Differences of nuance between the major parties did not detract from a broad national consensus that these priorities benefited national interests.

Now the international environment is undergoing a profound three-front transformation. Autocratic states are rising around the world and feeling newly emboldened. Democratic states are being destroyed from within with the rise of populist leaders intent on dismantling key pillars of the liberal domestic and international orders. Almost all countries, especially the major powers, have instrumentalised international organisations as vehicles for the pursuit of narrow national interests, rather than maintaining an effective multilateral order as a global public good in its own right.

In such a world, victory in the Security Council beauty contest is the geopolitical equivalent of getting many likes on Facebook. It should not be confused with an effective foreign policy to navigate the ship of state through the gathering turbulence on the high seas of global affairs.

Calgary University’s Jean-Christophe Boucher says, “The social fabric of the international community is unravelling”, as manifested in a decreasing willingness to support a rules-based international system. Australia and Canada should hedge against this by strengthening relations with key states that represent their most important military, economic and political partners. In a rapidly shrinking world, it will be wise to visibly prioritise their respective geography, with an investment in personal relationships, over shared Euro-Atlantic ancestry. Hope and work for the best on a revival of international cooperation, but be prepared for a collapse of international pillars and the return of hard-border sovereign states.