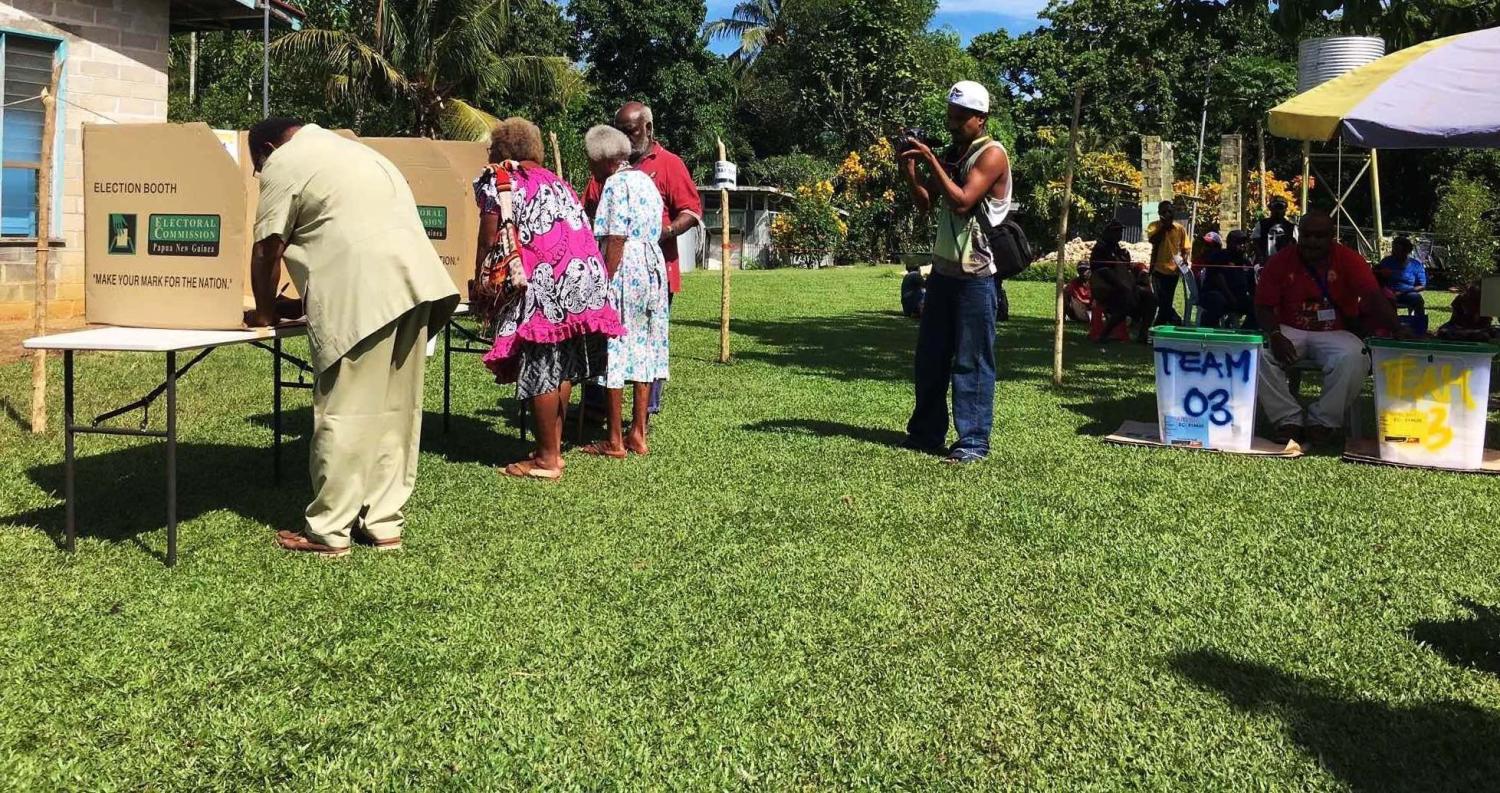 In March, Papua New Guinea Prime Minister Peter O’Neill declared his intention to return to a first-past-the-post (FPP) electoral system. He said his government would introduce legislation to replace the limited preferential voting (LPV) system that had been in place for three general elections, citing the increasing cost and lengthy counting periods under LPV.

PNG moved to an LPV system prior to the 2007 national election. The change was intended to encourage the election of candidates with broader mandates from constituents; to reverse the trend of increasing election-related violence; and to lead to more cooperation between candidates and voting blocs.

It was also suggested that instituting a preferential system would increase women’s representation, with women given further chances in the electoral contest through the collection of preferences, as well as greater ability to participate in elections when given three preferences instead of a single vote.

Instead, women’s representation since the advent of LPV has largely followed the inconsistent pattern of previous elections, with small gains offset by significant setbacks. If we use the first preference vote as a rough proxy for an FPP result, LPV did not change the 2007 election result for women at all. Carol Kidu in Moresby South Open, the sole female winner, was also the leader on first preferences count.

In 2012, three women were elected and LPV did seem to make a difference. Only one of the women elected, Delilah Gore in Sohe Open, led on first preferences. The other two winning candidates – Julie Soso in Eastern Highlands Province, and Loujaya Kouza (then Toni) in Lae Open – placed fourth and fifth on first preferences respectively, but were able to collect enough second and third preferences to win their seats.

Yet these gains were reversed in 2017, when no women were elected. While Gore again was the leader in Sohe Open on first preferences, in 2017 LPV worked against her, with preference distributions eroding rather than consolidating her lead. On the final preferences count, Gore lost by fewer than 200 votes.

While LPV has assisted women in winning seats in several isolated incidents, it has also disadvantaged women, as with Gore in 2017, and more often than not made no difference to their electoral chances. This is because LPV does not change outcomes in the vast majority of cases: in 2007 and 2012, 76–80% of seats were won by the candidate who was leading after the first preference count. Research has found that LPV does slightly advantage female candidates in that they tend to receive more preferences than men, yet the first preference vote remains the key determinant of success.

Since the introduction of LPV, money politics – vote-buying, gifting, and the manipulation of electoral processes through bribery – has proliferated. This has created a political playing field that is further biased against women, entrenching male dominance of parliament and negating any possible advantages of the LPV system for women.

This is not to say that women’s representation in parliament and participation in elections would necessarily improve with a return to FPP. Barriers to women’s equal participation as voters and candidates in Papua New Guinea elections are deep-seated and pervasive; electoral system reform is not and never will be a panacea.

And there are some advantages to LPV, particularly in perceived legitimacy of winners (even if they are usually the same people who most likely would have won under FPP). Yet the drawbacks to LPV, including the administrative cost, lengthening of the electoral process, and rise in money politics, are compelling reasons to look at changing the system.

This week's links include the role for religious leaders and churches in climate change strategies, PNG pollies taking to social media, and the end of RAMSI on the Solomons.
Carlisle Richardson 17 Jan 2020 16:00

Financing the world body is complicated and contentious. Losing the right to vote can be a calamity.
Jonathan Pryke 11 Sep 2017 14:37