Under international law, one country cannot invade another to seize territory – yet that appears to have been endorsed. 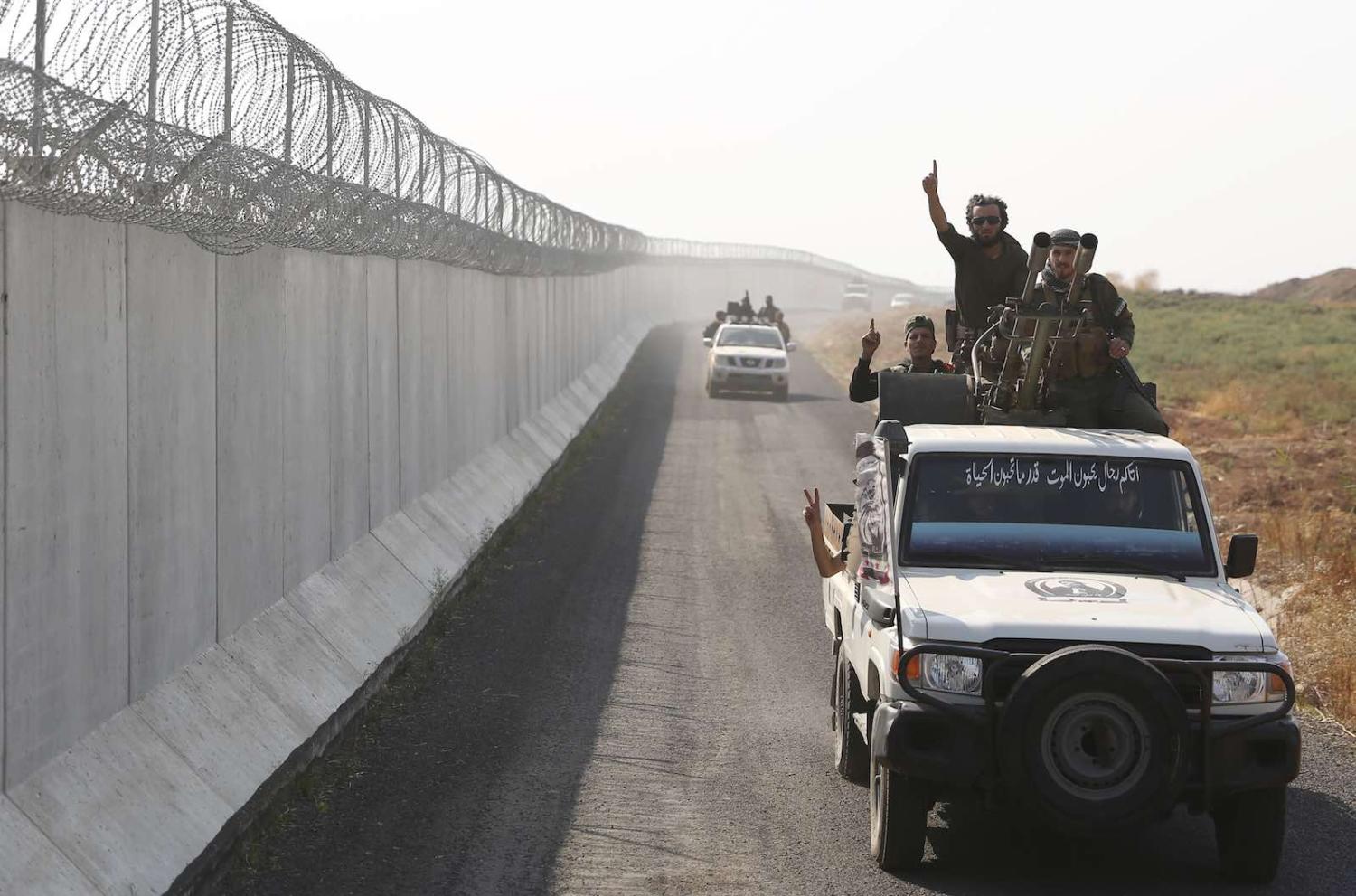 There is a reason the Kurds say they have “no friend but the mountains”. Time and again human rights atrocities have been perpetrated against them, and they are not strategically important enough for any country to take their side.

News of death of Islamic State leader Abu Bakr al-Baghdadi will dominate attention in the coming days. But this should not distract from the regional consequences and indeed worrying international precedent from Turkey’s military offensive this month in Kurdish-controlled north-eastern Syria, aimed at creating a 30-kilometre wide “safe zone” running along the Syrian side of the Turkish-Syrian border.

That the plan has now been formally endorsed by both the US and Russia conveys a message that international law is irrelevant and that Turkey can do whatever it likes.

The US initially imposed sanctions, but then withdrew them a few days later in exchange for agreement by Turkey to allow Kurdish fighters to withdraw from the area. The Kurds said they rejected Turkey’s proposal and would “not accept the occupation”. But they withdrew nonetheless, and then with the Kurdish fighters out of the way, Turkey and Russia proceeded with a deal under which Turkey would retain control of the so-called “safe zone”. This is now done, according to Donald Trump: “Big success on the Turkey/Syria Border. Safe Zone created!”

Under international law, one country cannot simply decide it needs a “safe-zone” in another country, and then on that basis invade that other country, seize territory, and claim it’s theirs by virtue of the fact that they’ve seized it. But this is just what Turkey has done. Not only has this flagrant breach of international law gone largely unchallenged by world leaders; worse, it’s been formally endorsed – first by the US in the deal brokered by Vice President Mike Pence in talks with Turkish President Erdogan on 17 October, and secondly by Russia, in its deal with Turkey last Tuesday.

The US and Russia have effectively ratified Turkey’s unilateral and illegal extension of its border, and in the process, as one analyst observed, “brought an end to five years of semi-autonomy carved out by the Kurdish local administration and its military forces”.

To illustrate the range of situations this could give rise to, one commentator has suggested that based on Turkey’s re-writing of international law:

India can now argue that it needs a safe zone in Pakistan to keep extremists away from parts of the border of Kashmir. Pakistan may need to take over parts of Afghanistan to create Turkey-style safe zones. Russia can say that its role in eastern Ukraine is a “safe zone” or peace corridor. Saudi Arabia now likely needs a safe zone in Yemen. The number of safe zones that can be created on the Turkish model may be endless.

Fortunately, one country cannot by a single act simply rewrite international law, however it does illustrate the seriousness of the precedent.

But in this catalogue of international crimes unfolding in north-eastern Syria, the illegality of the establishment of the “safe-zone” is not now the most immediate concern. Much more odious is Turkey’s plan to populate the area some 2 million Syrians who have fled the war in Syria over the past eight years and have been living in relative peace in Turkey.

The first concern with this is the international legal principle of non-refoulement, which means that one country can’t force someone back to another country where they would face a genuine risk of violence, persecution or other human rights violations. Non-refoulement is a principle of customary international law, so it is binding on all countries regardless of whether or not they’ve signed up to the Refugee Convention, and regardless of any reservation they may have made to that Convention. With regards to Syria, the UN Refugee Agency has determined that due to the ongoing conflict, most Syrian asylum seekers and refugees still need international protection, and that “states [should] not forcibly return Syrian nationals and former habitual residents of Syria”. In short, Turkey can’t legally send refugees back to Syria unless it individually assesses each single case and determines that the individuals to be returned do not genuinely fear violence or persecution.

Second, there is the matter of what Erdogan plans to do with the Kurdish inhabitants of the so-called “safe zone”. Some have warned that Erdogan’s aim is to “radically re-engineer” (or specifically, to “Arabise”) the demographics of the area. The UN reports that more than 170,000 people have already fled, and the influx of two million Syrians – mostly Sunni Arabs from western Syria – will inevitably result in a significant demographic shift. Such projects are known as ethnic cleansing.

Sadly for the Kurds, it wouldn’t be the first time: last year, more than 100,000 Kurds were forced from their homes (many of which were then populated with the families of Free Syrian Army fighters from other parts of Syria) following the Turkish-backed invasion of the Syrian Kurdish enclave of Afrin; and looking further back to the 1980s, tens of thousands of Kurds were killed during Saddam Hussein’s campaign to get rid of the Kurds from northern Iraq. Those who weren’t killed were removed from their villages and forced to sign papers saying they’d never return. The US stayed quiet because it regarded Saddam Hussein as an allay against Iran.

It was bad enough that the US enabled Turkey’s “safe zone” plan in the first place by paving the way for its invasion of north-eastern Syria. The fact that the plan has now been formally endorsed by both the US and Russia conveys a message that international law is irrelevant and that Turkey can do whatever it likes. And that the Kurds still have no friend but the mountains.

Is enough being done to look after international crews aboard “flags of convenience” ships and to maintain global trade?
Hervé Lemahieu, Nicholas Bosworth 24 Apr 2020 11:00

Minority rights are suddenly the new turf for India-Pakistan rivalry

Handing back a Hindu temple in Balochistan appears a deliberate contrast with fears over treatment of Muslims in India.