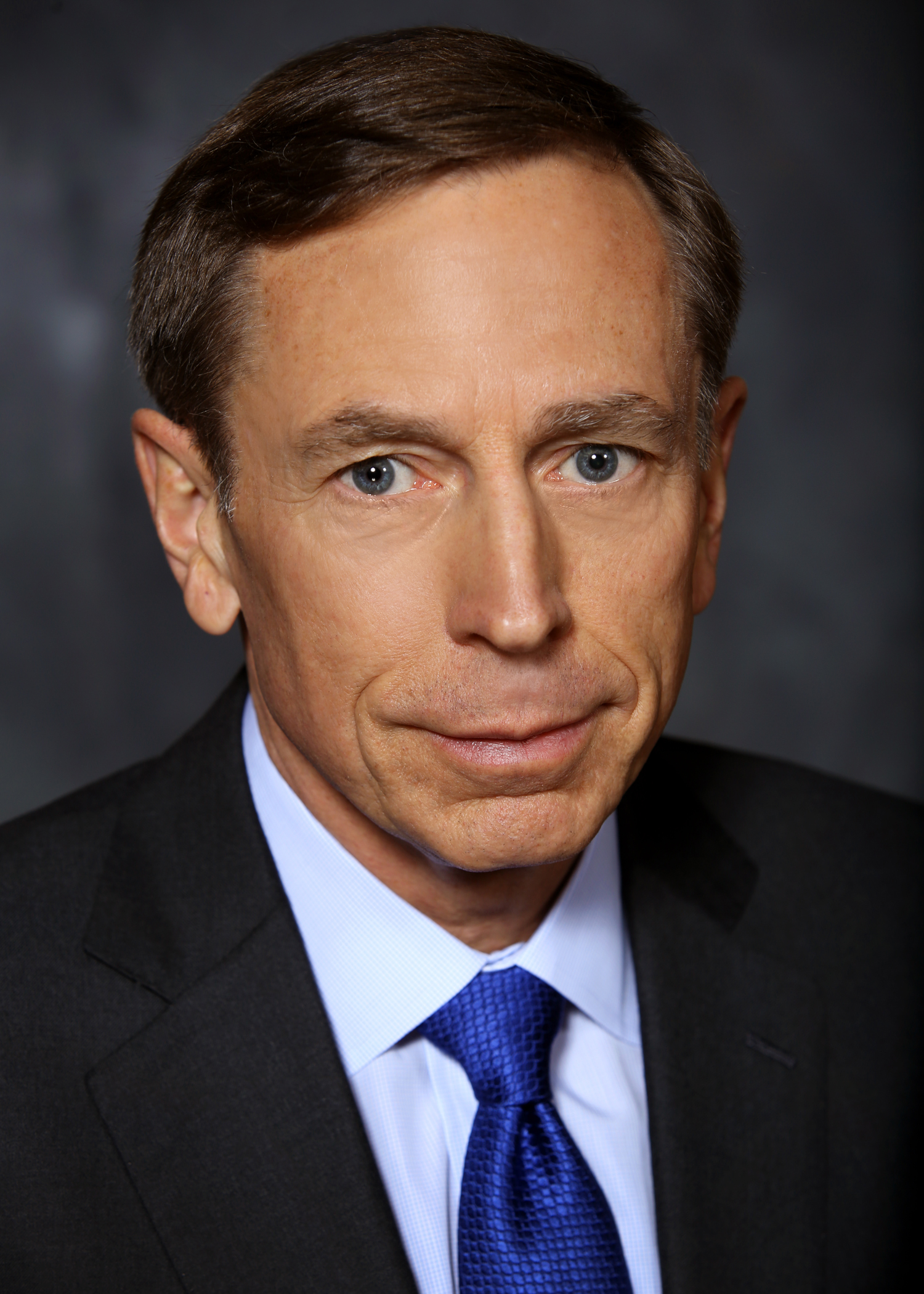 Gen. Petraeus served over 37 years in the United States military.  He culminated his military career with six general officer commands, five of which were in combat, including as commander of coalition forces in Iraq from 2007-2008, commander of coalition forces in Afghanistan from 2010-2011, and commander of U.S. Central Command (CENTCOM), the regional command responsible for U.S. military operations in the Middle East and Central Asia.  He subsequently served from 2011 to 2012 as the Director of the Central Intelligence Agency. Gen. Petraeus is considered the leading architect of the “surge” in Iraq, which he led while commander in Baghdad for 19 months, and which is credited with dramatically reducing the violence in that country.  A “soldier-scholar” with a Ph.D. in international relations from Princeton University, Gen. Petraeus was also a leading proponent of the reform and reorientation of the U.S. military towards “counterinsurgency” during the wars of the post-9/11 decade. Since 2013, Gen. Petraeus has been the Chairman of the KKR Global Institute, the geopolitical, macroeconomic, and long-range strategy unit of the global investment firm Kohlberg Kravis Roberts, where he is also a partner.  He is also a Visiting Professor of Public Policy at the City University of New York’s Macaulay Honors College; a Judge Widney Professor at the University of Southern California; and a non-resident senior fellow at Harvard Kennedy School’s Belfer Center for Science and International Affairs. He is actively involved in a number of veterans organizations and recently led a Council on Foreign Relations Task Force, together with former World Bank president Robert Zoellick, on the future of North America. Gen. Petraeus was born in 1952 in Cornwall-on-Hudson, New York, a small town in the Hudson River Valley, the son of a Dutch (Frisian) sea captain who sailed to America during World War II and served in the U.S. Merchant Marine throughout the war. He is a distinguished graduate of the U.S. Military Academy Class of 1974.  Gen. Petraeus has earned numerous U.S. military, State Department, NATO, and UN medals, in addition to being decorated by 13 countries, including Australia, from which he received the Order of Australia.