Dr. Geoff Raby was Australia’s Ambassador to China from 2007 to 2011. After 27 years in the public service, he completed his Ambassadorial term and resigned to establish Geoff Raby and Associates in 2011.

Dr. Raby was the Deputy Secretary in the Department of Foreign Affairs and Trade (DFAT) from 2002 to 2006. He has held a number of senior positions in DFAT, including First Assistant Secretary, International Organisations and Legal Division (2001-2002), Ambassador and Permanent Representative to the World Trade Organisation, Geneva (1998-2001), First Assistant Secretary, Trade Negotiations Division (1995-1998), and APEC Ambassador (2002-2004). He was head of the Trade Policy Issues Division in the OECD in Paris during 1993-95. 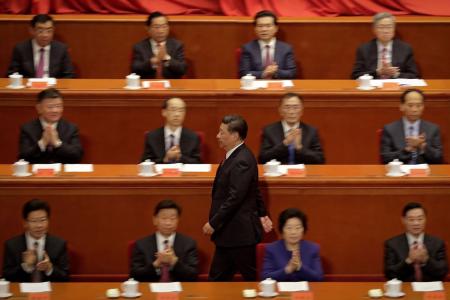 Xi Jinping: much more than just one man
Xi has sworn enemies and many hold grievances, but many more support him and the system of which he is a creature.
Top