Nicholas Gruen is a widely published policy economist, entrepreneur and thought leader. He is currently CEO of Lateral Economics and Chair of:

He is Patron of the Australian Digital Alliance, which comprises Australia’s libraries, universities, and major providers of digital infrastructure such as Google and Yahoo. He is also on the Council of the National Library of Australia.

He was second shareholder and first Chairman of successful San Francisco based startup, data analytics crowdsourcing platform Kaggle.com. He is an Angel investor innumerous startups in Australia and the US including biNu.com a Sydney based cloud delivered application delivering ‘smart phone’ capabilities to the feature phones of the developing world, Melbourne based Breezedocs which is developing semantic document management systems, Roomz.com which aims to be the AirBnB for share houses, Slant.co which seeks to revolutionise consumers’ product knowledge and Sound Focus which is using smartphone technology to deliver non-prescription over the counter hearing aids.

He has advised Cabinet Ministers, sat on Australia’s Productivity Commission and founded Lateral Economics and Peach Financial (Australia’s first discount mortgage broker). He has had regular columns in the Courier Mail, the Australian Financial Review, the Age and the Sydney Morning Herald and has published numerous essays on political, economic and cultural matters several of which have been published in annual “Best Essays” anthologies.

He was a member of a major review into Australia’s Innovation System in 2008, a review of Pharmaceutical patent extensions in 2013. 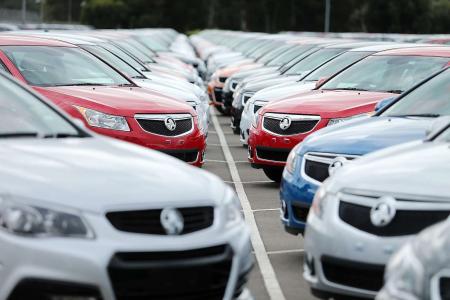 Car manufacturing and Australia: Nothing ventured, nothing gained
What might have been, had Australia had a crack at becoming a strategic hub for niche “world cars”.

We’ve already had Our Very Own Brexit
Instead of munching popcorn at the political theatre, citizens’ assemblies would give the community a chance to reflect.
Australian economic reform: The next generation
Top