Afghanistan: When a song is not just a song

A move to prohibit girls singing was met with a big backlash on social media – a sign of the times, old and new. 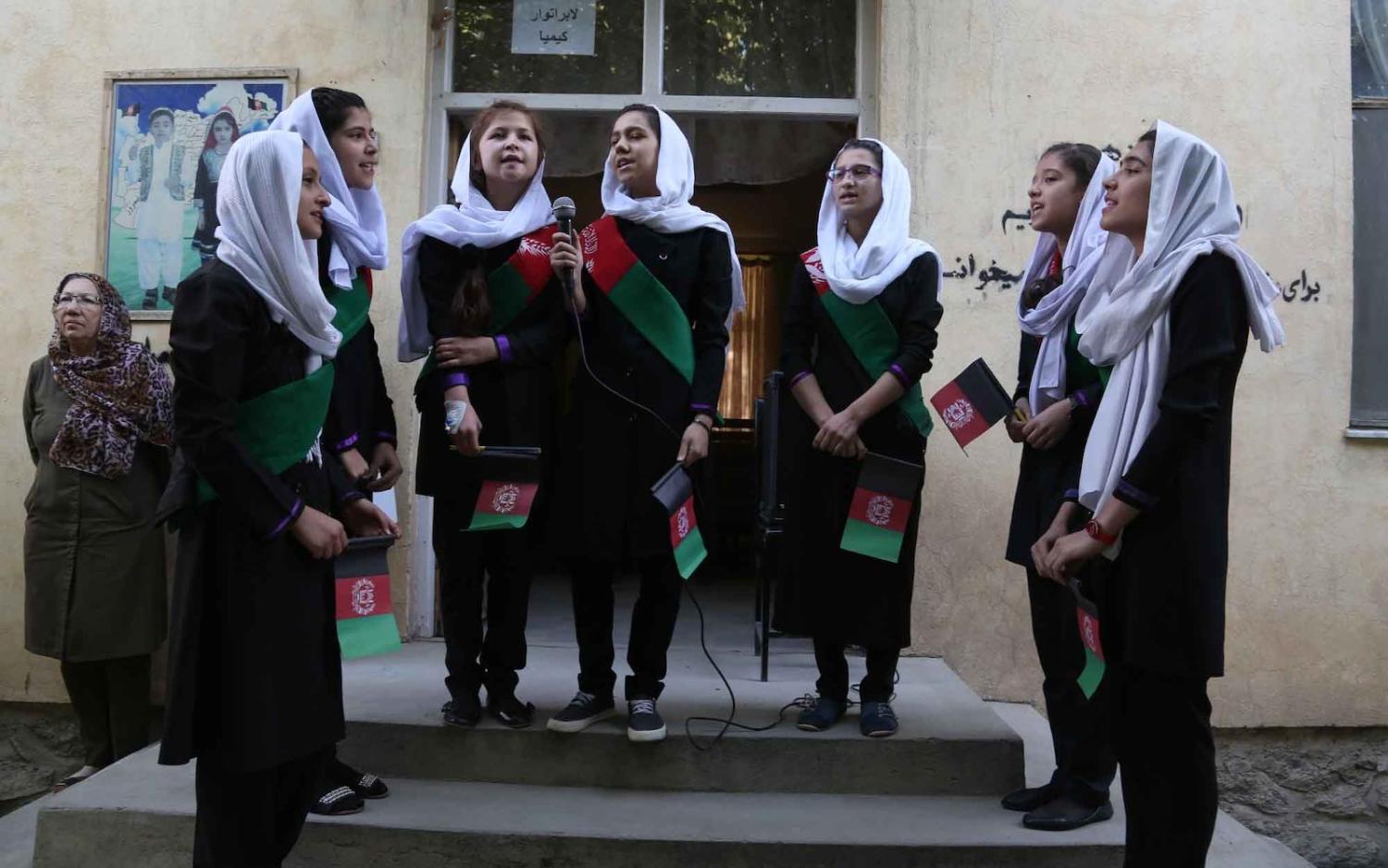 A recent ban on girls’ public singing has demonstrated the continuing struggle between modernising and conservative forces in Afghanistan. Speculation on social media suggested it might also be a sign of the government testing the public mood of what rights it is prepared to sacrifice in order to appease the Taliban as part of the ongoing ”peace” negotiations.

In a remarkable turn of events, a coordinated social media backlash led to a reversal a mere three days later by the Ministry of Education (MoE), which had issued the ban. The reaction showed a vibrant civil society that is quick to mobilise, ready to fight for the rights they cherish and willing to hold government to account.

The speed at which all this played out is a testament to the power of social media in current Afghan politics. It also exceeds some “old democracies” in their relative responsiveness to public demands for greater action on a range of issues, from gun control to protection from sexual harassment and violence.

The ban became public on 10 March through a leaked memo from Kabul’s Directorate for School Education, which declared that girls over the age of 12 should no longer sing anthems or other songs in public places, unless it’s an all-female gathering. Subsequent video footage by government officials explained the ban as a response to parent concerns about ceremonial singing causing disruptions to their children’s education.

The condemnation on mainstream news outlets and social media was swift, inspiring a social media campaign, #IAmMySong. By 13 March, the MoE had distanced itself from the decision, declaring the ban “does not reflect the positions or policies of the ministry”, reaffirming its ongoing support for all students in social and cultural activities, and proposing to investigate the directive further.

This current controversy, however, also needs to be seen in the context of the larger debates about culture and women’s rights in Afghanistan, in particular their right to have a voice in public spaces.

Music has long been the subject of state and religious control in Afghanistan. Even though the Koran does not prohibit music directly, some clerics regard music as a corrupting or shameful practice, associated with loose morals. The total ban on music under the Taliban Emirate (1996–2001) is the clearest expression of this view.

Still, those who know Afghans and Afghanistan have little doubt about the local love for music – it is an essential part of communal life and festivities, such as at weddings, for Nowruz (Afghan New Year) celebrations, or religious holidays. Many Afghans also consider music central to Afghan identity and part of their fundamental rights to cultural expression and civic participation.

Since 2001, the championing of culture and women’s rights by international actors has helped in their restoration, but it has also exposed those issues to being framed as symbols of Western influence.

In many parts of Afghanistan, the “traditional” belief persists that a man’s (and by extension the family’s) honour is strongly associated with a woman’s honour – which has frequently resulted in women’s exclusion from public spaces. Women who enter public spaces, a traditional male-only sphere, already may be perceived as “loose” or disreputable.

Combining such attitudes about women with music’s “shameful” associations can result in female singers and musicians being cast as bringing shame on their family.

Women’s rights and music have historically been the focus of reforms by modernising forces in Afghanistan, as well as emblematic concerns of the international aid project in Afghanistan since 2001. For example, the issue famously forced King Amanullah Khan to abdicate in 1929 when his and his wife Queen Soraya’s efforts to advance women’s rights and promote the arts were met with a backlash. Rejection of women’s rights and musical freedoms formed part of the Mujahideen faction’s mobilisation against the communist government (1978–1992).

Most famously, the Taliban’s draconian oppression of women and banning of music and arts contributed to international condemnation of its Islamic Emirate. Since 2001, the championing of culture and women’s rights by international actors has helped in their restoration, but it has also exposed those issues to being framed as symbols of Western influence in Afghanistan and external interference in Afghan affairs, which the Taliban vehemently rejects.

The controversy over girls’ public singing might therefore be less an aberration than an expression of the historical struggle between modernising and traditional forces in Afghanistan, in which women, their bodies, their voices and perhaps their very being are viewed as a political battlefield that needs to be conquered and controlled.

It might also suggest the emboldening of those members of the Afghan government who share the Taliban’s worldview and position on women’s rights and culture, or are simply willing to make concessions to the Taliban in order to end the decades-long conflict.

The immediate public outcry over the singing ban, however, is an encouraging sign of the extent to which many Afghans have embraced democratic processes and recognise social media’s potential to influence Afghan politics and hold officials accountable.

In a country where only men of a certain age and standing have traditionally been allowed to have their say in politics, it also points to a generational shift in Afghanistan, where nearly two thirds of the population is under the age of 25.

Social media has thus become a powerful space where women and younger Afghans can make their voices heard and defend their rights. Hopefully these online debates will eventually manage to permeate the current intra-Afghan negotiations for peace, where women and youth have been woefully absent.

Previous Article
Female genital mutilation is still a risk – especially in a pandemic
Next Article
Economic diplomacy: Deploying soft power and the future of trade

Prosecution of war crimes in Ukraine are crucial to maintain international law and the peace and security it promotes.
Taylor Dibbert 17 Aug 2020 06:00

The consolidation of Rajapaksa rule promises to accelerate what is already a swing back towards repressive government.
Susan Hutchinson 8 Mar 2017 13:58

What chance do Sharrouf’s victims have for justice now?

Now that Australia has revoked the citizenship of Islamic State's Khaled Sharrouf, will he ever face prosecution for the crimes he has committed?